Tokyo Olympics 2020: Here is the full list of the Indian contingent

The Indian contingent in Tokyo will be 228-strong and would be participating across 18 events. They will be looking to better their tally of 2 medals from the Rio Olympics.

The Euros are over and so is the Copa America. Cricket has also been given some rest as Indian now focus towards Japan where their 228 member team will look to bag a few medals at the 2020 Tokyo Olympics. After bagging just two medals at the Rio Olympics, India will be looking to better that tally with quite a few medal hopes gunning this time in Tokyo. India’s best Olympics in terms of medal tally has been the 2012 London Olympics where India bagged six medals – two silvers and four bronze. India last won a gold medal at the 2008 Beijing Olympics where Abhinav Bindra won in the Men’s 10m Air Rifle event. Here’s the list of the entire contingent that will be participating at the Tokyo Olympics.

India’s biggest medal hope lies in Deepika Kumari. The 27-yearld from Ranchi is in fine form after winning three gold medals at the 2021 Paris World Cup. She is also the current World number one. Tarundeep Rai, Atanu Das and Praveen Jadhav will be representing the men’s team. 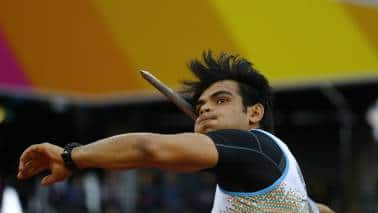 There has not been much to talk about India’s prospects in athletics at the Olympics for a while now. But Tokyo 2020 will see India field twenty-seven athletes in the track and field events. Commonwealth Games 2018 and Asian Games 2018 gold medallist Neeraj Chopra (Javelin Throw) is India’s best hope at winning an elusive medal in athletics. Shivpal Singh is the other contender in the same category. The other athletes from the men’s contingent include Amol Jacob, Rajiv Arokia, Muhammed Anas, Naganathan Pandi and Noah Nirmal Tom (4x400m Relay); Avinash Sable (300m Steeple Chase), MP Jabir (400m Hurdles), M Shreeshankar (Long Jump), Tejinderpal Singh Toor (Shot Put), Sandeep Kumar & Rahul Rohilla (20km Walk) and Gurpreet Singh (50km Walk). 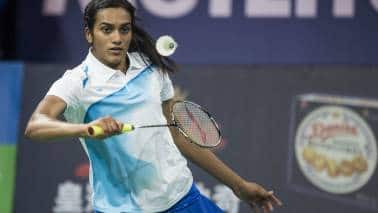 It will be one of the most keenly watched sports at the Olympics. Since Saina Nehwal’s Bronze Medal triumph at the 2012 London Olympics, badminton has been one of India’s top sports at the Olympics. India will be pinning its medal hopes on the four-member team comprising of B Sai Praneeth (Men’s Singles), PV Sindhu (Women’s Singles) and Satwiksairaj Rankireddy & Chirag Shetty (Men’s Doubles).

Five-time World Amateur Boxing champion, Mary Kom is one of the most inspiring athletes of India. She is the only woman boxer to have won a medal in each one of the six world championships. She became the first Indian woman boxer to get a Gold Medal in the Asian Games in 2014 in Incheon, South Korea. Recently Mary Kom wom gold medal in Asian Women’s championship, 2017. (Picture: Reuters)

Another of India’s medal hope, India will be fielding a nine-member strong. After winning a Bronze medal at the 2012 London Olympics, Mary Kom will be looking to add to her tally in what could most likely be her last Olympics. She will be competing in the 51Kg category. The others joining her in the women’s category would be Simranjit Kaur (60Kg), Lovlina Borgohain (69Kg) and Pooja Rani (75Kg). The men’s contingent includes Amit Panghal (52Kg), Manish Kaushik (63Kg), Vikas Krishnan (69Kg), Ashish Kumar (75Kg) and Satish Kumar (91KG+).

The three-member team includes Anirban Lahiri, Udayan Mane and 23-year-old Aditi Ashok who plays in the Ladies European Tour and the LPGA Tour.

After Dipa Karmakar failed to qualify for the Tokyo Olympics, India will be pinning all its hope on 26-year-old Pranati Nayak.

After utterly dominating at the Olympics from 1928-1956 with six successive gold medals, India last won a medal at the 1980 Moscow Olympics where it came first. Since then, there has been a medal drought. But, ranked fourth in the world, the current teams looks like it can take on the best and will look to end the 31-year medal drought at the Summer Olympics. Wrestling is another event at which India will be hoping to bag some medals. Bajrang Punia and Vinesh Phogat are two medal hopefuls for India. Here is the full contingent.