The Indian fan has a volatile relationship with the Olympic sport form. Here's how to watch the Games with greater equanimity, and less heart ache.

After a dream start that saw India win a medal on the very first day of the Tokyo Olympics, the nation has had to endure a dry spell for five days. This has led to varied reactions on social and conventional media, ranging from bitter disappointment, to acceptance, to even awe.

One way of explaining these inconsistent reactions is by invoking the psychological concept of glass half-full or half-empty. But to put this debate down to the binary of an optimist versus pessimist would be oversimplifying matters.

Fact is, the Indian fan and Olympic sport form a rather volatile relationship, which stems from a wide variety of reasons. And so, here’s a guide to equip that once-in-a-four-year-fan with tools to view Olympic performances with equanimity instead of extreme reactions. 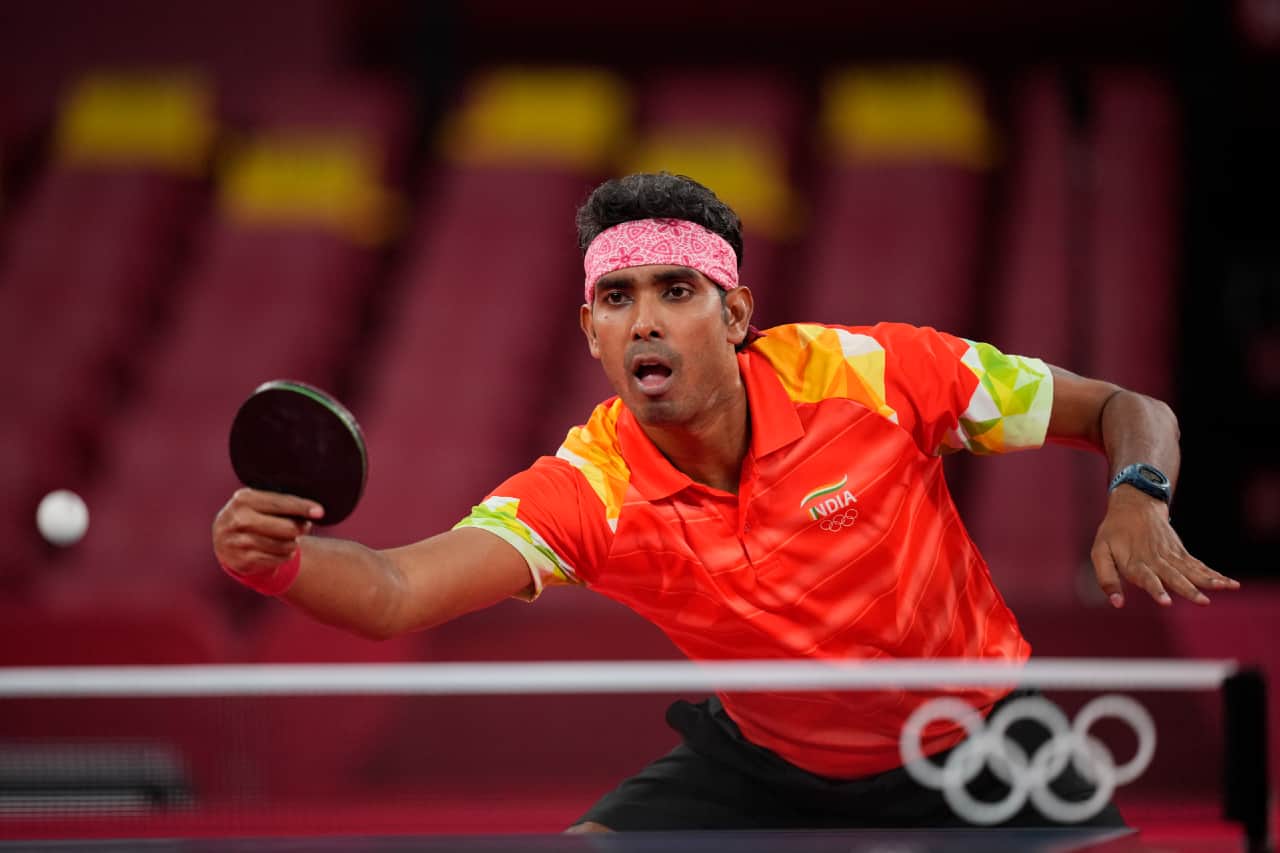 Achanta Sharath Kamal took a game off World No. 3 Ma Long before exiting the Tokyo Olympics on July 27, 2021. Heroic, or disappointing?

One of the perils of watching a sport once every four years is that it robs you of some much-needed perspective. Every performance is judged by the end result—win/loss; and every loss is labelled disappointing.

Normally, this wouldn’t be the case when talking about other, more popular sports. So, if Sumit Nagal takes a set off Roger Federer at the US Open and then goes on to lose the match rather comfortably, we’d still term it as a valiant effort; if the Indian football team draws a match with Qatar during World Cup qualifications, then that’s labelled ‘heroic’; but when Sharath Kamal and Manika Batra lose their respective matches to much superior opponents in table tennis, first-time Olympian Bhavani Devi is eliminated by the World no.3 in fencing and the men’s archery team are blanked by the mighty South Koreans—the most successful team in the sport—these results put together make for a ‘poor’ day for India at the games.

These discrepancies in judging performances across different sports are directly proportional to the level of familiarity with the opposition. Roger Federer’s prowess on the tennis court and Qatar’s reputation on the football field are well known, hence, losses against them are met with balanced opinions. But, since names such as Ma Long, Kim Je Deok and Manon Brunet—legends in their own right—are unknown in India, a loss against them is hard to digest.

One way of overcoming these self-contradiction, and by extension the disappointment, is to follow Olympic sports on a regular basis. Indeed, the Summer Games only come once every four years, but Olympic athletes compete in various other, highly competitive international events throughout the year, none more so than their respective world championships that feature the best participants from the world over.

If not on live TV, most of these events are available to view on their respective federation’s digital platforms, entirely free of cost. And in cases where no live feed is available, live commentary and scores should suffice to keep one abreast with the happenings in their preferred sports. And before you know it, stealing a game from Ma Long in TT will seem like a much bigger achievement than winning a set against Federer.

Losing to a much fancied opponent is one, but what when you are the higher ranked dog in the fight, yet go down without a trace? Exhibit A: select world number ones in the Indian shooting and archery contingents.

This is where the flaws in the ranking system are left exposed. Ranking points are accumulated through the year by playing various competitions across the globe. The more events one participates in, the higher their chances of accumulating points and improving rank. This, more often than not, turns out to be an inaccurate representation of a player’s calibre: mainly because not all top players in the world participate in all of these year-long events. That some of these tournaments are called ‘world cups’, and yet take place four times a year, only adds to the confusion.

Then, there’s also the ‘peak form’ factor. The top contenders that do end up participating in some of these peripheral tournaments don’t always bring their A-Game. Most, in fact, use these events to either experiment or iron out flaws in their game instead of focus on winning a medal. It’s almost like professional tennis where it’s not uncommon for the likes of Federer, Nadal or Djokovic to lose at a few, relatively smaller ATP events but the same players seldom put a foot wrong at the grand-slam level. Sample this: Novak Djokovic is undefeated in the last 21 grand slam matches he’s played, yet he has lost six matches in other tournaments during that period, including defeats against lesser known players like Lorenzo Sonego and Aslan Karatsev. 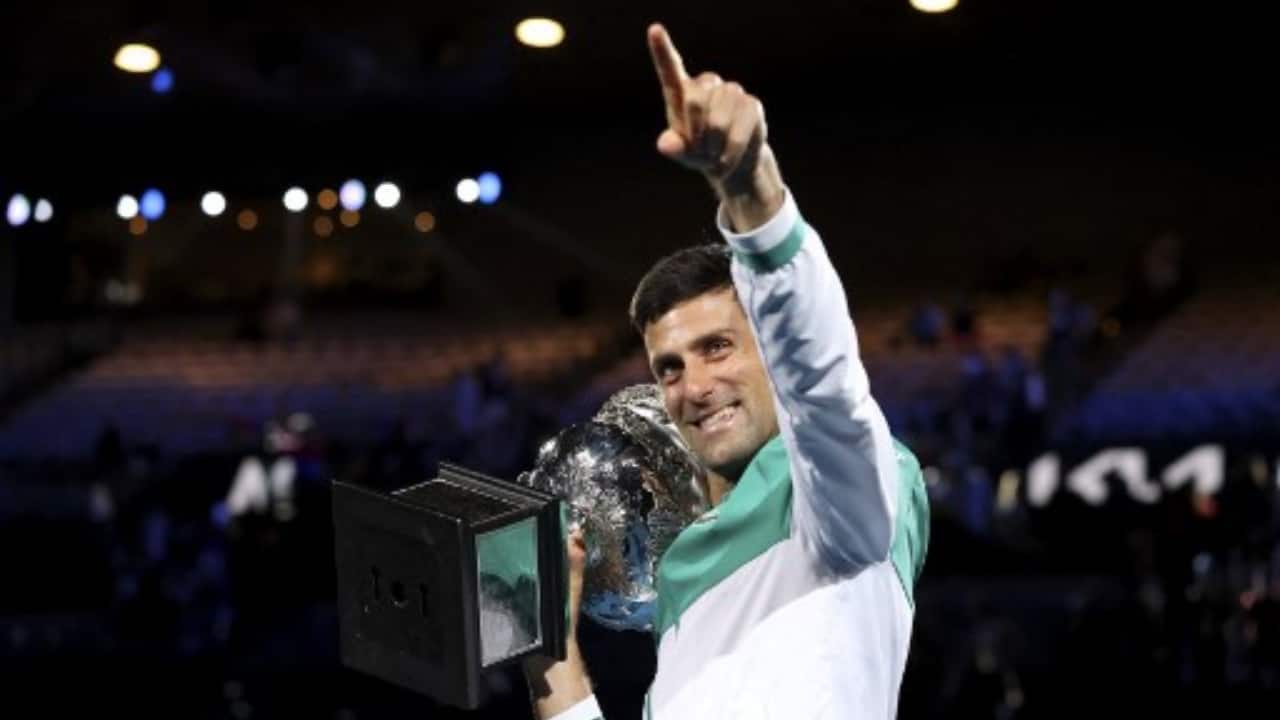 Novak Djokovic is undefeated in the last 21 grand slam matches, yet he has lost six matches in other tournaments during that period. What does that do to World rankings? (Photo: Paul CROCK/AFP)

Bottomline: don’t always take rankings at face value when it comes to an Olympics competition.

In the age of social-media trends, hyperbole is an effective tool. Therefore, when an Indian athlete wins gold at an obscure event abroad, devoid of any meaningful competition, do celebrate the achievement by all means, but don’t fall for social media posts that declare these wins as ‘world-class’.

Most of these false narratives are courtesy marketing and PR agents— it is their job, after all; but what really adds to this mess are the exaggerated messages posted by an army of celebrities that span from film stars to cricket stars, to prominent politicians, to other assorted social media influencers, most of whom are ill-informed about the  athlete or the event and are only addressing their FOMO by posting these trend-inducing, congratulatory messages.

All of this eventually creates hype and builds expectations; and when the same athlete turns up as an also-ran at the biggest stage of them all, the Olympics, bouquets turn into brickbats instantly.

Maybe, then, relying on mainstream media reports rather than social media posts or WhatsApp forwards before assessing an athlete and his/her potential would be a better idea. That is not to say all mainstream media reports are truly objective—being partisan in their reportage, primarily because of their proximity to a certain sport, administrator or athlete isn’t uncommon in scribes—but, by and large, an overwhelming majority of the Indian press is bound to present you with a realistic picture.

Disclaimer: Despite following the above tips to a tee, you may still encounter heartburn when following India at the Games. But then, what’s sport without upsets. Even the best falter more often than they succeed. Naomi Osaka, the US basketball team, Ashleigh Barty, Kento Momota and the Chinese table-tennis team are just some of the big names that have exited from Tokyo without a medal in their hands.

That said, the aim of these guidelines isn’t to suggest that Olympic sport should escape scrutiny, especially when most of them are funded with public money. But such post-mortem should ideally be guided by the spirit of fair play and not by outrage on social media alone.