As Grover Zampa rolls out its unique spices-infused mulled wine-in-a-can and breweries offer DIY kits with pre-cocktail mixes, we put together a guide to making winter’s favourite elixirs at home from bartenders and brand ambassadors of spirit brands.

“Mulled wine is to December what chilled rosé is to the dog days of summer: a delicious and highly Instragrammable way to kick off cocktail hour,” I remember reading this requiem to mulled wine by Shinya Yamao, head bartender of Michelin-starred Piora in New York’s West Village while browsing through a book on winter drinks sitting somewhere in Germany.

The quote has achieved cult status, often being added to books and quotations on the beauty of winter drinks. The history of mulled wine and winter elixirs can be traced back to second century Rome. Romans infused wine with spices to create body warmth that would help them stave off the bitterly harsh winter chill. Manoj Jangid, Director of Food & Beverage, JW Marriott Mumbai Sahar, recalls, “As the Roman Empire spread across Europe, so did the tradition of mulled wine. Believing that spices helped to ward off illness and disease, other ingredients began to be added to the wine during the Middle Ages.”

Today, in different parts of the world you find variations of mulled wine and winter drinks. Kshitij Goel, Beverage Ambassador, W Goa, informs, “French mulled wine is usually suffused by a fresh vanilla pod as a key ingredient, while in Italy herbal liqueur is traditionally used for the mulled recipe.” According to Jangid, in in the Douro and Minho provinces of Portugal, mulled wine is called Vinho Quente and made with Madeira and Port wines.

Winter brews are not limited to mulled wine. You can “mull” almost any spirit with spices. Deep in the Black Forest on a day when temperatures dipped to -5 deg, I remember tasting mulled gin—a warming drink suffused with vanilla, clove, cinnamon and not to forget, juniper, which grows wild in the ancient forests and form the base for gin, at Monkey47 Gin’s boutique distillery.

The big transformation in the world of mulled wines, at least in India, is the launch of the canned version of this winter concoction by Grover Zampa. The vineyard calls Mulled Kadha Wine a product of the times. Sumit Jaiswal, Assistant VP, Marketing & Exim contends, “Since the beginning of the pandemic, there has been a rise in consumption of Ayurvedic remedies and herbal immunity boosters in India. Kadha undoubtedly is ‘The Drink of 2020’, replacing all the possible drinks in the market. What struck me was the similarities between the common spice ingredients used to make mulled wine and kadha. Mulled wine best complements the winter season and year-end festivities. We have infused it with traditional Indian spices.” 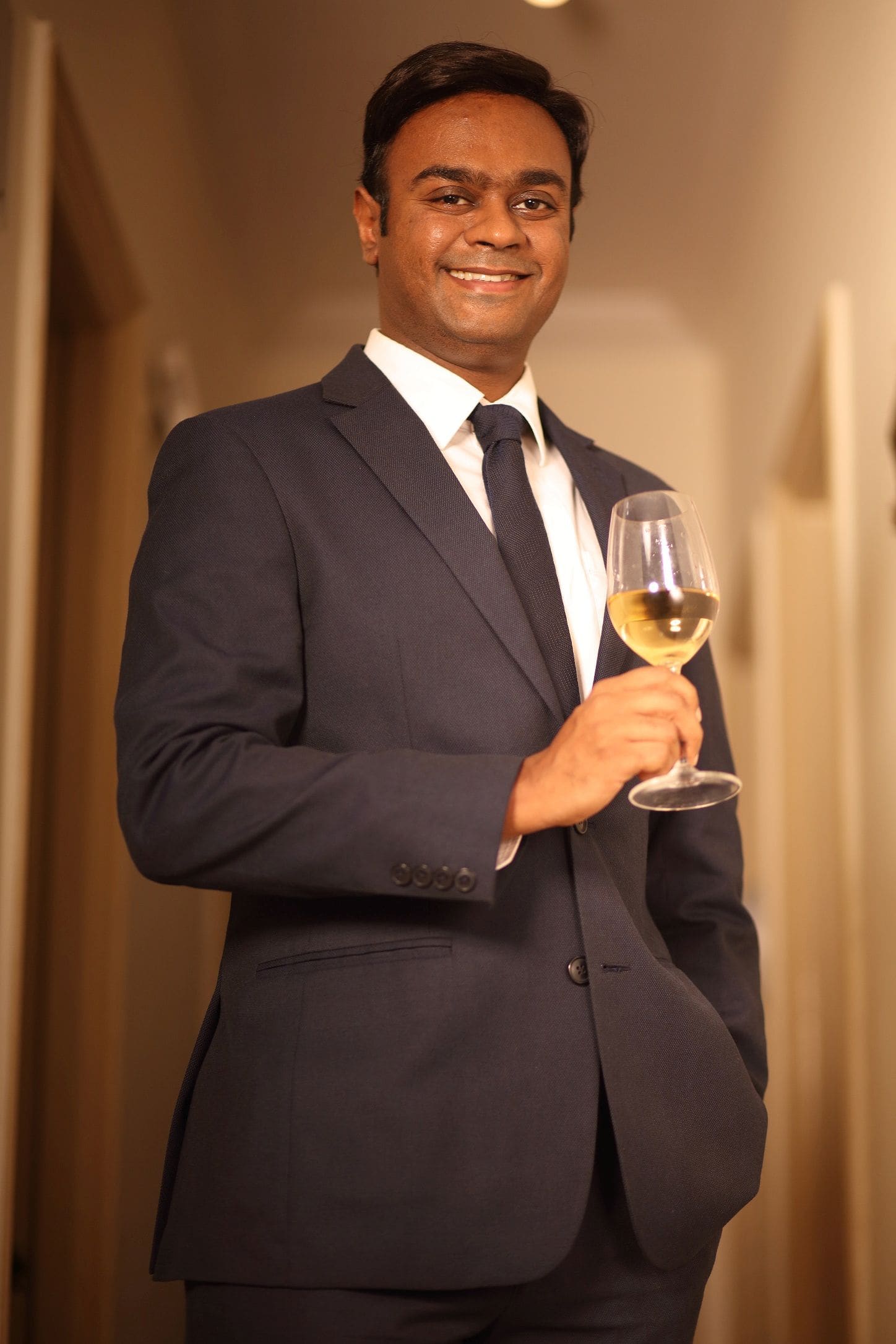 Positioned towards the experimental 20 to 42-year olds, Grover Zampa’s mulled wine-in-a-can turns the concept of the drink on its head. Traditionally, in European countries, it is made fresh at home and sold in Christmas markets. “We infuse the spices a few days before we bottle the wine. Mulled wine is usually made in a pot filled with red wine and various mulling spices such as black pepper, cinnamon, cloves, tulsi, ginger, cardamom, lemon, star anise, parsley, fennel, cumin seeds, orange peel and Kepok buds. We have mulled ours in our small tanks to retain the character of the wine and spices. The blend has been selected for the right balance of the flavours of wine and the spiced ingredients. You have to just warm it to 40 to 60 degrees, which releases the flavour of the spices in the wine.”

On the nose, the red wine has aromas of plum and blackcurrant and whiffs of spicy pepper and the spices. On the palate, it is well-balanced with smooth and round tannins and dark fruit flavours.

Equally innovative are the mulled wine pre-mixes by Supper, a DIY gourmet meal ingredients and pre-cocktail mixes delivery platform. Supper sends out not just the pre-cocktail mixes for your winter drinks but also a detailed instruction sheet. Their mulled wine pre-mix tastes of spices has a hint of orange for the fruity flavour and a few other special ingredients complementing the spices. Supper’s bestseller is a spiced hot chocolate pre-mix with cinnamon, star anise and a touch of nutmeg. Crafters Growler, a Mumbai craft beer brewery is delivering specially brewed winter ciders made with delicious Kashmir apples and flavoured with cinnamon. Semi-dry on the palate, it has substantial body and character and is an explosion of apple pie-like flavours in the mouth.

For those who rather eschew alcohol in a drink but love the flavours of the classics, Svami has launched a non-alcoholic Pink Gin and Tonic crafted from flavourful botanicals such as juniper, strawberries and different citruses. The Rum & Cola is flavoured with vanilla, caramel and cinnamon. “It tastes like a classic Cuba Libre cocktail would, rum, cola, lime and cinnamon,” says Aneesh Bhasin, Co-founder of Svami Drinks. During the season, he adds, Rum & Cola can be served in a tall glass with a stick of cinnamon, while the Gin & Tonics with lots of fresh fruits. However, if you are a lover of tradition and the promise of warmth and flavour held out by mulled wine and winter elixirs, bartenders and spirit evangelists put out their versions. At the beachside hotel in Goa that rocks to its rhythm and is considered the ultimate party hotel in the state, Goel offers the traditional winter drink with a unique W twist. “All the ingredients, including spiced herbal liqueur, fresh mandarin juice and cognac are heated on a low temperature to allow the flavours to blend before pouring in the wine. A dash of vanilla is our secret to enhance the flavour,” says Goel. His personal favourite is Eggnog and his version is a blend of dark rum and brandy-infused star anise, meringue, almond milk and cream, sinfully garnished with chocolate dust. “A new winter cocktail that we’re adding to our drinks menu is the Sparkling Santa Sorbet, a refreshing blend of raspberry sorbet, sparkling wine, gin, Aperol and fresh lime juice.” 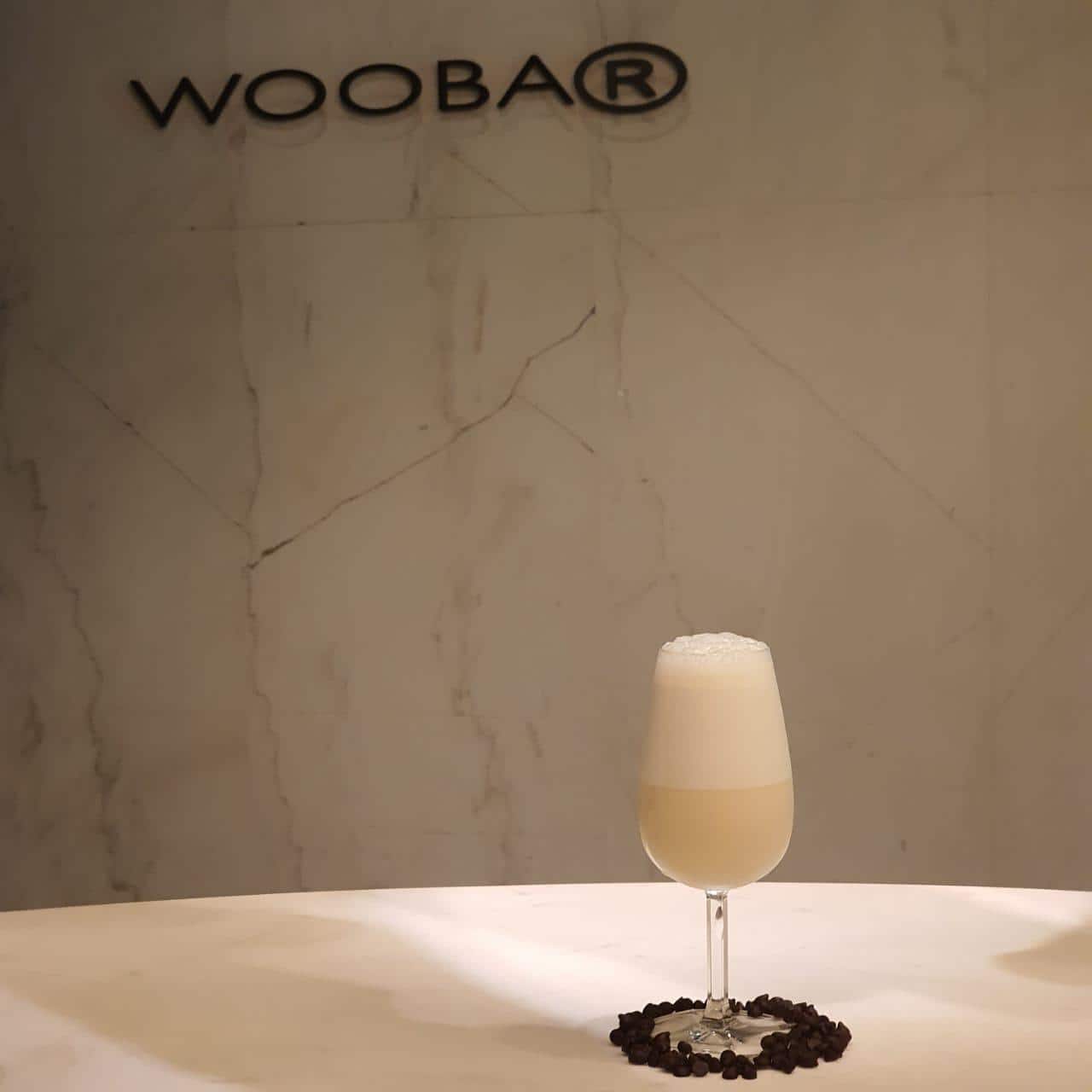 At SOCIAL, Impressario’s chain of bars and restaurants, Patel has combined two classics into one. “We combined parts of Manhattan and mulled wine to create a Mulled Wine Manhattan,” he says 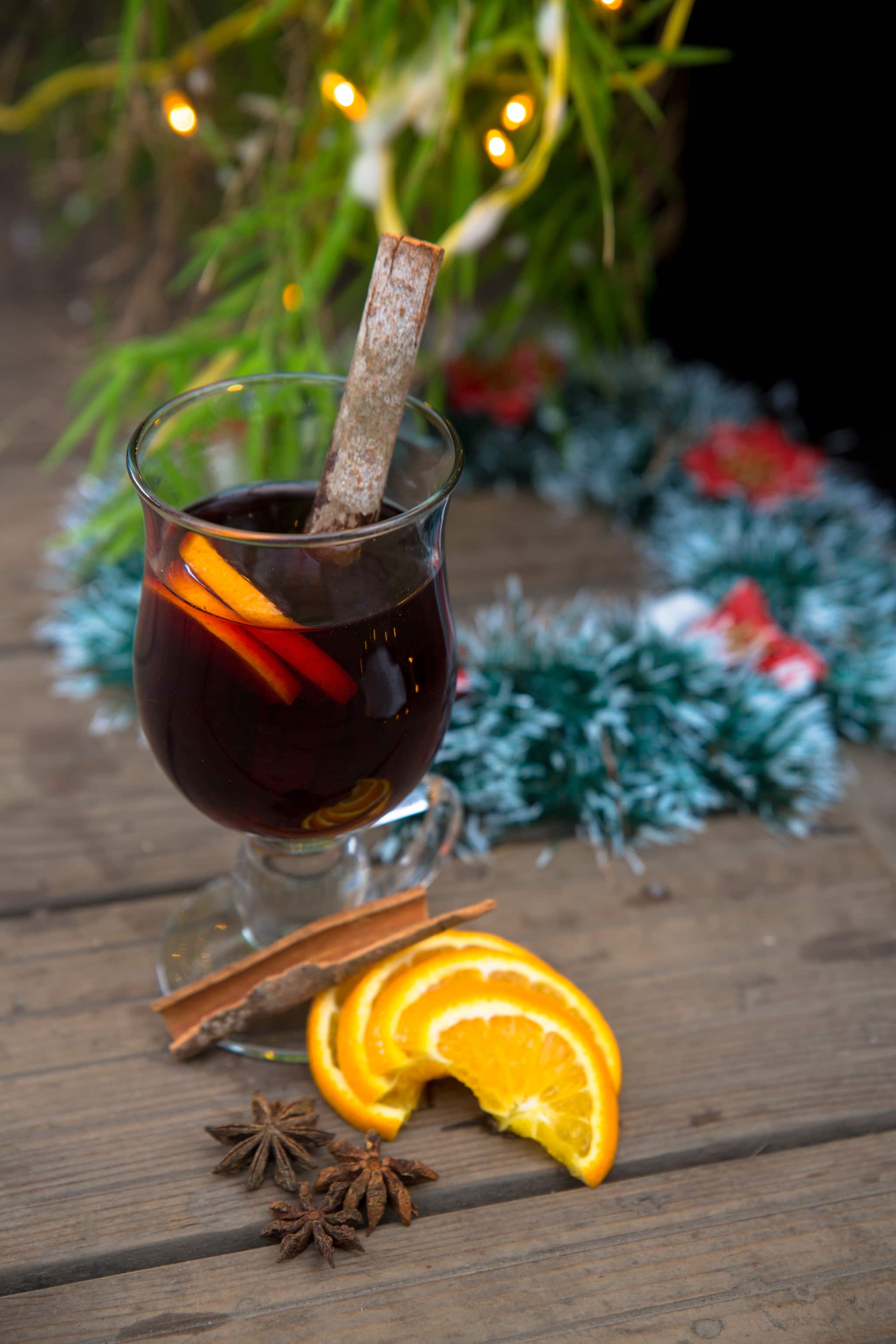 At JW Marriott Mumbai Sahar—Eggnog, a creamy cocktail made of milk, sugar, eggs, and either brandy, rum or bourbon—is a popular winter drink. “It has a frothy texture thanks to the whipping of the eggs and is usually finished off with a sprinkle of nutmeg or ground cinnamon. The drink is said to have originated in East Anglia, a powerful Anglo-Saxon region in England. Another theory links it to Posset, a milk-based cocktail once popular among the rich, who were the only ones who could get hold of milk and eggs at the time. It made its way to the British colonies in America in the 18th century,” says Jangid.

The hotel also serves a mulled wine, imbuing it with fresh orange, lemon and spices such as cinnamon, nutmeg, fennel seed (or star anise), cloves, cardamom, and dark rum.

Khan, a bar manager at this popular bar, uses honey bee brandy and triple sec for a hint of sweetness in his take on mulled wine.

Add all the ingredients and simmer the wine for about 15 to 20mins.

As night lockdowns force bars and restaurants to call off the party early, Akash Tomar, Brand Ambassador, Diageo India has put out an interesting cocktail menu for a house party. “You can whip up a comforting cocktail in minutes with simple ingredients and a variety of spirits, ranging from scotch whisky, rum to single malts.” Among their recommendations is Spiced Walk, a piquant blend of Johnnie Walker, orange, honey and spices such as cloves and cinnamon. Captain’s Hot Chocolate is made of Captain Morgan rum, milk, chocolate powder, cinnamon powder, nutmeg and the winter classic, marshmallows.

Here is another recipe.

Patel recommends the use of port wine and brandy, besides some orange juice, in mulled wine. “I serve it in an Irish coffee glass, brandy balloon or a wine glass. Ideally, glassware with a handle should be used because it is served quite hot." For his version of mulled wine, Patel adds some ginger and bay leaf for the flavour of Indian spices on your palate. Simmer all the spices and sugar with Jacobs Creek for four to five minutes until it is warm. Mulled wine should be pleasantly warm rather than hot.

For his iteration of mulled wine, Singh uses brandy and some maple syrup, besides Mandarin Orange, for a flavour that is tangy, sweet and all things spicy. Chef Aarti Mehta’s favourite childhood memories are of hot chocolate with marshmallows and her favourite treat, Eggnog, every winter. “It's a great drink made with eggs, milk, and cinnamon. It is creamy and perfect for a winter evening.”

Hot Buttered Rum is a rather unusual drink, a concoction of unsalted butter, a spice mix and winter favourites, rum and chocolate liqueur. Interestingly, he serves it in a kulhad. Mix all the ingredients in a kulhad glass and garnish with a cinnamon stick.

Yes, walnut-infused Glenfiddich is a thing. Enjoy its nutty taste with cinnamon bitters and orange peels. Deepali Nandwani is a journalist who keeps a close watch on the world of luxury.
Tags: #Mulled wine #weekend reads
first published: Dec 26, 2020 07:37 am