A non-Bengali Kolkata family that produced six of Satyajit Ray's films has restored them for cinema lovers around the world.

Satyajit Ray's films like 'Charulata' (above) are being screened across the world today, thanks to the restoration work undertaken by his producer's family.

A week ago, Varsha Bansal was at Jeddah's historic Al Balad district standing in a makeshift movie hall to present a Satyajit Ray movie to a Saudi Arabian audience. The 1979 mystery film, Jai Baba Felunath (The Elephant God), was part of eight restored films from around the world that were screened in the Treasures section of the Red Sea International Film Festival, the first such event in the Middle Eastern nation coming out of a 35-year-long ban on cinemas.

"It was incredible; a half-a-century-old film by Satyajit Ray was screened in Saudi Arabia. It is motivating for new generations to watch Ray movies," says Bansal, whose family produced Jai Baba Felunath and five other Ray films. 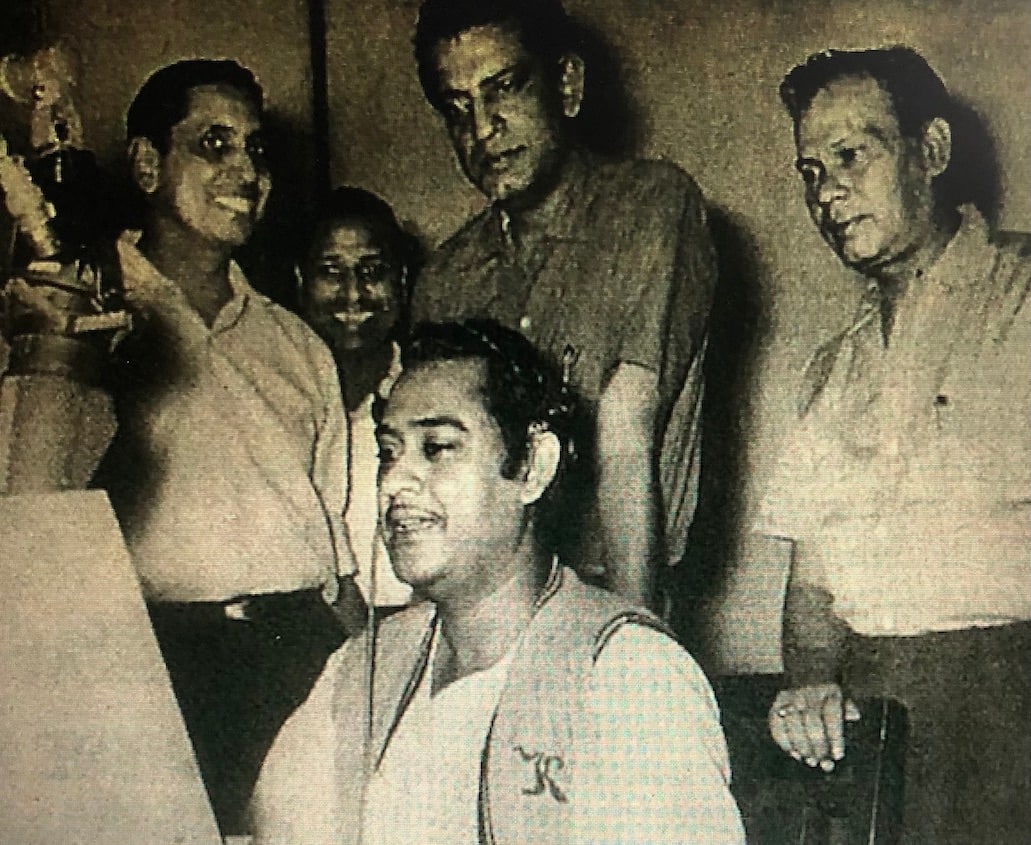 It was Bansal's grandfather, R.D. Bansal - a film exhibitor and producer who worked from an office on the busy Lenin Sarani in central Kolkata's Dharmatala neighbourhood - who began the family's famous journey with the celluloid world of Ray.

"My grandfather was the first non-Bengali producer to back Ray," says Bansal, who heads the international sales for the Kolkata-based family venture, RDB Entertainments.

Between 1963 and 1979, R.D. Bansal produced six of Ray's films - Mahanagar (1963), Charulata (1964), Kapursh and Mahapurush (1965), Nayak (1966), and Jai Baba Felunath (1979). Before him, Ray produced his own films with support from the West Bengal government. Kolkata's Chayabani Pictures was another major producer of Ray films while the National Film Development Corporation came forward late in the '80s and '90s.

"Though Mahanagar didn't do well commercially, my grandfather continued his collaboration with Ray," says Bansal.

R.D. Bansal, who owned five cinemas in Kolkata, also convinced Ray to write a script with a superstar in the lead. The result was Nayak, starring Uttam Kumar, then a giant figure in the Bengali film industry, and Sharmila Tagore, who had already acted in Ray's Apur Sansar and Devi. "Nobody could have done Nayak like Uttam Kumar did," she adds.

R.D. Bansal, whose first movie as a producer was the 1959 Bengali blockbuster Shashi Babur Sansar directed by Sudhir Mukherjee, remained a close friend of Ray till the master's death in 1992. His son Kamal Bansal and Ray's son Sandip Ray continue the family ties set off by their fathers. R.D. Bansal also produced a film directed by Sandip Ray, Nishijapon (After the Night... Dawn), starring Soumitra Chatterjee and Rituparna Sengupta in 2005.

When R.D. Bansal died in 2010, nearly two decades after Ray's death, the negatives of the six Ray films he had produced were facing disintegration like his other works and those of filmmakers like Mrinal Sen.

"We had kept the negatives in a decent condition in our storehouse in Kolkata. But there was a lot of deterioration and wear and tear," says Bansal. "We knew it was our heritage and we must preserve them."

A year later, RDB Entertainments decided to restore all the six Ray movies, beginning a massive process that would last more than a year. Pixion Studios in Mumbai scanned the negatives frame by frame in their laboratory to digitally restore the six movies in 2K resolution.

"We were successful in salvaging the films," beams Bansal, who joined the family business in 1993 after completing a master's degree in film studies from the United Kingdom.

Ray for the World

The first opportunity to screen a restored Ray film from the RDB stable came a year later in Cannes. Part of the Cannes Classics section in 2013 along with Alfred Hitchcock's Vertigo, the restored Charulata received a rapturous welcome from the film world.

Impressed by the quality of the restoration, American home video distribution company The Criterion Collection quickly became an RDB partner for distributing restored Ray films in the United States. In the same year, the restored Mahapurush was screened in Venice and Mahanagar at the BFI London festival. Nayak was part of the Berlin festival in 2014. A decade ago, The Criterion Collection also ventured into restoring Ray's Apu trilogy (Pather Panchali, Aparajito and Apur Sansar) in partnership with the Academy of Motion Picture Arts and Sciences.

The negatives of the six Ray movies produced by RDB Entertainments are currently kept in safe custody of the Austrian Film Archive in Vienna. "We sent the negatives for archival purposes to Vienna in 2014. The negatives are stored there on our behalf. We are planning to bring them back to India and keep them in a lab in Mumbai," says Bansal. The 30mm positive prints are stored at the Academy of Motion Picture Arts and Sciences in Los Angeles.

Since the restoration a decade ago, Bansal and RDB Entertainments have been spreading the magic of Ray's movies to the corners of the world. In the birth centenary year of the master, RDB's distributors of Ray films have extended to countries like France, the US, UK, Benelux nations, Argentina, Japan, Poland, Portugal, Spain and Mauritius. Bansal also represents eight restored films of Rays produced by Chayabani and Aurora Films for global distribution.

In France, where Ray is hugely popular, six of his films will be released in March 2022 in blu-ray. "We are excited to release the first Satyajit Ray video box set in France in a tribute to the works of the master," says Vincent Paul-Boncour, president of French classics distributor Carlotta Films. "Thanks to RDB, to make (re)discover this very modern, ageless director to the French audience and a new generation of cinephiles," he adds.

In Jeddah, watching Jai Baba Felunath at the Red Sea festival with Saudi cinema lovers were a large number of Indian immigrants. "The restoration of the film is to be appreciated," says Aslam Alangadan, an engineer from Kerala. "Such an old movie seemed so flawless on the screen," he adds.

Red Sea festival's artistic director Edouard Waintrop was excited to show the restored classics, including Ray's, for the first time on the big screen in Saudi Arabia. "This is a particularly exciting time to show them, as it allows not only the celebration of these films once again, but also shows the ways in which they have inspired the latest generation of filmmakers," says Waintrop, the former head of the Director's Fortnight parallel programme in Cannes. 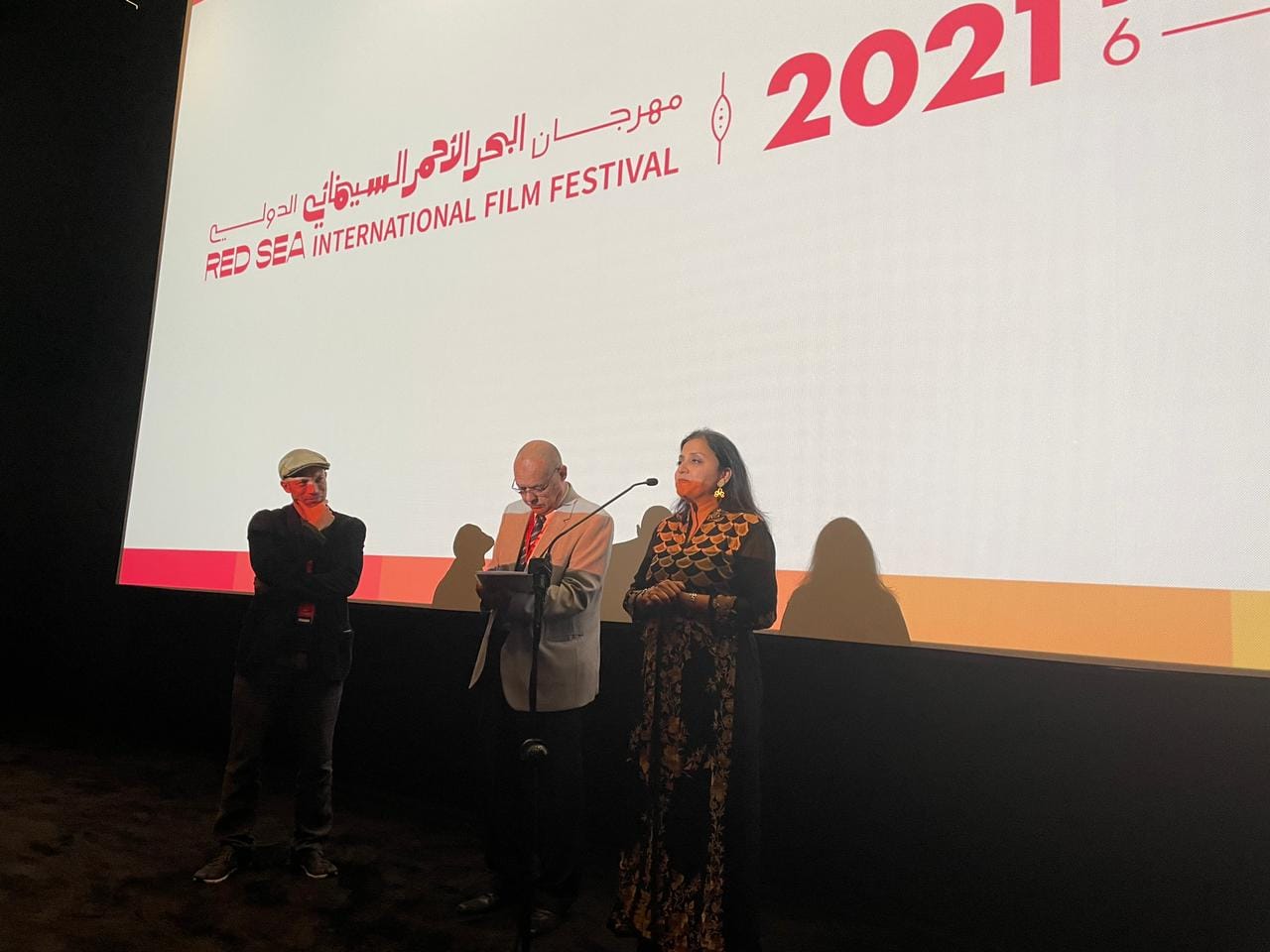