Contest Alert:2 days left to win Amazon vouchers worth Rs 5000. Take the MCPRO Quiz today to grab yours!
you are here: HomeNewsTrendsFeatures

Review | 'Orienting: An Indian in Japan': A moving portrait of the country, by a globetrotting journalist

A memorable memoir of absorption of culture and making a place home, of engaging with the unfamiliar with curiosity, respectfully and without exoticizing it, and letting it make a home in you.

Sake at Meiji Shrine in Tokyo (representational image). The picture of Japan that emerges from the book is of a nation that is a mix of modernity and ancientness, and liberal and conservative practices.

The second year of the Covid pandemic - and umpteen lockdowns - is half done. In this period, much of the world parked itself at home. For most people, travel, brief though it may be, is still fraught with risk – for some, a visit to the grocery store is still an expedition.

When many of us hesitate to go to a neighbouring district, a new memoir sparked by relocation to a different nation and culture will stoke our fantasies of exploration. Yet to see the book as a fantasy-stoking tool alone would be a disservice to the book. It is much more. It is an account of the absorption of another culture into one’s skin, and why doing so is splendid.

The book is Orienting: An Indian in Japan by Pallavi Aiyar, published by HarperCollins India.

The author makes us walk with her through the Japanese urbanscape, including Tokyo. There is an engaging anecdote about how the author lost her wallet, and found it with its contents intact, lying at a local police station.

This provides an occasion for a cultural insight. We are told how honest the Japanese are: “... conscientious finders handed over more than 4.1 million lost items to the city police in 2018... 3.8 billion USD was found and handed in, in Tokyo alone”.

We are told the Japanese upbringing includes a sense of values “wherein the comfort and needs of others were placed on par, or above, their own”.

Further details of daily life follow. We are told that Tokyo is safe enough for small children to travel by themselves on the metro.

While describing daily life, the book also addresses stereotypes about Japan. For instance, Japan being technologically advanced; not in daily life, we’re told.

The author writes, “Japan... felt dated, as if it still existed in the pop hits of the 1980s”. Many restaurants accepted only cash, she found it complicated to open a bank account, and even using an app to hail a ride. Japan, it dawns upon us, is a mix of modernity and ancientness, liberal and conservative practices, and in its own distinct way.

Wonderfully and movingly, the book immerses us into Japanese culture. We are invited to use our intuitive faculties to commune with Japanese art and philosophy. A flavour of beautiful concepts such as mono no aware comes our way, or “... roughly speaking... the pain of the finiteness of things, laced with the knowledge that transience was an essential part of their beauty”; and this discussion comes while the author decides to visit Kyoto, where she would miss the transient, gorgeous season of cherry blossoms.

We are told about wabi sabi, the embrace of imperfection and even ugliness in art, after the author describes her visit to a master craftsman working in kintsugi, or mending broken pottery with “gold dusted lacquer”. We are told, “... kintsugi’s power was in its refusal to disguise the brokenness of an object... It did not aim to make what was broken as good as new, but to use the cracks to transform the object into something different, and arguably even more valuable”.

We are told of Japanese poetry, specifically haiku (three line poems), which the author quotes at various places in the book. The author delves into the intricacies of Japanese food, and how it is influenced by Japanese philosophy and aesthetics. We are told of “the Zen centre, the importance they (arts and crafts) placed on repetition, their focus on the moment rather than on the end, their belief in simplicity”. We are left marvelling at it all.

But we are shown how Japan spills out of the “lightly scented temples to neutral colours and tidiness that Muji catalogues would have us believe the average person in the country inhabited”. Most Japanese homes are small, untidy - and unlike the beige-and-white catalogues we see.

Many Japanese homes are tiny and untidy; Japan, in the period described in the book, is “the world’s second-highest user per capita of plastic packaging”, therefore, a major producer of waste.

And Japan faced, and faces, daunting social problems. Over a million people are hikikomori, social recluses who “often (refuse) to leave their homes for years on end”. We are told of karoshi, literally death by overwork. Also, Japanese orderliness and civic sense has a dark side: “suppression of idiosyncrasy and spontaneity”. Japan has its version of caste discrimination, and racism is deeply ingrained. The suicide rate in Japan exceeded that in the USA, UK, and Canada. Japanese politics is ridden with nepotism and corruption. And patriarchy is rife. Tokyo Medical University in 2018 “admitted to having regularly subtracted points from the test scores of every woman who took the entrance exam” to keep the number of women doctors low. Women are rare in politics, and absent from sumo wrestling, as well as positions of authority in companies. All these are not only described, but also placed in historical and cultural context, which is most welcome.

At one place, we find this gem: “Japan was both deeply Zen and deeply troubled. Only naive observers felt discomfort with contradiction... the truth was rarely singular and always messy... Japan, I realized, was both profoundly healing and deeply broken”.

Speaking of home: India’s relationship with Japan is covered thoroughly. We are told how private individuals brought the nations together; for instance, Rash Behari Bose, who escaped from the British Raj’s persecution all the way to Japan. His political activities shaped sensibilities there. Also, we are told the fragrant tale of how he brought an authentic Indian curry to Japan, which is made and relished to this day.

There is the thought-provoking story of Indian jurist Radhabinod Pal, revered in Japan for his “participation in, and eventual dissent from, the Tokyo War Crimes Tribunal”. Pal “did not absolve Japan of wrongdoing. His intention was rather to highlight the flaws in the trial (of top Japanese leaders)”. Pal’s other major point was that the nuclear destruction of Nagasaki and Hiroshima “should also be counted as major war crimes”.

Individuals such as these are why Japan and India “(enjoy) a historically uncomplicated relationship”, we are told, though Buddhism is an influence, as is Jawaharlal Nehru.

Coming to recent times, the author writes of the bromance between Indian Prime Minister Narendra Modi and then-Prime Minister of Japan, Shinzo Abe. Their relationship resulted in, among other things, the Mumbai-Ahmedabad bullet train project, for which Japan has extended an epic loan to India. The project is floundering, and if it fails, “it could indicate other snags in any potential Tokyo-New Delhi éntente”.

We are introduced to Yogendra Puranik, “the first-ever Indian-born Japanese politician”. His story serves to highlight the status and position of foreigners in Japanese society; the picture is nuanced in its greyness.

There are niches and alcoves where Indian popular culture flourishes in Japan. The author meets four members of the Tokyo fan club of film superstar Rajinikanth, which boasts some 3,000 members. We are introduced, for instance, to uber-fan Hiroyushi Takeda, whose mannerisms seem to be inspired by Rajinikanth, and who has even imported an autorickshaw for moving around in Tokyo. 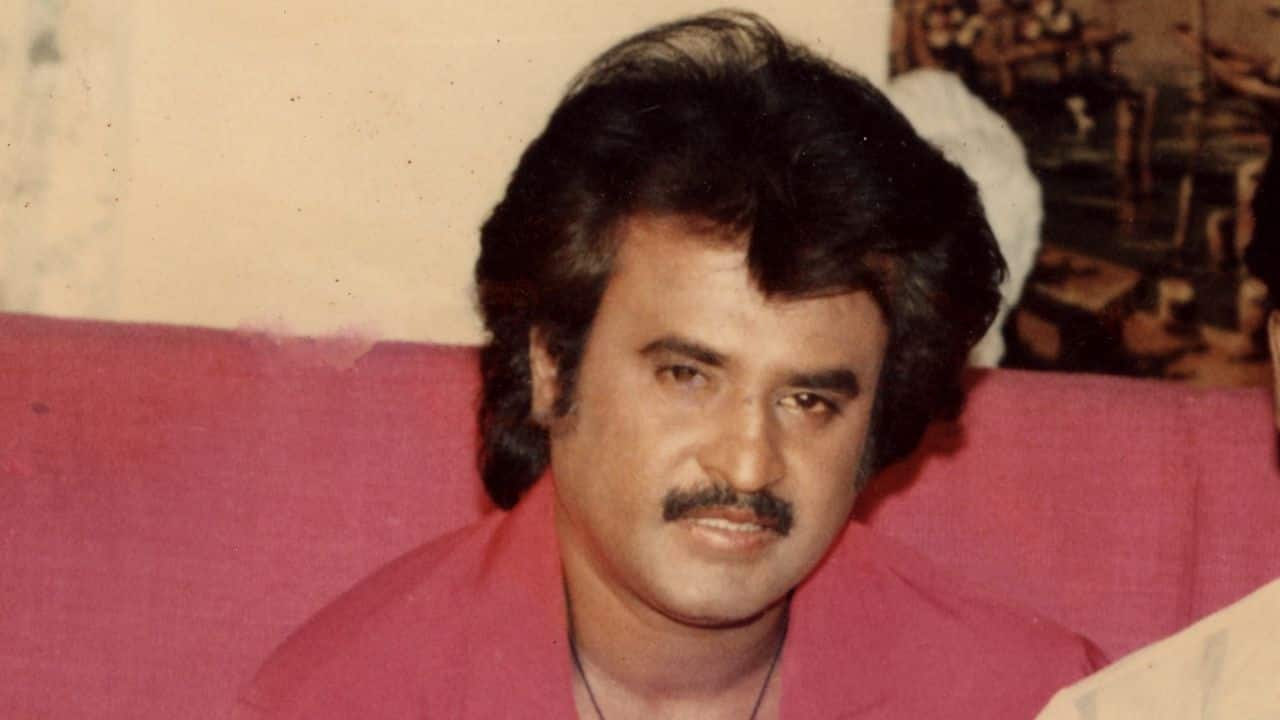 A 1989 photo of actor Rajinikanth, on the sets of 'Raja Chinna Roja'. (Photo by Mperumal via Wikimedia Commons CC 3.0)

The last part of the book deals with the author’s experience of living through the pandemic in Japan. The country mishandled the crisis, partly because of Prime Minister Abe being “ostrich-like in his denial of the virus’s seriousness, particularly in the insistence that the Tokyo Summer Olympic Games remained on schedule”. Denying reality to pursue a grandiose plan? Sounds familiar.

The Games were postponed only when the number of Covid cases spurted in Tokyo. Here, we are given a deft analysis of culture and its impact on the pandemic. The authorities suggested a lockdown, and Japan’s “peer pressure and a culture of conformism” along with “mask-wearing and civic discipline” ensured that the lockdown was successful.

Yet Japan’s “failure to embrace digital transformation” hurt it,  because many companies “had no systems in place to allow staff to work from home”. Nor did several schools. For instance, we are told of a Japanese school that mailed work sheets to students’ homes, and wanted the sheets filled in and mailed back.

The author, Pallavi Aiyar, is a senior journalist who has lived in various countries with her family; she has published a number of books about her life in these places. Until recently, she wrote a regular column from Tokyo for The Hindu newspaper. She has also edited a splendid anthology called A Thousand Cranes for India: Reclaiming Plurality Amid Hatred, which brings together nonfiction, fiction and poetry by various writers to share a “conversation about the fault lines in India at a time of Darkness” (from the publisher’s description).

Orienting is a memorable memoir of absorption of culture and making a place home, of engaging with the unfamiliar with curiosity, respectfully and without exoticizing it, and letting it make a home in you. The book is accessible, simply written, moving and humorous, and always nuanced.

Orienting is a valuable reminder to set aside hatred of differences, social and religious, domestic and international; that an open-hearted engagement with another culture enriches the self. That belonging and home are, for many people, elastic and portable concepts, to which they are not attached with iron chains. Tokyo is safe enough for small children to travel by themselves on the metro, Pallavi Aiyar records. Lost money and items worth billions are turned in to police stations every year.
Suhit Kelkar is a writer whose journalism and poetry have appeared in publications from India and abroad. He is the author of a collection of poetry, and one of poems and photos. He tweets @suhitkelkar.
Tags: #Anthropology #books #Covid in Japan #culture #HarperCollins India #history #Japan #Orienting: An Indian in Japan #Pallavi Aiyar #Tokyo Games #Tokyo Olympics
first published: Jul 18, 2021 10:53 am