Bethany Hamilton: The one-armed surfer who made the impossible possible

Bethany Hamilton not only recovered from the loss of an arm in a shark attack but went on to become one of America’s top surfers and sporting icons.

Bethany reached the finals of the NSSA National Championships three years in a row after her limb loss, and won one of them.

There were 55 unprovoked shark attacks around the world in 2003. One of them happened to a 13-year-old in Hawaii, whose left arm was bitten off by a 14-foot shark while she was surfing with her best friend. Miraculously, she survived. Even more miraculously, she went on to become one of America’s top surfers, a guest on numerous TV shows, a happily married mother of two, and a role model for women the world over. And Bethany Hamilton isn’t done yet. After authoring eight books, the 30-year-old has been the inspiration behind two movies on her life, the most recent one being the 2019 documentary Bethany Hamilton: Unstoppable. She also runs Friends of Bethany, a non-profit that hosts events called ‘Beautifully Flawed’ for girls aged 14–25 who have experienced traumatic limb loss. They are given practical health tips that specifically account for limb loss, postural training, and – of course! – surf lessons. 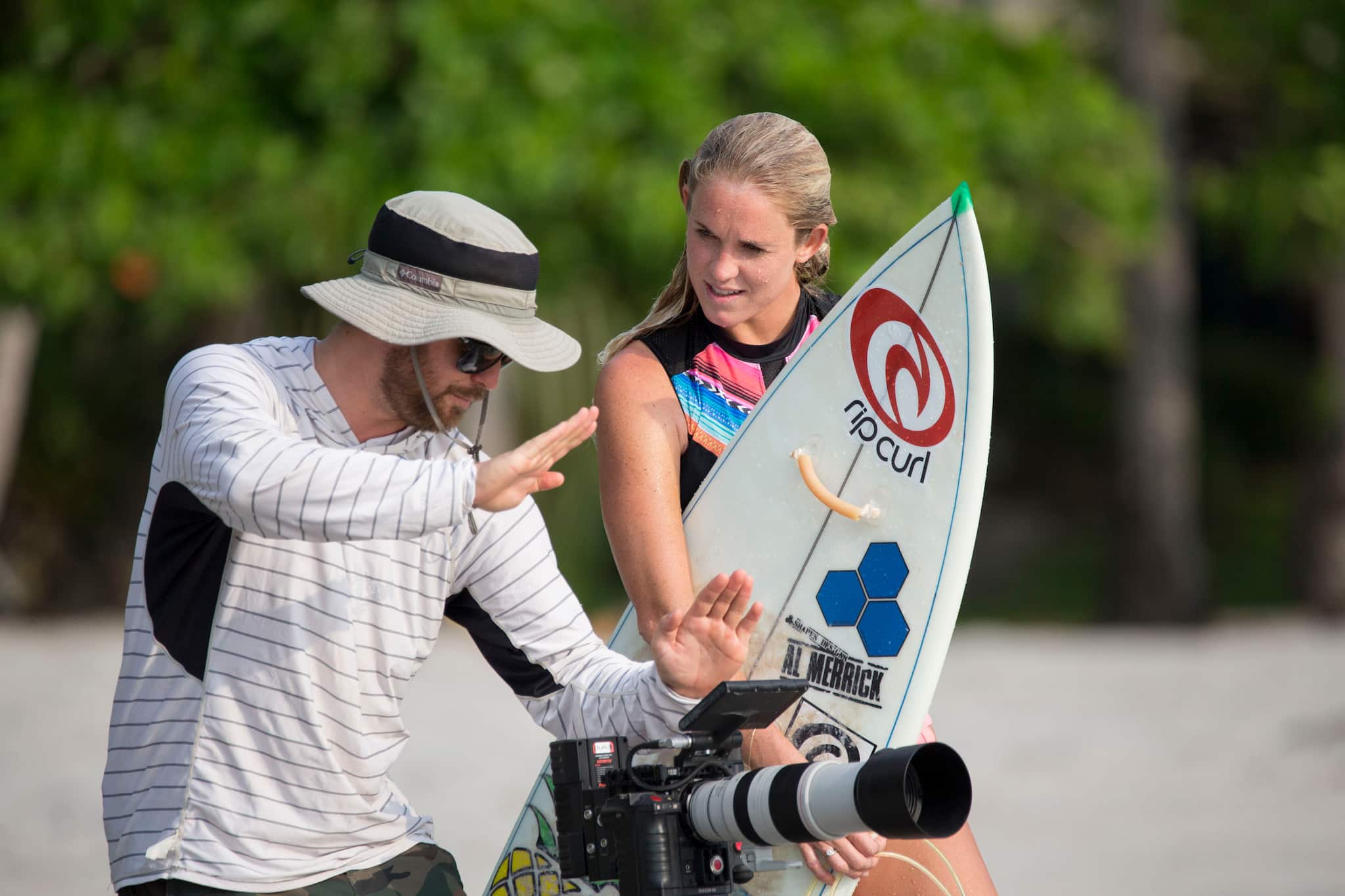 During the shoot of the 2019 documentary on her life Bethany Hamilton: Unstoppable.

This March, before coronavirus put a halt on sporting events worldwide, she also announced her intention to participate in the qualifying series for the World Surf League’s Women’s Championship next year.

Born in Hawaii, Bethany grew up in a devout Christian family and learnt early on to seek God in all the ups and downs of her life. Even as a 13-year-old, she says the foundation that her faith had established helped bring her peace and strength. At one of Bethany’s ‘Beautifully Flawed’ retreats for young girls who have experienced traumatic limb loss.

“The Bible verse John 16:33 says, I have said these things to you, that in me you may have peace. In the world you will have tribulation. But take heart; I have overcome the world. This verse reminds me that God knows what we may face, that this life will have hardship. But I can wake up each day, no matter what happens, knowing that God loves me and I can overcome the world and all that’s in it,” she tells eShe.

With the staunch support of her family and friends, the loss of her arm did not end up becoming a full-stop for Bethany’s dreams, but merely a comma. She adopted a custom-made surfboard with a handle for her right arm, and modified her surfing style to make up for the loss of her left arm. Within 26 days of the attack, her passion for surfing and love of the ocean had her back on the surfboard, and within months she entered her first major competition. “It was probably my competitive nature too,” she smiles, “that inner challenge to myself. Once I accomplished one thing, it was like, what else is possible?”

Bethany’s parents and brothers helped her wholeheartedly. “They were willing to sacrifice a lot so I could possibly pursue snowboarding or whatever I wanted to do,” she says, adding that since they all loved the ocean and understood how it could help in her healing process, they were glad she wanted to continue life near the beach. “Of course, they had their fears and worries, but they were so sensitive and encouraging that it allowed me to be confident in getting back out there,” she says. Her two brothers and father helped her choose the best boards to ride and modified her surfboards so that she was able to eventually progress to a performance shortboard, which continues to be her choice of board.

Bethany admits she went through a time of being “really selfish”, especially with her family. “I felt entitled to be treated a certain way and given my way. I didn’t even realise I was acting like that! One day my family sat me down and pointed out that I was being really selfish, and while it hurt to hear that, it opened my eyes to the truth. I am thankful because it caused me to turn to God, seek forgiveness, and ask Him to help me change. I had to be honest with myself,” she shares.

Bethany has participated in almost 20 major surfing championships around the world so far, with all the numerous qualifying rounds. She was the first woman surfer to surf in the Rip Curl Cup in Indonesia in 2012, and her career-best was finishing third at the Fiji Women’s Pro 2016. “I’m a competitive person, so I thrive with the opportunity to compete and prove myself,” she shares. “For me, competition brings a healthy challenge and helps me strive to be the best I can be. I find it fun!” 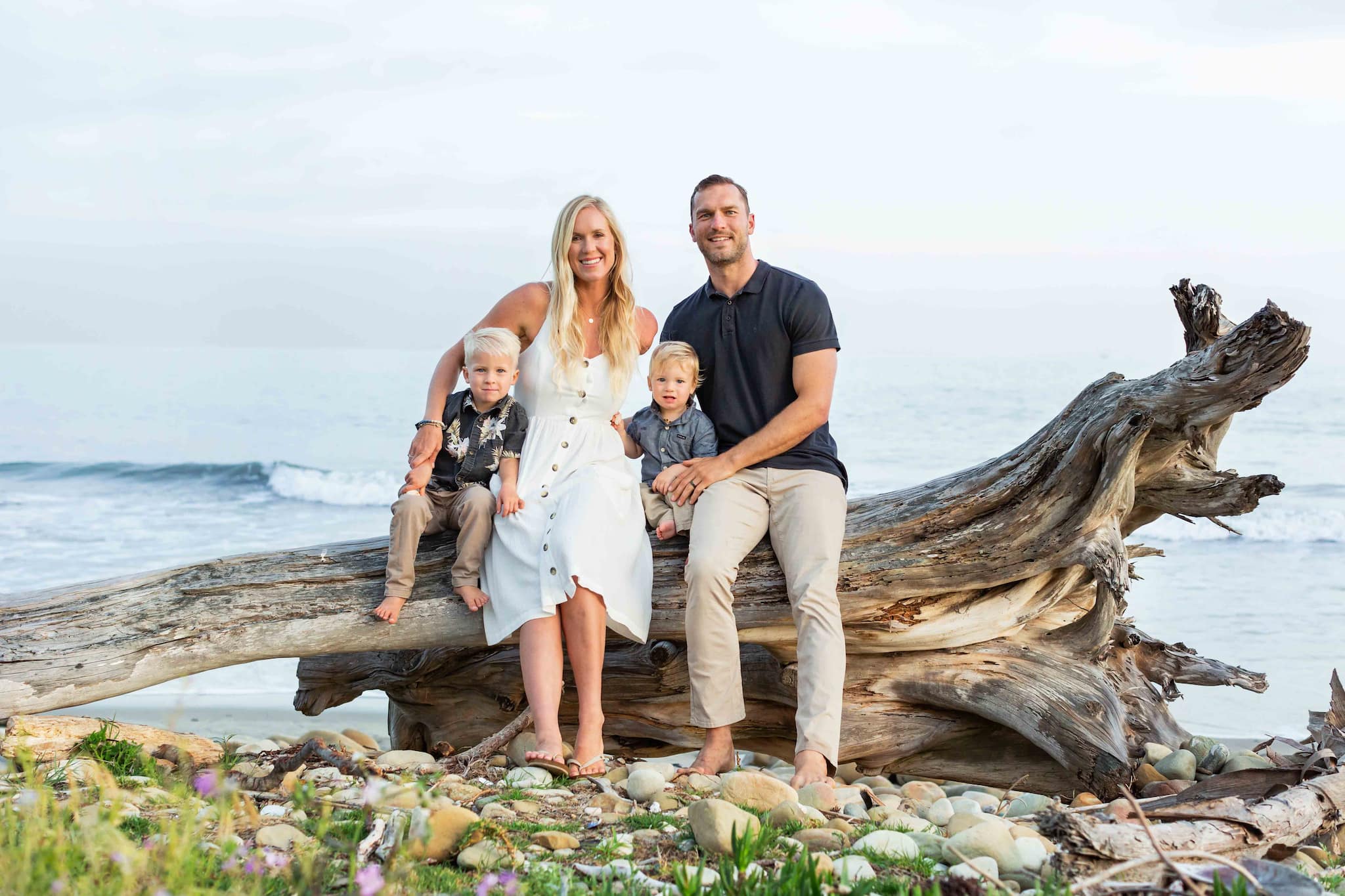 Along the way, in 2012, Bethany was introduced to a Christian youth minister Adam Dirks by mutual friends. “I was immediately intrigued by him. The first thing we did was jump off a cliff into the ocean together! As Adam says, ‘it was love at first jump’!” she laughs.

The two began spending time together. “We would go hiking, to the beach, play tennis, surfing – he was still learning,” she adds with a grin. “The more time we spent together the more I liked Adam. He is genuine, kind, intentional, fun, adventurous, easy-going, friendly to all, passionate for Christ, handsome and a great guy overall!” she gushes, adding that she had no desire to “meet a ton of guys, or to ‘experience’ different people.” The two got married in 2013, and have two sons, now five and two years old.

“Adam and I love introducing them to the things we love in life. Teaching, guiding and leading by example is both a blessing and a challenge. Motherhood has taught me to be more thankful for my own parents. I’ve also become a bit more responsible and better at my time management!” she says. Bethany often posts articles about herself and her family on her website, and a recent one shows the family exercising together during lockdown.

Watching Bethany work out is an awe-inspiring glimpse into her physical and mental strength. “Pretty early on, I accepted the fact that I had one arm and rather than focusing on my loss, and dreading tasks that seemed hard or impossible, I focused on what I could do. Instead of assuming ‘I can’t,’ I approach unknown tasks with a mindset of ‘I’ll try’, then I get creative and adaptive!”

Gratitude has also been a major factor in Bethany’s recovery and success. “Choosing to find the good in my situation set me on the path of positive, healthy thoughts,” she explains. Being a well-known face on television and in the surfing world is something that is still a “major adjustment” for her. “It was not easy for me, honestly. I’m more of an introvert and homebody. The shark attack is one part of my story. While I’ve learned to embrace the beauty of what I’ve overcome, part of the purpose of my new film is to help tell a new story of who I have become! I’ve not just continued to surf, I’ve done so at a level comparable to the top women surfers in the world,” she smiles. Bethany hasn’t been to India but has a message for girls around the world who may face systemic obstacles in achieving their full potential: “Beauty can come from hard times and God’s love is more than enough to fulfill the deepest needs of our inner beings. While life can be rough and even painful, there is hope to overcome the difficulties we face through passion, faith and the right perspective. As my friend Amy Purdy said, let’s not limit our thinking to OVER-coming the struggles we face; let’s think about BE-coming a better human because of them. You too can overcome!”