Cross-border trade can pave the way for peace, exchange of ideas: Jeff Hammer

Senior NCAER fellow, and health and development economist Jeff Hammer shares notes on South Asia, why there's no one he can advise on peace between India and Pakistan and his own experiences living in the Subcontinent.

Health and development economist Jeffrey Stuart Hammer, 67, is pragmatic when it comes to the subject of peace in South Asia, a region he has studied for decades, first through his 25-year career at the World Bank and now as an academic. A non-resident senior fellow at India’s National Council of Applied Economic Research (NCAER), Dr Hammer also approaches the discussion with a wry sense of humour.

Dr Hammer says he believes that international trade can help solve cross-border conflict in innumerable ways (“That’s just standard economics”), not to mention, pave the way for an exchange of ideas, openness to new technologies, cultural cooperation (“How many more musical collaborations alone could there have been?”) and “many other things we can’t imagine”.

And while he says that “achieving peace is beyond my pay grade”, he also asserts that “more cooperation on overall economic activity and sectoral policies – health included – between South Asian countries is to be encouraged since the more collaborative work there is, the less likely are military confrontations”.

There is something in political and military leadership that generates its own incentives to keep aggressive stances, particularly between Pakistan and India.
- Dr Hammer

The former Charles and Marie Robertson Visiting Professor of Economic Development at the Woodrow Wilson School at Princeton University, where he teaches economic development and the economics of health policy in poor countries, Dr Hammer has spent several years in South Asia, and understands quite well the dynamics of the region. His research looks at the quality of medical care in India, absenteeism of teachers and health workers, determinants of health status and improving service delivery through better accountability mechanisms.

He says that he is not in a position to offer advice on peacebuilding in the subcontinent. “For one thing – to whom would I give advice?” he asks. “Therein lies the problem. Is there anyone on earth who thinks that normal people want to be at war? No.”

He goes on: “So, there is something in political and military leadership that generates its own incentives to keep aggressive stances, particularly between Pakistan and India. Even within India, while instances of communal violence are sometimes spontaneous as with attacks on Dalits in rural Uttar Pradesh, more often they are due to cynical exploitation by politicians. And, of course, even attacks on Dalits are let off easy. Telling people who are the problem that there is (or that they are) a problem isn’t likely to do any good.”

Born and raised in the New Jersey suburbs of New York City, Dr Hammer says that he probably developed his view of social engagement and responsibility from his participation in youth group activities of the Unitarian church. “There was a great deal of social activism in the late 1960s and early 1970s among my friends in those groups surrounding opposition to the war in Vietnam, civil rights and racial injustice and of poverty in general – all in the US,” he recalls.

Dr Hammer started his PhD in economics at the Massachusetts Institute of Technology (MIT) with a focus on poor countries. His thesis adviser Lance Taylor, who taught development economics at MIT, had conducted a large survey on nutrition in Pakistan. “He needed an assistant who knew econometrics – one of my major fields – and sent me to Islamabad after my second-year exams to analyse the data,” Dr Hammer says.

A month after Dr Hammer reached Pakistan, Zulfiqar Ali Bhutto was overthrown. “I deny any responsibility for the coup,” quips Dr Hammer, adding that he travelled to India too in those days and has harboured an interest in the subcontinent ever since. He quotes Professor Saffran who

told him, “If you have a firm, intuitive grasp of basic supply and demand, you will have a leg up on any policymaker you ever meet.”

This tip proved valuable in Pakistan, where Dr Hammer says it was very clear that simple facts were missing from most policy discussions. “I found in the nutrition survey that, with minor additional details, poor people were malnourished and little else explained malnutrition other than real income. Not at all surprising, I guess, but also not much incorporated in policy discussion. So, careful application of very basic economics and basic empirical relationships went a long way in thinking through problems. This, almost trivial, insight came up constantly in my subsequent career.”

Dr Hammer, who was on the core team of the 2004 World Development Report “Making Services Work for Poor People” alongside Lant Pritchett, Shanta Devarajan, and other notable economists, cites various instances in the past when the common people of both India and Pakistan demonstrated their desire for peace.

“When I lived in Delhi, there was an incident at the LoC (Line of Control) where an Indian soldier was killed. The father of the soldier was interviewed on TV. Instead of expressing any animosity towards Pakistan, he made a plea to Indian and Pakistani leadership: ‘Can’t you just find a way to put this fighting behind us? No father should have to go through what I’m experiencing now. This has lasted long enough’.”

Dr Hammer also recalls an instance when the Indian cricket team visited Pakistan along with journalists and fans. “I recall lots of stories of goodwill, friendliness, free taxi rides and whatnot, but no incidents of anger or violence,” he says, adding, “I’ve heard lots of stories of people who couldn’t decide whether to be in India or Pakistan at Partition and figured it wouldn’t make any difference since everyone would just visit each other regardless of arbitrary international boundaries. Thirty (when I was a student), fifty, sixty, seventy years later, there is still wistfulness (nowadays by the children and grandchildren of the original deciders) that the decision was so fateful.”

He says, “If – with so much diversity – Indians can be considered one people, then Indians along with Pakistanis, Nepalis and Bangladeshis are one also. Or, even just Punjabis and Bengalis. One people should not be at war with themselves. What an incredible waste this has all been,” he says.

He believes India’s population dividend is a good thing but can be a wasted opportunity. To stop it from turning into a “liability”, he believes that – more than health policy – labour market reforms are more urgent so that the bulge of young workers can be productively absorbed by employers. “And education reform – so that children can stay in the system through secondary school (ages at which there will be a larger fraction of the population) and actually learn something – is also urgent. Those two – labour market and education reform – are important to get right as a result of the changing age distribution,” he says. 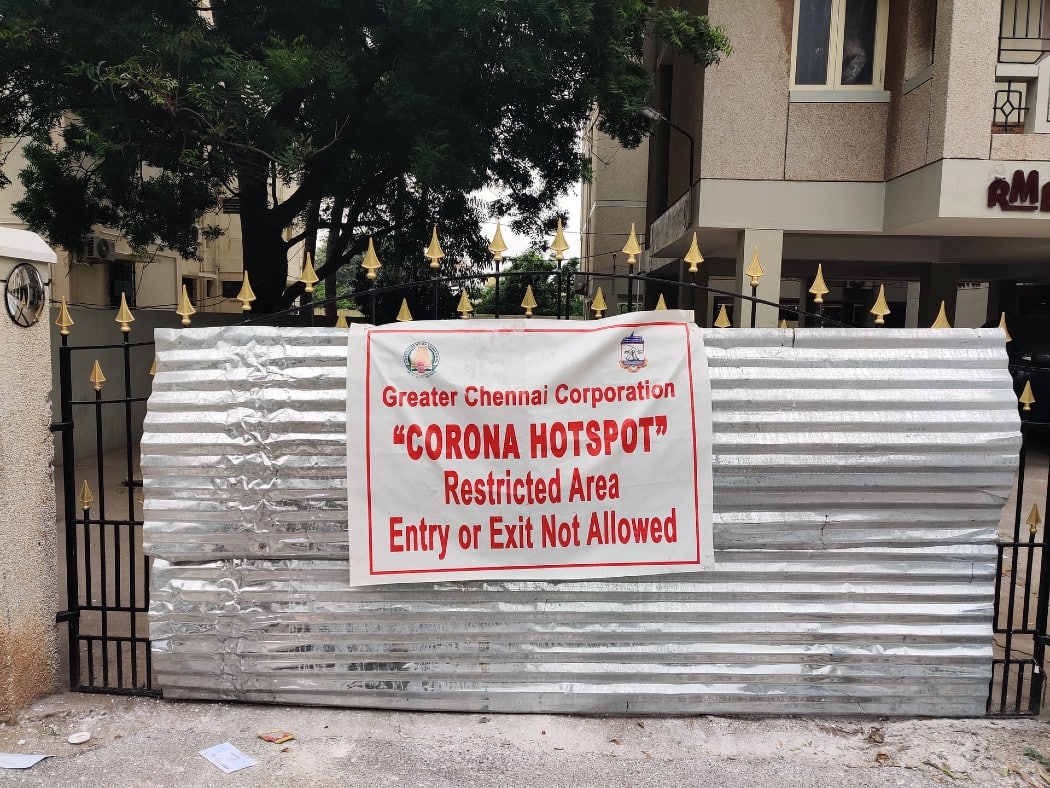 'The fact that there isn't enough capacity to handle the cases speaks less to the current Covid response than to the longstanding disrepair of public hospitals,' says Dr Hammer.

Though India at present is seeing one of the biggest surges in Covid cases in the world, Dr Hammer prefers to defer his judgement on India’s Covid response. “Covid caught everyone in the world off-guard and I don’t want to second-guess particular countries’ response – except my own, the US, which was disastrous, and any other country where denial was a major theme such as Brazil. India certainly did not deny the problem – and seemed a little harsh at the beginning – and the logistic problem of doing anything on a widespread basis in a country this big shouldn’t be underestimated.”

He does, however, have a complaint about reporting on the pandemic both among journalists and by public-health organisations who provide statistics. “India has been in the news for having so many cases. The only thing I’ve learned from a lot of these reports is that India is a large country. I knew that already. On a per-capita basis, India is very much on the low side of cases and deaths internationally (assuming data in all these countries are accurate – of that I am not always confident, particularly if there is a lot of asymptomatic transmission and sometimes very faulty cause-of-death reporting). The same is true of the rest of South Asia,” says Dr Hammer, who is director of the One Hundred Homes project, a visual survey of 100 homes across regions and socio-economic strata in India.

He adds, “I don’t really know if India has done better or worse than the rest of the world. What I do know is that the fact it has so many cases is utterly irrelevant.”

“The fact that there isn't enough capacity to handle the cases speaks less to the current Covid response than to the longstanding disrepair of public hospitals,” he says. This point is related to his longer argument that health policy should have been oriented towards fixing the biggest market failures such as inadequate public goods (water, sanitation, pest control, etc.) and inadequate concern for financially catastrophic care (which is almost always due to hospitalisation), instead of primary health curative care. “I don't think there was any way to get on top of the current surge in demand for intensive care,” he says about the current situation in India.

He believes there’s not much more that South Asian governments could be doing in terms of coming together and facing this unprecedented crisis. Since none of the countries in the region is particularly hard hit in per-capita terms – “the only terms that count” – he says that the basic solutions are not highly dependent on regional cooperation. He puts it succinctly: “Wearing a mask and staying away from people as much as you can are not dependent on India-Pakistan relations.”
Aekta Kapoor is the founder of eShe magazine and the peacebuilding initiative South Asia Union.
TAGS: #Development economics #eshe #India Covid response #India Pakistan relations #Indo-Pak peace efforts #NCAER #South Asia Union
first published: Apr 21, 2021 11:33 am