The ROG Phone II will arrive in multiple variants.

Asus just launched the ROG Phone 2, and it is undoubtedly one of the most powerful smartphones we’ve seen. The ROG Phone II arrives with a massive bump in performance, first-time innovations and a ton of accessories.

The ROG Phone II is the first smartphone in the world to run on the Snapdragon 855 Plus SoC, which offers a 4-percent increase in CPU speed and 15-percent improvement in graphical performance. If the bump in chipset performance isn’t enough, the ROG Phone II receives up to 12GB of RAM and 512GB of UFS 3.0 storage. The cooling system on the phone includes vents and a vapour chamber to prevent throttling at the SD855+’s peak speeds.

The ROG Phone II gets a 6.59-inch FHD+ (1080 x 2340 pixels) AMOLED screen with a 19.5:9 aspect ratio. The phone also packs an in-display fingerprint sensor and 10-bit HDR support. But that’s not all, the panel on the ROG Phone 2 gets a 120Hz refresh rate and 1ms response time. The touch sampling rate on the phone stands at 240Hz, while Asus claims its 49ms touch latency is the lowest of any smartphone. 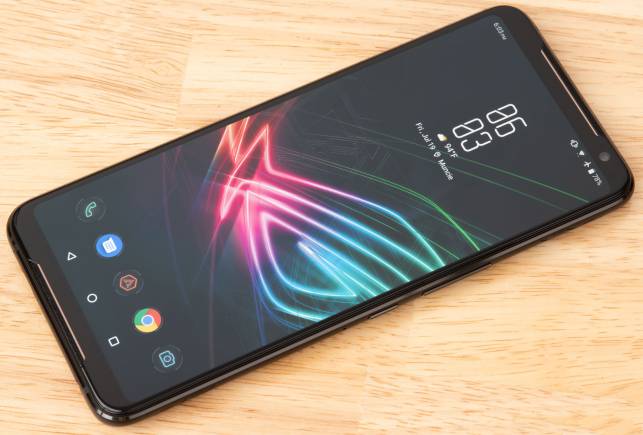 The Asus ROG Phone II gets a massive 6,000 mAh battery, which Asus claims will deliver more than 7 hours of PUBG with the screen set to 60Hz. A conservative user will easily be able to get past two days of battery life. As far as charging is concerned, the second ROG phone offers 30W fast-charging support with ROG HyperCharge.

Asus has designed the second ROG phone for both gaming enthusiast and Android power users. The Taiwanese tech giant is allowing users to switch between a game-focused ROG UI or the near-stock Android UI found on the Zenfone 6. 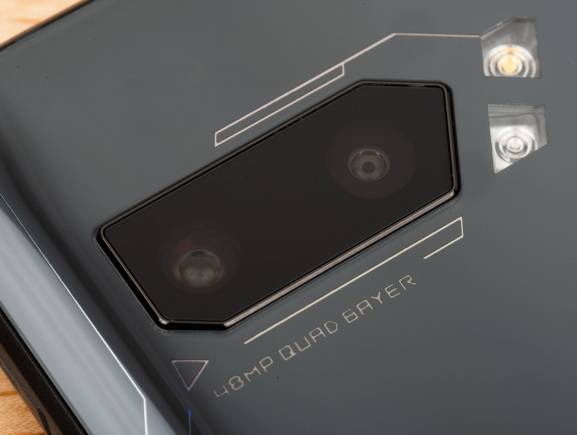 In terms of camera, the ROG Phone 2 gets a similar dual-camera setup as the Asus 6z without the flipping camera module. On the back, you get a 48-megapixel Quad Bayer primary camera and a 13-megapixel ultra-wide secondary sensor. Since the dual camera on the back doesn’t flip forward, Asus has opted for a 24-megapixel front shooter. For a gaming smartphone, the camera on the ROG Phone II seems impressive on paper.

The new ROG phone features dual front-firing speakers with DTS:X Ultra support to simulate multi-channel audio. The ROG Phone II has arguably the best speakers on a smartphone. In keeping with the theme of low latency, Asus has also incorporated a 3.5mm audio jack.

The Armoury Crate game launcher on the ROG Phone allows users to customise settings for each game. 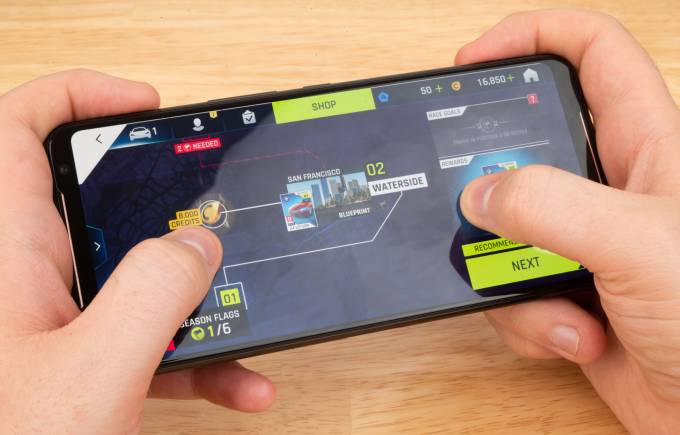 X-mode makes your wallpapers and logo glow, but more importantly, ups the frequency of your CPU and blocks RAM-eating applications.

The Asus ROG Phone 2 is designed for gaming, which means the phone will be primarily used in landscape mode. The second side-mounted USB-C port makes it easy to charge while playing. But the big highlight here is the new capacitive AirTriggers, which simulate actual buttons. The new triggers also recognise a swiping gesture. The vibration latency has been reduced from 63ms to 20ms.

What's in the Box

In the box, you get the second-gen AeroActive Cooler (Snap-on fan), which keeps surface temperatures below 5°C. The external cooler features an RGB Republic of Gamers logo and a second headphone jack, while the cooler doubles as a stand. Asus also includes a plastic case and a 30W charging adapter in the box. 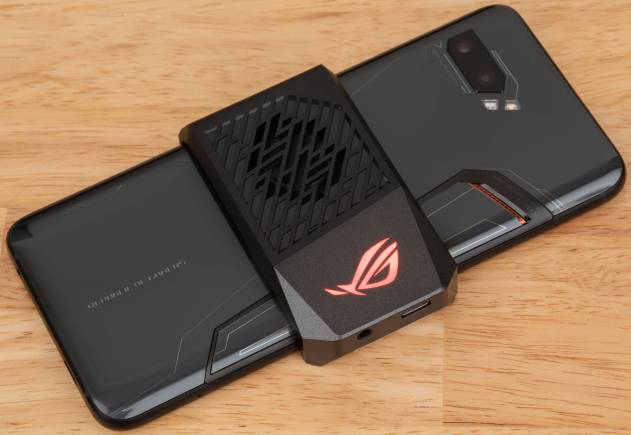 Asus has also partnered with Tencent on the new ROG Phone to optimise gaming content. We expect other details, including pricing of the device to be revealed when the device launches in China on July 23. The ROG Phone 2 is expected to start at $899 (Approx. Rs 62,000) and could see a global rollout in early September.Get access to India's fastest growing financial subscriptions service Moneycontrol Pro for as little as Rs 599 for first year. Use the code "GETPRO". Moneycontrol Pro offers you all the information you need for wealth creation including actionable investment ideas, independent research and insights & analysis For more information, check out the Moneycontrol website or mobile app.