When it comes to ultrabooks, it is hard to hold a candle to the XPS 13. The recent addition of the Dell XPS 13 comes with just about everything under the sun. You can customise the laptop with everything from the latest 11th Gen Intel processor to a 4K display. The latest Dell XPS 13 laptop features a starting price of Rs 1,41,990 in India, while the top-of-the-line model will set you back Rs Rs 2,09,990. So does the Dell XPS 13 (2021) have what it takes to be crown the best premium Windows laptop? Well, stick around to find out.

In terms of the design, Dell has opted for the tried-and-tested approach with its compact design and lightweight yet solid build. The Dell XPS 13 features a premium aluminium chassis and lid and a stunning Arctic White finish. The notebook weighs 1.3kg and measures 12.7mm thick, which is heavier than the Lenovo Yoga Slim 7i Carbon. But it doesn’t add up to much at this weight. 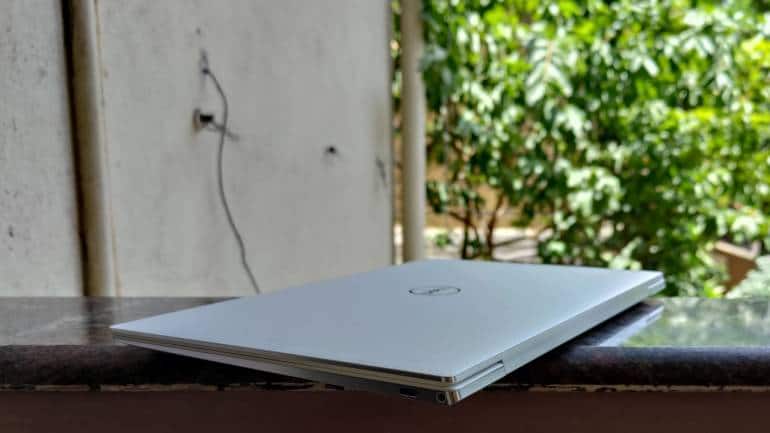 The new XPS also features a solid hinge design that ensures the screen is stable when using the touchscreen. There’s a lot of attention to detail here with a carbon pattern surrounding the keyboard deck. I found the carbon pattern on the palm rest to be rather comfortable after five hours of working. It would have been nice to see some minor design tweaks or a refresh, but if it ain’t broke, why fix it. In terms of design and build, the XPS just works all too well.

Considering this is a compact laptop, there aren’t a lot of ports here. All you get are two USB Type-C ports, a 3.5mm audio jack, and a microSD card slot. Both USB-C ports support Thunderbolt 4. Dell has also bundled a USB Type-C to USB Type-A port adapter in the box. However, it still isn’t enough as one of the two USB ports is utilised for charging and the other can either be used for an external display or accessory rather than both.

While the laptop could certainly use some improvements in the connectivity department, the keyboard on the XPS 13 is one of the best I have used on a premium notebook. Typing on the keyboard felt great with decent tactile feedback and is quite comfortable to use over long periods. It also features backlighting to type in the dark. The new XPS also brings a 17 percent larger touchpad than the previous generation. The trackpad works quite well smooth and easy scrolling as well as multi-gesture functionality due to Windows Precision drivers. Additionally, Dell has also added a UV and stain-resistant coating on top of the palm rest to prevent discolouration.

The new XPS 13 sports a 13.4-inch Ultra HD InfinityEdge display with 3840x2400 pixels resolution and a 16:10 aspect ratio. The screen features touch support and a 60Hz refresh rate. It supports HDR and delivers up to 500 nits of brightness, while delivering an impressive 91.5 percent screen-to-body ratio, ensuring almost non-existent bezels. 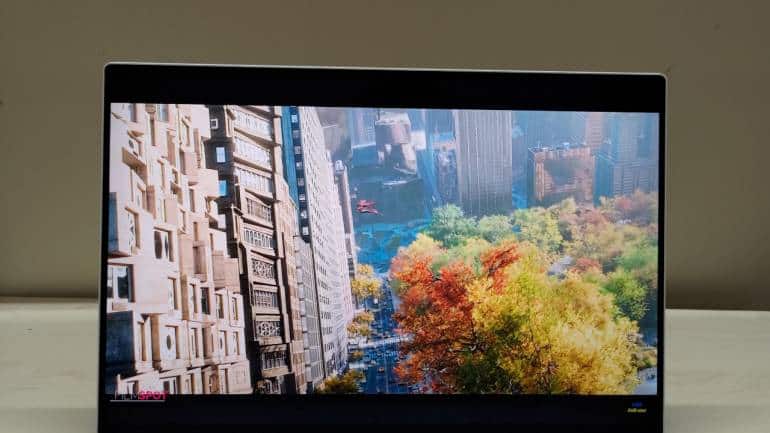 The panel also has an anti-reflective and anti-smudge coating that looks good and cuts down screen glare. The screen boasts a 100 percent sRGB and 90 percent DCI P3 colour gamut. I’d have to say that this is one of the best displays I’ve seen on a Windows laptop and is definitely the king in terms of sheer brightness.

Multi-tasking on the laptop was smooth with the laptop easily able to handle productivity work when switching between MS Word and Google Chrome. In my test, I had 12 tabs open on Chrome as well as MS Word and Android game Raid: Shadow Legends, all opened up simultaneously. However, the laptop didn’t show its legs and handled all three applications with little effort and no lag. 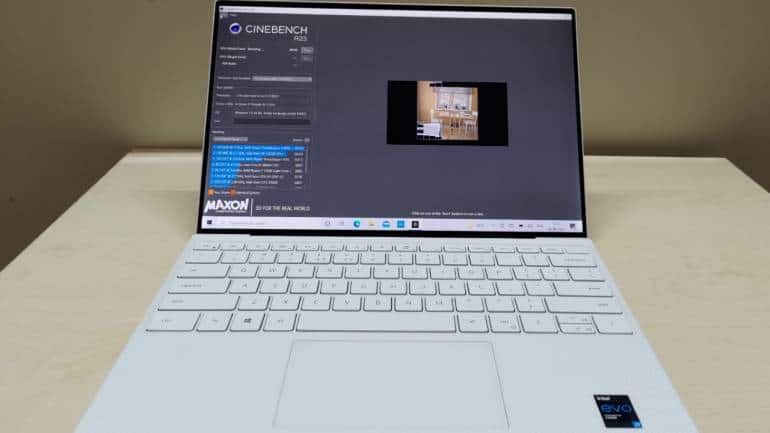 While I had no issues running Raid: Shadow Legends on the XPS, PC games didn’t fare so well. Heroes of the Storm, Overwatch, and DOTA 2 all ran on low graphics with playable frame rates, although the laptop did tend to heat up after an hour of gaming. But no one really buys an XPS for gaming, so the laptop showing its legs here shouldn’t really surprise anyone. However, it is great to see that if you want to indulge in some casual gaming, you do have the option. 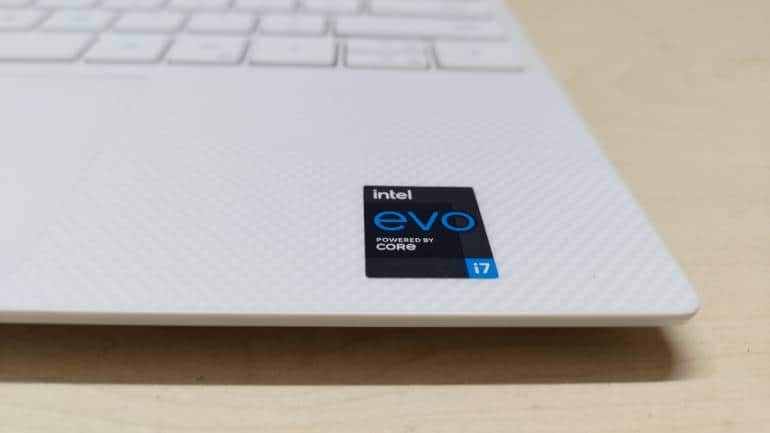 For cooling, the new Dell XPS 13 features dual fans and a single heat pipe designed with a single evaporator and dual condenser. Additionally, the exhaust vents sit in the middle of the two hinges but are kept well hidden. The system operates silently for the most part, even while gaming. I felt performance on the XPS 13 was up to the mark, this system can easily handle multitasking, light gaming as well as editing apps like Photoshop and Premiere.

The Dell XPS 13 packs a 53Whr battery that the company claims can deliver up to eight hours of battery life. However, that didn’t seem to be the case as the laptop didn’t make it to the six-hour mark while binging Netflix. While multitasking, I managed to get around four hours out of the XPS 13, with the screen at 50 percent brightness. You can squeeze more battery life out of the new XPS 13 by lowering the resolution to 1080p. But the notebook is taking a big hit in battery life courtesy of the 4K display. It is worth noting that Dell does have an OLED option if you want to squeeze out some more battery life.  The good part here is that the new XPS does support fast charging and meets Intel’s Evo standard, which means it can deliver four hours of battery life on a 30-minute charge. Although an hour of charging gave us close to 70 percent battery life and around 3 and a half hours of usage when multitasking.

The Dell XPS 13 (2021) packs stereo speakers that get quite loud with minimal audio distortion even at high volumes. It is worth noting that the speakers don’t deliver enough audio to fill a room and you can barely hear anything with a fan running in the background, but the sound is quite good for a 13-inch ultrabook. Additionally, you can tweak the audio with the pre-loaded Waves MaxxAudio Pro and Dell CinemaSound 2.0 software. The XPS 13 also features a 720p webcam with infrared support for facial recognition via Windows Hello. You also get far-field microphones on the top bezel of the screen for calls. The webcam isn’t that impressive but is quite effective for video calling.

With the new XPS 13, Dell picks up where it left off with the previous generation. Dell retains everything that makes the XPS great while improving performance courtesy of the latest 11th Gen Intel processors. But apart from performance, the bezels on the display have also gotten smaller, while the overall typing experience was significantly more comfortable. There are little to no compromises here, making this one of the best, if not the best, premium ultrabooks in the market. However, the new XPS 13 is still far from flawless. The 4K model, which we reviewed, had significantly less battery life than the 1080p model. The XPS 13 also desperately cries out for a third USB-Type C port. And lastly, the new XPS 13 doesn’t come cheap. The base Core i5 model is more expensive than the top-end models from some of the competition, the price to performance, even for a premium laptop, is way off. I’ll conclude this review by saying that the XPS is the way to go when you are looking for the very best, but that doesn’t necessarily mean you need it. Sometimes the 'very best' is just excess and you can get by fine with 'good' or 'great'.
Carlsen Martin
Tags: #Dell #Intel #laptops
first published: Aug 30, 2021 01:33 pm