One of Mercedes-AMG’s most iconic offerings is back in a new form.

There’s something terribly endearing about AMGs. A sort of comical readiness for adventure that isn’t there in other performance cars of their ilk. Sure, one can argue that they’re designed for everyday use, but they’d rather you didn’t. Affalterbach's many offerings have an innate sense of humour, that makes them a lot more than the sum of their parts.

The new C63 Coupè falls strictly under that category. It’s ignition is a clarion call designed to awaken your inner nine-year old. The new one is different for many reasons. For starters, the ‘S’ suffix has been dropped in favour of a lower door and bhp count, but a better power-to-weight ratio. It still packs another hand-built 4.0-litre, twin-turbo V8, plonked up-front which compliments the car’s raucous personality and gives it the characteristics of a Teutonic muscle car. 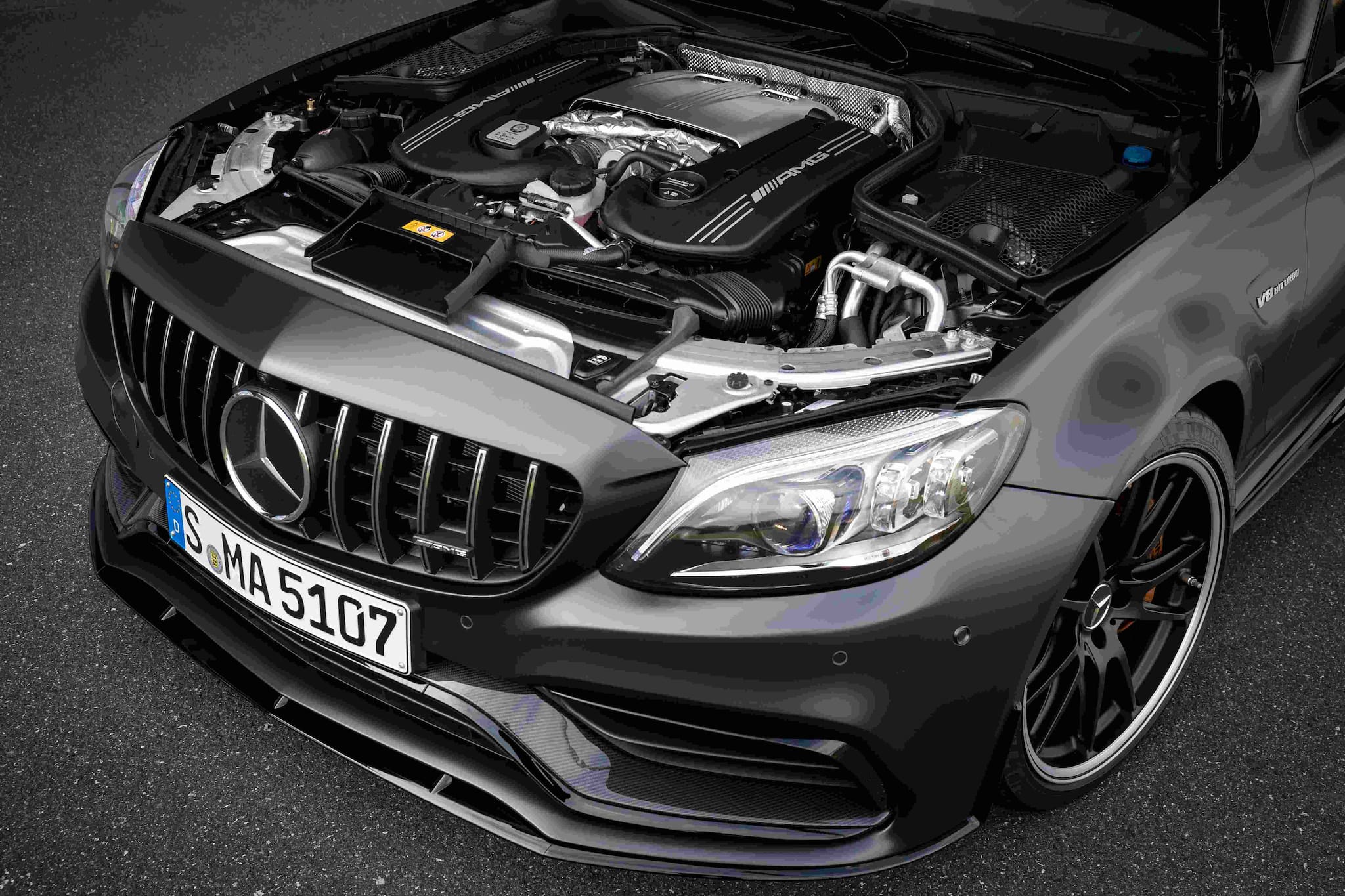 It is an absolutely explosive unit, full of bombast and child-like eagerness. In fact ‘eager’ can be used to describe many AMG-powered cars, the most extreme of which, like the C43, border on being too tightly wound. The C63, is a bit more versatile. It’s explosive in a way naturally-aspirated cars are, and devours any lingering trace of turbo-lag with said eagerness. It makes 476bhp and 650Nm of torque which prove more than sufficient to make this car feel like a projectile weapon.

The C63 Coupé benefits from having no immediate peer in the country. Both the BMW M4 and the Audi RS5 – two of its most formidable opponents – aren’t presently on sale in the country, making the C63, the only real super coupé in town. Sure, front-engined V8 power may be found in different iterations, such as the Ford Mustang, or the S63 AMG, but the former is a full-on muscle car without the manic personality of the C63, and the latter is a far more expensive and plush grand tourer. The AMG C63 Coupé, then, is designed purely for thrills. Even before you get the wheels rolling, it’s evident that the C63 AMG wasn’t built keeping in mind any practical considerations. It’s loud and dramatic, and makes no bones about it, even in ‘Comfort’ mode. It’s needlessly stiff, thanks to a chronic case of AMG-itis coupled with low profile tyres. It’s race ready attributes spill over into the design as well, with a sharply-cut front splitter, bulging bonnet and wheel arches. It’s a big daft dog, this thing and it's precisely this aspect that makes it so special. Sure, you’ll be wincing along the largely cratered tracts of tarmac you’re likely to drive over. But once you find that smooth ribbon of tarmac, no matter how far from home you may have to venture out, the C63 is an absolute riot. To make things even more fun, it’s even got its own Ferrari-esque manettino switch on the steering. Two dials, placed on either side of the wheel’s central column, allow you to quickly switch between driving modes going from ‘Slippery’ to ‘Sport+’ in an instant, while also making a preset mode available by pressing down the dial. You can even modulate the exhaust note on the other side, switch from manual to automatic or modulate AMG’s ‘Dynamic’ mode which allows for plenty of powersliding.

The 9-speed Speedshift gearbox on this thing is an absolute superstar. It’s an effortlessly smooth, intuitive, race-derived wet-clutch system that makes it very clear why AMG has been winning F1 championships throughout. Personally, I prefer operating those big, chunky paddle shifters. Pressing down the brake hard, and holding it in place while letting the revs rise, initiates ‘Race Start’ leaving gravity, caution in its very loud and smoke-filled wake. Body-hugging seats, a chassis that shrink-wraps around you and a drivetrain that never ceases to astonish. At Rs 1.33 crore, the C63 AMG Coupe seems like a bargain. Because it’s undoubtedly the most fun and addictive car I’ve driven all year.
Parth Charan is a Mumbai-based writer who’s written extensively on cars for over seven years.
Tags: #Auto #Business #Mercedes
first published: Dec 10, 2020 03:42 pm