Microsoft co-founder Bill and his wife Melinda said in identical tweets that they had made the decision to end their marriage. Here is a look at their 27 years of life together. Bill and Melinda Gates announced on May 3 that they were getting divorced. However, the couple said that they would continue to work together at their Bill and Melinda Gates Foundation, one of the largest philanthropic organisations in the world. Microsoft co-founder Bill and his wife Melinda said in identical tweets that they had made the decision to end their marriage. Here is a look at their 27 years of life together. (Image: Reuters) The Gateses were married in 1994 in Hawaii. They met after she began working at Microsoft as a product manager in 1987. In this January 9, 1994, file photo, computer mogul Bill Gates III and bride Melinda French greet guests in a reception line at a private estate in Seattle. The couple was married in Hawaii the week prior. (Image: AP) In this file photo taken on March 23, 2011 Microsoft founder and philanthropist Bill Gates (R) looks on as his wife Melinda holds a toddler during their visit to a village at Patna district in India's Bihar's state. (Image: AFP) 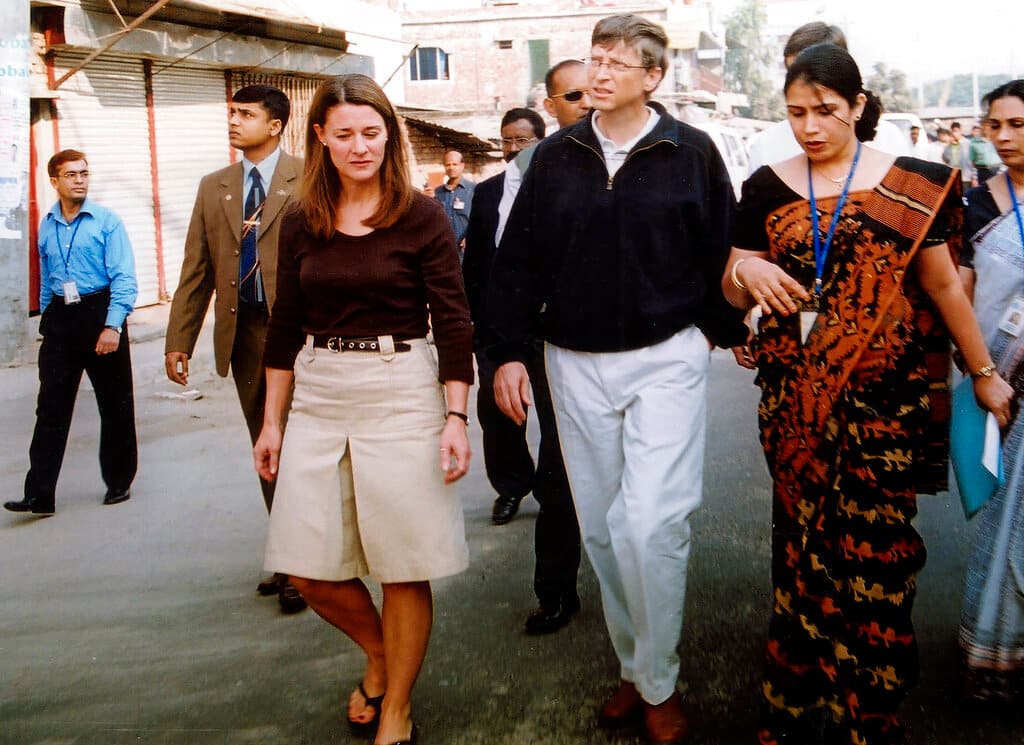 In this December 5, 2005, file photo, Bill Gates, founder and chairman of Microsoft Corp., center, and his wife Melinda, left, walk on a street in Dhaka, Bangladesh. (Image: AP) In this May 4, 2001, file photo, Microsoft Chairman Bill Gates contends with an ill-fitting hard hat while his wife, Melinda Gates, looks on in Seattle at the groundbreaking of the University of Washington's new law school facility, William H. Gates Hall. (Image: AP) Bill Gates and Melinda attend a news conference by United Nations's movement "Every Woman, Every Child" in Manhattan, New York September 24, 2015. Launched by UN Secretary-General Ban Ki-moon during the United Nations Millennium Development Goals Summit in September 2010, Every Woman Every Child is a global movement that mobilizes and intensifies international and national action by governments, multilaterals, the private sector and civil society to address the major health challenges facing women and children around the world, the United Nations stated on its website. (Image: Reuters) Microsoft co-founder Bill Gates speaks while his wife Melinda looks on during an interview in New York February 22, 2016. The Bill and Melinda Gates Foundation has turned its attention to the Zika virus outbreak, and its founders said the response to the crisis, which may be linked to devastating birth defects in South America, has been better than for the 2014 Ebola outbreak in Africa. (Image: Reuters) 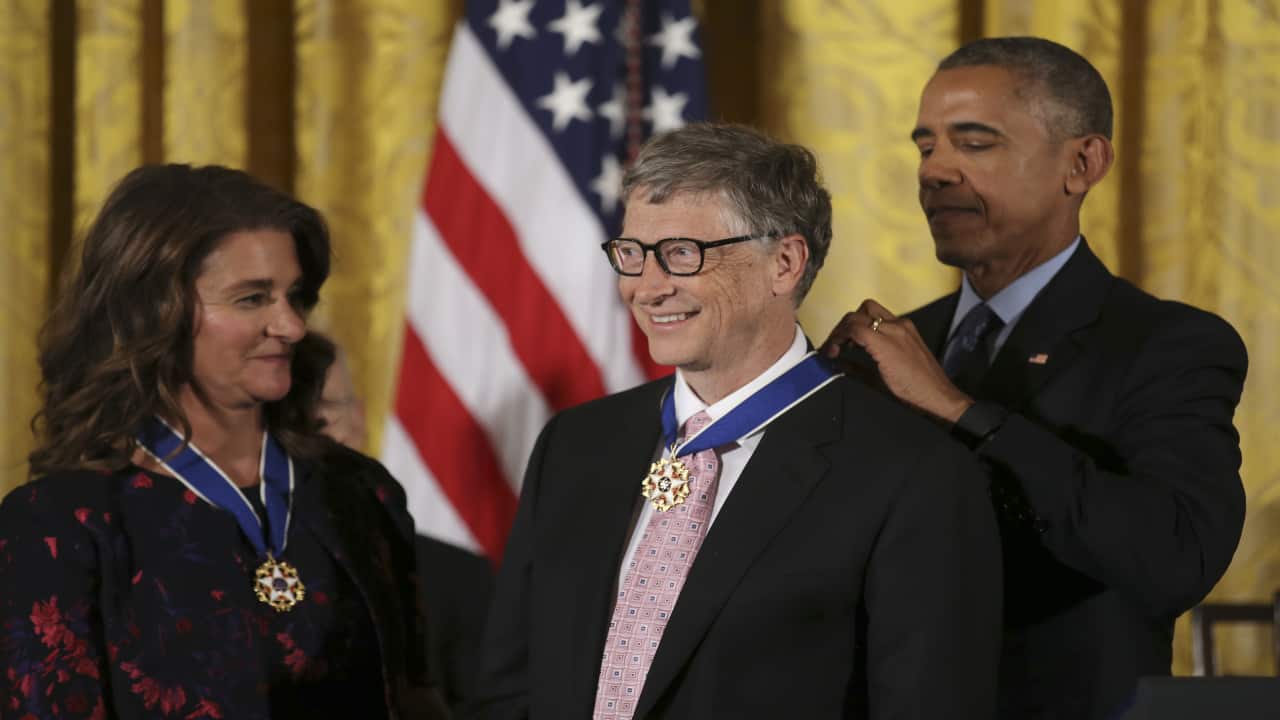 Bill and Melinda Gates receive their Presidential Medals of Freedom from former US President Barack Obama in the East Room of the White House in Washington, US, November 22, 2016. (Image: Reuters) Bill Gates and Melinda talk, after being awarded Commanders of the Legion of Honor at the Elysee Palace in Paris, France, April 21, 2017. (Image: Reuters) In this file photo taken on September 26, 2018 Bill Gates and his wife Melinda Gates introduce the Goalkeepers event at the Lincoln Center in New York. (Image: AFP)