Exiting a trade is more important than entering one

Studies conducted a few years back showed that performance of a random entry strategy can be improved by a proper well-defined exit strategy.

It is said that our lives are defined by opportunities, even the ones we missed. Tell this to any trader and he will tell you it is the story of his life. Many traders have battle stories of how they were sitting on a mother of all trade where they could have made their lifetime money but saw it all blow away in the air as the market turned.

Holding on to a trade for the last few rupees or dollars have been proving as the costliest few rupees. In the market lanes across the world, many a sob tale has been written about waiting for the last few bucks. Traders and investors have seen all their accumulated profits vanish in the market because they were waiting for a few rupees more. Similarly, they have seen a big chunk, if not their entire capital vanish because they were hoping that prices would rise again.

Many studies have proved that traders and investors alike focus a lot of their energies on entries. They try to micro-manage their entry to the last few paise. However, studies show that it is the exits from your trade that really matter. Studies conducted a few years back showed that performance of a random entry strategy can be improved by a proper well-defined exit strategy. But that is easier said than done. Many professional traders and investors say that one area that they have never mastered is of exiting their trade.

Hold your profits and watch them run is easier said than done. Markets are known to remain irrational for a longer period of time than a trader can remain solvent, a line by John Maynard Keynes still holds true. Nonetheless exiting from a trade makes all the difference to a trader’s profit and loss account. This question affects the books of a trader as much as it does to an investor. 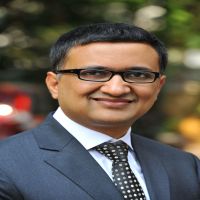 Even a long term buy and hold investor needs to have an exit strategy in place. Very few businesses across the world have managed to survive and grow at all cyclical phases. These are the kind of business that a long term investor holds and never sells. Unfortunately, such businesses are the exception rather than the rule, globally. Apart from these companies, others need to be sold as close to the top and bought close to the bottom. But for this one needs an exit strategy in place.

Herein lays the dilemma of money management for traders. The moment an initiating order for buy or selling short is put another one – either manually or mentally is introduced. This is the stop loss order which helps in restricting the loss in case the stock moves away from the desired direction. Exits, in this case, ensure that the harm is minimal. On the other hand, if the stock moves in the desired direction a trader should protect his profits and prevent a profitable trade from turning into a loss.

The question is where the exits in both the cases should be put.

Stop losses: These are generally kept as close to the entry point as possible, but at the same time ensuring that they are not taken off easily. Some of the common location of putting stop losses is at the low of the day when a buy trade is initiated or the high of the day of initiation. Others use the low of the previous swing or a moving average point. The idea of the stop loss is that if it is hit, the premise of entering the trade should be negated.

Professional traders base their money management decision on the distance between the entry point and the point at which the stop loss will be triggered. Depending on the price gap between these two points, some traders are also flexible in using cash, option or a futures position to initiate a trade. A lower gap would mean that more shares can be bought, which if all other parameters are favourable would result in the trader taking a futures position. A slightly larger gap would result in an option trade, provided there is liquidity in the instrument at the desired strike price. And finally, a much larger gap would mean that the trader picks up the shares in cash.

Profit booking exits: This is a slightly trickier question and depends on the money management and risk profile of the trader. Many professional traders take a part of the profit from the table in order to make the trade less risky. The first leg of the trade is taken off at the same distance at which the stop loss is kept. For instance, if a share is bought at Rs 126 and the stop loss is at Rs 124, then half the exit is at Rs 128. This way the remaining position is risk-free even if the stop loss is not moved. There are, however, other more aggressive traders who like to add to their position if it moves in their favour.

Irrespective of the fact that a professional trader is an aggressive or a cautious trader, rules for exits to book profit needs are clearly defined for such traders even before they enter the trade.

Price action traders and swing traders would like to book their profit at the low of the previous swing. This gives them an exit before the trend changes in the other direction or has flattened out. As the market moves higher, in the case of a buy position, the exit points move to the next swing low.

Other traders use a moving average penetration as a stop loss point. Generally, stocks rebound from these moving averages in a trending market, thus it is important to keep exits well below the averages.

Exits are also placed at a given percentage levels or pre-decided levels. Support and resistance points are among the common exit points for professional traders as order flows are at the highest at these levels.

Parabolic SAR is another commonly used indicator in use. The beauty of this indicator is that it acts as a support during rising market and a resistance during falling markets. It is just out of reach of the normal trading range of the stock. Fibonacci bands and Keltner Channels are also used for exits. The point is to stick with one kind of indicator which is comfortable to the trader. Changing exit rules on a regular basis only affects the trading performance in the long run.

Time stop: This is another stop that is being increasingly used by day-traders and swing traders. Given the limited opportunity window these traders work in, deployment of capital is of paramount importance. Thus if a stock has stalled after their entry and neither hitting their stop loss levels or their profit targets, the trader takes a call and exits after waiting patiently for a predefined moment. Say a day-trader would not like to hold his position if the stock is not doing anything for 30 minutes. Rather than spending his time staring at a stock that is range-bound, he would like to search for other opportunities.

In conclusion, for a trader nothing is more expensive than a missed opportunity. Like a lost lover he reminiscence over the trade that could have changed his life.