KRChoksey has come out with Union Budget 2015-16 preview report. Expect BSE Sensex to reach 45,000-50,000 given the prospects of earning growth, over next 2-3 years. Individual stocks from various sectors should do better when compared with index. "Union Budget 2015 â€“ A baby well conceived in 9 months by Modi Governmentâ€¦", says the report.

Finance Minister Arun Jaitley presented the first non-UPA budget in 10 years on July 10, 2014, about 50 days after the Narendra Modi - led National Democratic Alliance (NDA) Government was sworn in, hence there were few expectations. The new Government merely carried on with the reforms initiated by the previous Government. Having already been in power for 9 months, the honeymoon period is over and now the expectations from Modi Government are high and it is not only expected to broader contours of transformation but also initiate big reforms.

Given the trends and PM Modi’s focus on development agenda, it is expected that the Union Budget 2015 is poised to be a one with reformist measures to take forward the initiatives that have already been rolled out. Big bang reforms through the Budget are expected to revive investment, economic growth and job creation, enabled by the next generation reforms to fast-track India’s economic resurgence.

Ever since they took charge from the earlier government, the focal theme of all ministers working in the Modi Government is REVIVAL of GROWTH in India. If one reads into the series of initiatives taken by the government thus far, one will find growth in every measure taken or being talked about. 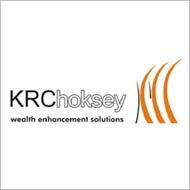 On the taxation front, alongwith smart management of the twin deficits, Budget 2015 is expected to provide a road map for implementation of Goods & Services Tax (GST) and proposals for new DTC (Direct Tax Code).

GST is scheduled for implementation w.e.f. FY 2016. The Budget should not only be looking into the tax collection – it should also ensure that tax rates are not changed but aligned to the forthcoming GST rates for petro and non-petro products.

With higher compliance to taxes under proposed GST and simplified DTC, the Tax to GDP ratio is set to increase significantly. Both GST & DTC hold the potential for higher tax collection and it should also help improve fiscal revenue collections.

Investors & views on market:
Given the growth momentum under policy announcements and actions prior to budget, I clearly see Indian economy growing in the range of 7-10% in the coming year and the next 5 - 10 years. Given the potential, India corporates’ earnings are set to grow twice the pace of growth rate in the economy in the given period as well. When corporate earnings grow @ 17 - 20% p.a, markets will grow at a much faster pace & margin viz-a-viz the earnings. It is relatively easier to spell out the Index value under the expected growth numbers, though timing for the targeted Index value could be dependent on macro and local factors.

View on stock indexes
"Expect BSE Sensex to reach 45,000-50,000 given the prospects of earning growth, over next 2-3 years. Individual stocks from various sectors should do better when compared with index. Many large-cap and quality mid-cap companies are in our selection list of model portfolio, which holds potential to multiply the wealth of investors in the coming years. Selections of stocks are from various sectors from beaten down commodity & metals to premium valued FMCG, IT & Pharma", says the report.