By transforming the world into a connected world, IoT or its industrial cousin IIoT can transform the way we live and work.

The term Internet of Things (IoT) has the caught the imagination of the technology and automation companies. IoT is used to describe intelligent devices that can be networked to communicate data/information so as to enhance collaboration among all networked entities. IoT devices, when embedded in a physical entity, can capture and analyze data relating to the physical entity, generate relevant information, and share the same with other networked devices. They also can perform other assigned functions. Such intelligent devices when applied in industries, such as automotive or electric power and others, are referred to as Industrial Internet of Things (IIoT). Potentially, they can contribute to enhancing performance.

The manufacturing equipment with embedded intelligent devices becomes a cyber-physical system. By transforming the world into a connected world, IoT or its industrial cousin IIoT can transform the way we live and work. Some even believe that application of IIoT will transform manufacturing completely and foresee the emergence of a new manufacturing era with some calling it as Smart Manufacturing or Industry 4.0.

Leading technology companies such as Cisco, IBM, and Google and similar others are vigorously pushing this concept for gaining wider industry acceptance. They are positioning IIoTs or Cyber Physical Systems that are essentially smart sensors, devices and actuators, along with advanced analytics as core technological developments that will propel manufacturing to achieve greater degree of industrial enterprise connectedness and autonomous operation. They also predict massive economic expansion to result from application of IIoT. Accenture estimates IIoT could add US$14.2 trillion to the global economy by 2030 and says that there will be significant gains for the real gross domestic product (GDP) of mature economies,

The report ―Industrial Internet of Things: Unleashing the Potential of Connected Products and Services‖ prepared by World Economic Forum says that ―in the next 10 years, the Internet of Things revolution will dramatically alter manufacturing, energy, agriculture, transportation and other industrial sectors of the economy which, together, account for nearly two-thirds of the global gross domestic product (GDP).‖

It was left to Peter Zornio, Chief Strategic Officer, Emerson Process Management, to point out that automation companies have been providing control systems that connects and optimizes plant and machine performances for many years. In his article in Forbes about the Internet of Things in industries, Peter Zornio points out that -ever since the development of microprocessors and network-based instruments - companies in the process industries such as oil and gas, chemicals, refining, pharmaceuticals, manufacturing and mining have been avidly exploring how to use sensors to make their processes more reliable, efficient and safe.‖ He has gone on to highlight that they have been in the forefront in integrating very large amounts of data from numerous sensors to aid the efficient and safe operation of industrial companies. ICS companies have been offering control systems such as DCS, PLC, and SCADA to gather real-time plant operating data, analyze them, and generate actionable information and initiate control actions. 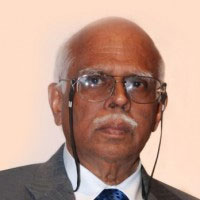 ICS companies have pioneered the development of control systems that industrial companies extensively use. They were also in the forefront in developing and introducing communication protocols to link field transmitters with PLCs and DCS and pursued vigorously in developing appropriate standards. They played a stellar role in leveraging the power of information technology. Companies such as Honeywell and Yokogawa developed and introduced the first DCS systems around 1975. They introduced smart transmitters in early eighties. The erstwhile Foxboro, the then a leading control system company, went a step further and introduced the first open control system - Intelligent

Automation (I/A) - that leveraged standard technologies and object oriented programing. Similar initiatives were taken by suppliers such as SAP, Oracle, and similar others and they also introduced a wide range of solutions to manage enterprise resource planning, supply chain, product lifecycles, plant and enterprise assets, and such others.

True many of control systems and enterprise solutions were not built on the foundation of collaborative working. The recognition that greater efficiencies can be achieved if the enterprise and automation systems can work collaboratively was a later thought and out of that realization concepts such as Computer Integrated Management (CIM) and Machine to Machine (M2M) integration evolved. Fieldbus and other standards such as OPC standards (Open Platform Communications) to connect and communicate with interoperable sensors & devices and for application-to-application integration came up. End users, ICS companies, and standards organizations have worked hard over many years in developing these standards.

If IIoT has to become a reality, similar efforts would be required to develop the required communications and interoperability standards. While some forward movement is taking place to address these issues, the much bigger challenge is in ensuring cyber security of the connected enterprises. More and more cyber incidents in manufacturing enterprises are getting reported. Symantec in its report -Internet Security Treat Report ISTR 20‖ highlights that -manufacturers of ICS and IoT devices are largely responsible for ensuring that security is built into the devices before shipping.‖ I hope technology companies do take note of this fundamental requirement. It is well recognized that IIoT is an excellent platform to seamlessly connect smart cyber physical systems but it has to become a cyber-secure platform to live up to its full potential.

The ultimate goal however is to achieve seamless communication but that has to wait for the development of appropriate interoperability standards and such others. It is however opportune time for domestic companies to seriously explore opportunities. Smart City, Digital India, 100 GW of solar power and such other initiatives involve extensive application of IoT / IIoT and it is up to the homegrown companies to take advantage of them.

Invite your friends and family to sign up for MC Tech 3, our daily newsletter that breaks down the biggest tech and startup stories of the day
Tags: #automation #manufacturing #mentoring #SME #Technology
first published: Nov 10, 2015 09:52 am