172@29@17@141!~!172@29@0@53!~!|news|business|real-estate|govt-expected-to-be-ready-with-rs-20k-cr-stressed-asset-fund-for-stalled-real-estate-projects-within-two-mths-4458081.html!~!news|moneycontrol|com!~!|controller|infinite_scroll_article.php!~!is_mobile=false
Watch experts decode 'The rise of ESG investing' on October 29 at 4pm. Register Now!
you are here: HomeNewsBusinessReal Estate

Realtors met Finance Ministry officials on September 19 to discuss about modalities of the stressed asset fund and procedures.

The government is expected to be ready with the Rs 20,000 crore stressed asset fund for the nearly 3.5 lakh stalled real estate projects across the country within the next two months, sources told Moneycontrol.

Realtors met Finance Ministry officials on September 19 to discuss about modalities of the stressed asset fund, procedures and eligibility criteria.

Satish Magar, President, CREDAI National, said a one-time restructuring of loans will ease out a lot of problems for majority of developers. 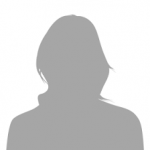 CREDAI representatives also discussed the issue of RERA being given more teeth and changes in the insolvency law. They also recommended that decision to ban subvention scheme should be withdrawn. In July, the National Housing Bank (NHB) asked housing finance companies (HFCs) to "desist" from offering loans under subvention scheme, wherein real estate developers pay home loan interest on behalf of home buyers till possession of flats.

Reacting to today's announcement by Finance Minister Nirmala Sitharaman on corporate tax rates, Magar said that this will provide relief to real estate firms as well and bring about a change in the overall perception of the industry and the economy as a whole.

"FM's generous reduction in corporate tax makes India the most competitive investment destination and beckons entrepreneurial activity to reach new highs. The series of announcements by FM are most reassuring as they tell of the Government being sensitive to the economic needs of the people. We are most hopeful that the special needs of housing would soon get addressed to further accelerate the investment cycle," he said.

The government last week announced a Rs 20,000 crore special window to provide last-mile funding for completion of around 3.5 lakh stuck housing projects which are not NPAs or facing bankruptcy proceedings under NCLT to ensure that at least healthy projects are not pushed into a bad debt.

Sitharaman on September 14 had announced a special window worth Rs 10,000 crore for last-mile funding of non-NPA and non-NCLT housing projects. This will provide relief to homebuyers stuck in incomplete projects totaling nearly 3.5 lakh units across the country,

"A special window to provide last mile funding for housing projects which are non-NPA and non-NCLT projects and are networth positive in the affordable and middle-income housing category will be set up," the FM said addressing her fourth such conference since mid-August to announce measures to boost the ailing economy. The objective is to focus on the construction of unfinished units that number around 3.5 lakh units. The size of the fund would be Rs 10,000 crore and would be contributed by the government of India and roughly the same amount by outside investors,"  she had said last week.