How ULIPs stack up against MFs

One major advantage of investing in ULIPs today is that the withdrawal is tax free. This is irrespective of whether the funds are invested in equity or debt.

Unit Linked Insurance Plans (ULIP) have got a lot of bad press and many advisors have trashed them as products not worth investing in. ULIPs made their appearance almost 15 years ago and, over time, have transformed into very different products from what they used to be earlier.

The product used to be costly several years ago as the various charges added up to make them expensive. But that has been corrected largely now. The ULIPs now being offered by various insurance firms currently come at low costs and compares well with a MF(mutual fund)/term insurance combination.

Yet, there are factors on which the ‘MFs and term insurance combo’ will score. But, there are clear areas where ULIPs score and offer attractive options.

Here are the advantages and disadvantages of MFs and ULIPs. 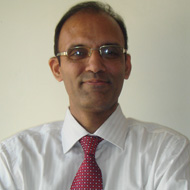 You can invest across fund houses and sub-categories across schemes and would be able to diversify pretty much across the entire universe of stocks. Also, if some MF schemes are not performing well, you can shuffle the portfolio and exit from non-performing schemes and bring in better performers.

While investing in ULIPs, one needs to choose from among 5-8 schemes which a ULIP will have. Each of these funds would represent a category/sub-category. If some fund does not perform well and there is a need to change, there is nothing one can do, except to switch to some other fund from a different category/sub-category. This is a major disadvantage as far as ULIPs are concerned.

You can exit MF schemes—for some time with exit load and after that without exit loads. ULIP investments are locked for five years. Even if one surrenders the policy, the money will go into a discontinuance fund  and not be available to the unit holder. Hence, liquidity is not there. It will be available only after five years. Also, once the money is in the discontinuance fund, the amount would earn about 3.5 per cent for the rest of the tenure, till five years are completed.

When one invests in ULIPs, the money keeps going into pretty much the same scheme for a long period. Hence, if such schemes do not perform well, you may have no real recourse (if you want to stay in the same sub-category) except to cash out once the five-year period is completed.

In the case of MFs, one can always invest across funds, categories and fund houses, and also re-balance to bring down high allocations.

Advantages that ULIPs have

One major advantage of investing in ULIPs today is that the withdrawal is tax free. This is irrespective of whether the funds are invested in equity or debt.

This makes ULIPs quite tax efficient and the post-tax returns can hence be attractive.

ULIPs are available at low cost today as compared to regular plans of MFs. But if compared with the direct plans of MF schemes, there may not be any cost advantage.

There can be an intelligent use of ULIPs. If ULIPs are held for five years, one could withdraw money for liquidity/contingency any time, as partial withdrawal can be done without tax incidence.

This can be used to great effect if one retains the ULIPs for five years or more and then utilises the funds as a liquidity  and contingency margin. This requires a bit of planning.

ULIPs allow switching of funds from equity and debt within the plan, without incurring any tax. This is a great feature that can be used for asset rebalancing as and when necessary.

It is therefore important to understand that ULIPs aren’t automatically bad products compared to MFs as we have just seen above. The answer is more nuanced and contextual as can be seen.(The writer is a SEBI Registered Investment Adviser & Founder of www.ladder7.co.in)
Suresh Sadagopan
Tags: #investments #Mutual Funds #Taxation #term isnurance #ULIPs
first published: Sep 19, 2019 09:11 am