Budget 2021: Does the new tax regime need a tweak for a facelift? 4 experts weigh in

The choice between the new and existing tax regimes has confused many taxpayers. Four tax experts weigh in on how to improve the new tax regime

Last year, the government introduced the new income-tax regime for taxpayers. However, instead of solving the problem, it left many individual taxpayers with a unique dilemma – of choosing between the old and new income tax regimes. Under the old tax regime, individuals were allowed to claim various deductions and reduce their tax liability. On the other hand, the new tax regime had a better (lower) tax rate, but denied as many as 70 exemptions and deductions available under the income tax laws (including LTC, HRA, standard deduction, deduction under chapter VI A, etc.).

As a result, according to various reports, very few people opted for the new income-tax regime. We asked the experts about their take on matter and whether the government should tweak the new regime further or retain it as it is. 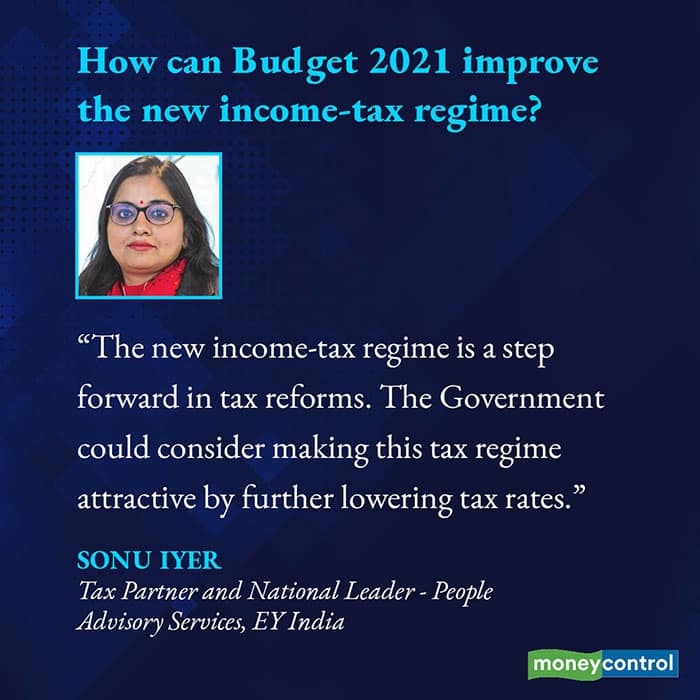 The alternative tax regime, without deductions such as standard deduction, interest on housing loan, house rent allowance, deduction for investments / savings, medical expenses is a step forward directionally in the Government’s policy of transformational tax reforms.

The government should continue to build on this. Getting more people to eventually adopt the new regime will depend on the ease of compliance and how the new slab rates compare with the normal brackets with deductions, from the perspective of tax efficiency. The Government could consider making this tax regime attractive by further lowering tax rates. This will certainly pull in tax payers who prefer simplicity and ease of compliance and do not want to be worried about collection of bills etc. to claim deductions. 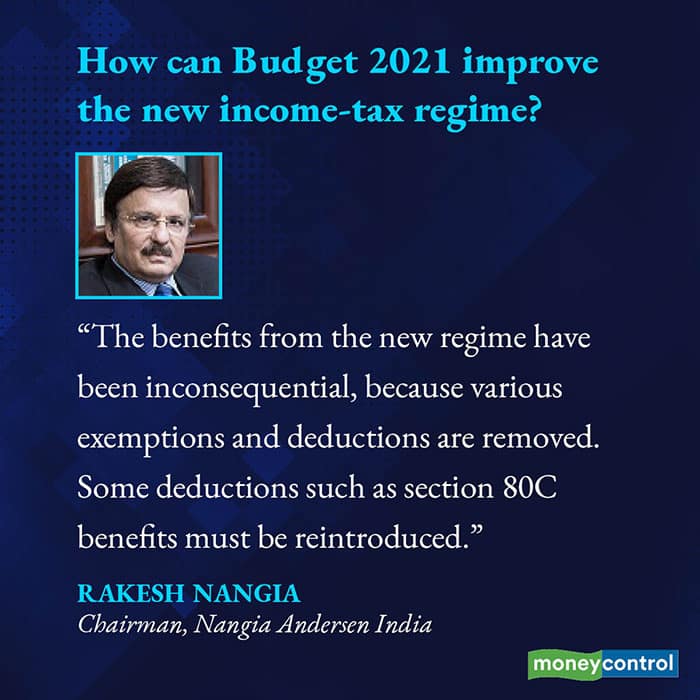 The benefits from new regime have been inconsequential because various exemptions and deductions have been removed. Those taxpayers who had made investments in the past or have taken home loans or are staying in rented accommodations while claiming HRA exemption, and have to make recurring investments or pay interest or make rent payments to claim tax relief on yearly basis, do not find the new regime attractive.

Such payments are crucial and cannot be avoided. A large middle-class segment gets left out of the new regime; only a negligible number of tax payers with no tax-saving investments or home loan commitments benefits. The choice between the two regimes has given rise to lot of confusion.

Standard deduction from salary, HRA, deduction for home loan interest and investment-linked deductions under section 80C must be reintroduced, as the same form a part of routine spends from the incomes of individuals. 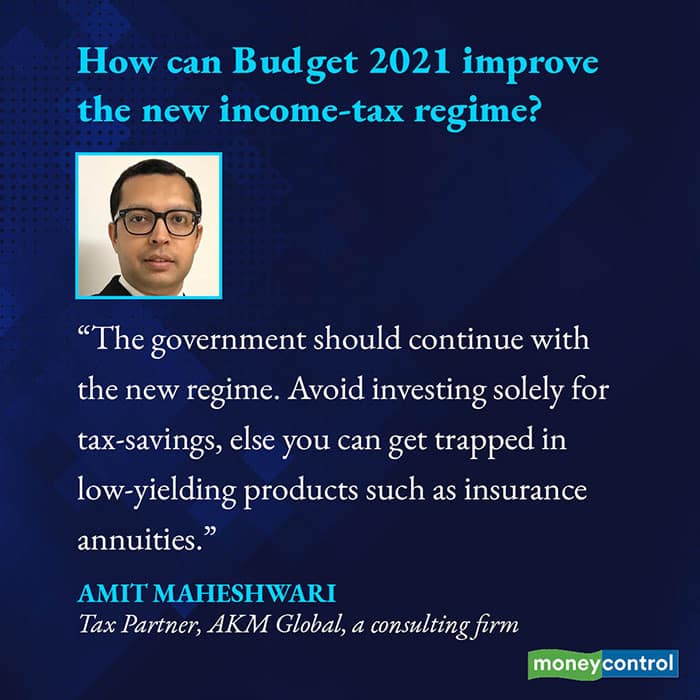 The new regime has been unattractive to a large segment of individual taxpayers who have been paying rent, or equated monthly installments (EMI) for home loans, life and medical insurance, and so on. But it has several advantages over the older one, as it leaves more cash in the hands of individuals, and gives them flexibility to invest. It helps millennials who don’t have a legacy of investments.

The government should continue with the new regime. Avoid investing solely for tax-savings. Otherwise, you can get trapped in low-yielding products such as insurance annuities. Having both options leads to significant confusion in the minds of the taxpayers and it is best to have one option. We believe, slowly, taxpayers will start leaning towards the newer regime as they will stop making investment decisions purely from a tax point of view. Growing financial literacy will help in that shift. The new regime puts the onus on tax payers to take better control of their saving and investing requirements. This is a policy shift. The government wants you to think beyond tax incentives and wants to offer you greater flexibility. So far, a large section of tax payers benefitted from the old regime. But our data also tells us that some people (those earning Rs 8 lakh taxable income and above) do not maximise section 80C benefits. If such people also do not claim HRA and LTA benefits, they may be better off by being in the new regime.

Last year, due to Covid-19, taxpayers may have little left to invest for tax saving. It will be interesting to see how many people switch to the new regime at the time of filing their tax returns for FY 2020-21. A longer review period is needed to assess the potential of the new regime.
Ashwini Kumar Sharma
TAGS: #Income Tax #Tax
first published: Jan 21, 2021 11:23 am