The Nifty recouped losses and closed higher on August 6 ahead of the Reserve Bank of India (RBI) policy outcome. Further, the index remains in a bear grip as it makes lower lows and lower highs on a consistent basis. 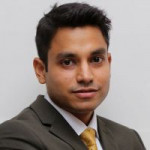 The index sold off in the last hour of the trading session on August 6 as it failed to close above 11,000 levels. Failure to make a higher high crossing previous day’s high will resume the corrections dragging it lower to levels of 10,725-10,560.

Here is a list of top three stocks which could give 10-13 percent return in the next three to four weeks:

On the weekly chart, Bajaj Auto has taken support at a trendline formed joining major lows from 2016 onwards.

A sustained trade above this trendline support i.e. Rs 2,450 will resume the uptrend taking it higher to levels of Rs 2,810-2,950. Further, on the daily chart, the stock has started forming higher highs and higher lows after taking support at the Rs 2,450 levels indicating a short-term trend reversal.

On the weekly chart, Divi’s Laboratories is on the verge of a breakdown from the neckline of a head & shoulders pattern placed at Rs 1,520.

Further, it has turned south after facing resistance at the 61.8 percent Fibonacci retracement level which suggests weakness. On the daily chart, it has broken down from a channel pattern suggesting lower levels in the coming trading sessions.

On the weekly chart, UPL has broken down from the recent low of Rs 555 suggesting that lower levels may be witnessed in the coming trading sessions. Further, volumes have been higher in the breakdown which suggests weakness.

Moreover, the stock is making lower lows and lower highs suggesting bear dominance in the stock. Further, RSI has turned lower from the 40-level which is favouring the bears.