Morgan Stanley, which expects the Sensex at 42,000 by December 2019, said the market could start pricing in a stronger election outcome in the coming weeks causing the Nifty to break its four-month range to the upside.

Broader markets sharply underperformed benchmark indices in 2018. Nifty Midcap index fell 26 percent and Smallcap index was down more than 35 percent as compared to 3 percent up move in Nifty50.

In the last few days, the situation seems to have changed. Analysts now feel that most of negatives are behind and the market is poised for the next phase of bull run.

"Oil price is unlikely to continue to rise. Events of the past eight weeks on the political front, including various pre-poll alliance formations, the farmer cash transfer scheme and the military action across the border, may cause polarisation in the forthcoming general elections and increases the probability of a stronger government," Morgan Stanley said.

In the meanwhile, fundamentals appear to be at the start of a new up-cycle, whereas valuations are at mid-cycle, it added.

According to the global investment firm, growth is likely moving higher with PMIs in clear expansion zone, credit growth at multi-year highs, corporate revenue growth at almost a 20-quarter high and corporate profits at a 25-quarter highs.

The Nikkei India Composite PMI Output Index rose from 53.6 in January to 53.8 in February, reflecting a solid and accelerated increase in private sector activity in the country. The index captures seasonally adjusted activity in both the manufacturing and services sectors and a reading above 50 indicates expansion from the previous month.

Edelweiss said the banking sector has seen 2 mega trends: a) Credit growth is making a comeback post sliding for 2 years. System-wide loans & advances have clocked the highest growth in the past 18 quarters aided by rebound in the industry and service sector growth; and b) Gross NPLs have dipped by Rs 57,800 crore over Q4FY18-Q3FY19 and from 12.52 percent to 10.76 percent of the system-wide loans & advances. Having a support from these fundamental factors, the pre-election rally seems to have started as the Nifty Midcap index has climbed nearly 9 percent and Smallcap index has surged 12.5 percent, so far, since February 18, 2019.

According to Andrew Holland, CEO of Avendus Capital Alternate Strategies, "There is a possibility that we could see a pre-election rally because liquidity and market sentiment is on the upside at the moment. Globally, too, the US-China trade deal could give the markets a pop higher and even if we were to see weakness in the economy, it would just mean lower interest or stimulus."

"Locally, after the border tensions, there is a feeling that the government's stern response could have added more seats for the BJP and they could get a majority. All this could lead to a pre-election rally. Moreover, with our GDP likely to be around 6 percent, there could room for easing by the RBI in next policy, even to the tune of 50 basis points," said Holland.

Morgan Stanley, which expects the Sensex at 42,000 by December 2019, said the market could start pricing in a stronger election outcome in the coming weeks causing the Nifty to break its four-month range to the upside.

The global brokerage further said the performance gap between largecaps and broader market has started to narrow but has a fair bit of distance to cover, so it expects the broader market to outperform. 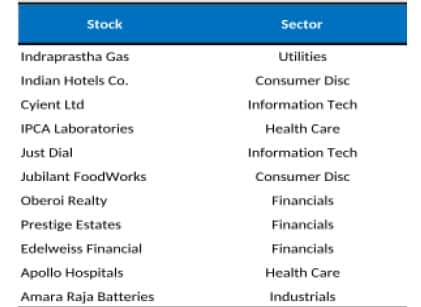