On the occasion of Ganesh Chaturthi today, here are three important tips the God of wisdom offers. Circle of competence, humility and good listening skills are as important as all the investment studies.

Lord Ganesh removes all obstacles on our path to success. So, in every endeavour of ours, we seek his blessings. There are also life lessons to learn from him in our journey to become better investors. Some of those are as follows:

Circle of competence: We all have heard this story. Once Lord Shiva set up a race between his two sons – Lord Ganesh and Lord Muruga. The race was to go around the world, and whoever finishes first, will be rewarded with a mango with Shiva, for which the two siblings had fought. While the younger Muruga immediately set out on the journey in his vehicle, the peacock , Ganesh was well aware of the limitations from his enormous form and his small vehicle – the mouse. But he stayed with his strength and walked around his parents, Lord Shiva and Parvati, and won the race.

This is very similar to what Warren Buffett speaks of: “I don’t look to jump over 7-foot bars: I look around 1-ft bars I can step over. In investing, as in life, one cannot be the best in everything but if one undertakes only those challenges where one is best at, one increases the odds of one's success.

Humility: King Kuber, the Lord of wealth, was very proud of his wealth and looked down upon Lord Shiva for staying in the mountains like a sage. Once he organised a feast and invited all the gods. Lord Shiva and Paravati, realising that Kuber was holding the feast only to showcase his abundance, decided not to attend themselves and sent Ganesha instead.

Ganesha visited the palace of Kuber and ate all the food he had prepared, forcing Kuber to ask for forgiveness for his pride. One who has controlled his ego is called a person who has realised Ganesha consciousness. 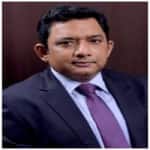 It is very easy for investors to get carried away during a bull market and stop differentiating luck and skill. Also, many times some of your investments may not be working as per your expectations, and, in those situations, realising the mistake and exiting from that position requires humility on our part as investors.

Good listening skill and open mind: Lord Ganesh's big ears signify good listening skills while his big head signifies an open mind. Ganesh is considered the deva of intellect and wisdom. Investing requires these traits. Tempted action in investing based on a single source of analysis is highly dangerous.

Good listening skill is gathering information from all sources about stocks, going through the opinion of everyone, and finally taking an unbiased decision based on one’s own interpretation. It is very important to gradually become wiser in investment decision-making.