On today's Sebi norms on listing start-ups, S Sriniwasan, CEO of Kotak Realty Fund says there is significant value for start-ups to list in the home market. According to him, Sebi has tried to walk a middle-path as far as listing of start-ups is concerned.

Long-term foreign investors, endowment funds want clarity on tax policies in India, says S Sriniwasan, CEO of Kotak Realty Fund. "These investors want to ensure that there will be no retrospective taxation issues going ahead and want to engage with finance minister Arun Jaitley on this regard during his visit to the US," he told CNBC-TV18.

On the positive side, he says the image of India among foreign investors has changed for the better in the past twelve months.

Sriniwasan congratulated the government on REIT legislation, but went on to say that Pakistan has already listed its first REIT. "Time for India to get it done," he adds.

Meanwhile, reports suggest that a probe has been ordered against all IT companies on the issue of immigration (visa). But Rishad Premji, chief strategy officer, Wipro, says he hasn't heard of any formal investigation as far as Wipro is concerned. According to him, it is important to separate emotions from facts and figures. He, however, stressed on the importance of the issue. He says it needs to be looked at very closely. 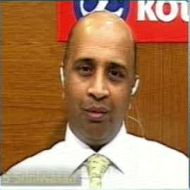 Premji junior is also betting big on the government's Digital India drive and says there is huge opportunity in leveraging Aadhaar, GST network and smart cities. He says the company's India business is doing very well and he will continue to look at government opportunities.

Sriniwasan sees more capital coming in as confidence in the Indian market is returning.

On today's Sebi norms on start-ups, Sriniwasan says there is significant value for start-ups to list in home markets and there's a lot of heat in the space. According to him, Sebi has tried to walk a middle-path as far as listing of start-ups is concerned. He says investing in start-ups is still a high-risk option.

Q: You are hosting lunch meeting today where the Finance Minister is expected to meet with investors. How strong is the story looking today and specifically from real estate point of view do you really see big money coming in?

Sriniwasan: About a year and half ago when I used to come and meet some of these investors, they really didn't have the time of the day, things have changed in the last 12 months and if you look at the quality of participation that we have in terms of some of the largest pension funds, some of the largest endowments out of the West Coast that is obviously interest in India but that interest needs to get translated into actual investments, which is part of the reason why these investors want to have a dialogue with the government.

Q: What are they worried about?

Sriniwasan: A number of these investors have invested particularly during the previous peak of 2007-2009. Things have not gone particularly well on that, partly mistake by the investor, partly state of the market. But what they are really looking for is that these are very long-term investors unlike public market investors who can at the press of a button take the money out. They want stability in tax policies, they want clarity in making sure that there is no retrospective amendments that could affect their investments because if you are going in for seven-eight years, you don't want change in policies to affect your ability to exit for example and some of those issues have bothered these investors and they will get some clarifications today when they meet with ministers.

Q: The Finance Secretary in his conversation with me yesterday said that he expects the first Real Estate Investment Trust (REIT) listing to happen in this financial year. Is that the sense you get as well?

Sriniwasan: There has been a lot of talk on REIT. First of all this government must be complimented for getting the REIT legislation going. It was in the cold storage for the last three years. It is not perfect as of now. Most investors are rather asset owners who would like to see the dividend distribution tax also being exempted interestingly and this I hope goes through to the government is that Pakistan had its first REIT listing last week. If Pakistan can get it done I hope we can get it done too.

Q: Speaking of opportunities and challenges, one of the challenges that the Finance Minister said he took up when he met with officials in Washington D.C. was the issue of immigration and this is a concern as far as Indian IT companies go. I believe that a probe has now been ordered which is looking at all companies, not just Infosys and TCS, has Wipro heard from anybody in the US so far:

Premji: I am not aware, we have not heard any terms of any formal investigation or a probe into Wipro at all.

Q: And how concerned would you be because the Finance Minister also articulated that this is not a situation or an issue that is going to find a resolution any time soon. So, there seems to be a realistic understanding of just how much we can push on this front?

Q: My conversations here with the likes of Oracle and Adobe and everyone is excited about digital India but we have just put out a story today saying that over the last several years payments worth over almost a billion dollars are pending from the government to IT service providers. When you talk about digital India and the domestic opportunity and then you hear stuff like this, doesn’t it cause crisis in confidence?

Premji: Our India business is actually doing very well and is growing significantly faster than the overall company and a large chunk of our India business comes from the government. Our experience with the government has actually overall been quite positive, we are able to collect money and we work in areas where we think we are able to build constructive relationships with government both at the Centre and in the state and we will continue to look at government opportunities because that is where we think the money is.

Not prudent to go for forced waiver of interest, risking financial viability of banks: RBI to SC