The cut in corporate tax was a permanent relief and would alter cash flows, Ridham Desai, Managing Director at Morgan Stanley India, said in an interview to CNBC-TV18.

Desai said private investment cycle would not pick up but demand would see a sharp rise by the next quarter following the cut.

The Sensex gained more than 3,000 points in just two-day rally and surpassed 39,000 mark after the government announced a string of measures to boost the economy. 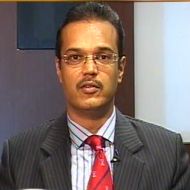 The government also announced a special 17 percent rate for new companies incorporated on or after October 1, 2019 and starting manufacturing before March 2023. It also removed the additional surcharge on capital gains for all classes of investors. The listed companies that announced a buyback before July 5 will not be subjected to the new buyback tax.

Desai expects four more reforms in coming days that would boost the economy improve the fiscal deficit and increase India's weightage in the MSCI index.

The Reserve Bank of India, after cutting repo rate by 110 bps in 2019 so far, is expected to cut another 25 bps in the remaining year, which would the first of the fours reforms, according to Desai. He said he won't be surprised if the central bank would go for a deeper cut.

Privatisation was the second reform that could be back on the table after 16 years and mark a big change in the government’s thought process, he said. The move would improve funding for the government and also control fiscal deficit.

The budget proposed to increase the statutory limit for FPI in a company from 24 percent to the sectoral FDI, with an option given to the concerned corporate to limit it to a lower threshold.

"This is a major shift from the current regime with immediate impact as soon as the policy is approved. Currently, the automatic FPI limit is 24 percent, which can be raised at the discretion of the company. The government has also merged the NRI and the FPI investment route. When these changes are notified, using current constituents in the MSCI, we estimate India's weight in the emerging markets index to rise by 81 bps, implying active and passive inflows of $11.4 billion and $2.8 billion, respectively, totalling $14.2 billion," Desai had said in a July report.

The fourth reform could be sovereign bond issuance, he said, adding the four steps had the potential to take out bearishness and revive economy along the lines of corporate tax cut.

Morgan Stanley preferred midcaps over largecaps, Desai said. Midcaps would get more traction as valuations were attractive and there was fair rerating left in them and smallcaps, he added.

Among sectors, the global brokerage prefers domestic cyclicals over defensives, and overweight on consumer discretionary and industrials as people were expecting recovery in private capex.

"We would also look at real estate which is expected to turn in next 12 months and select NBFCs, while we are underweight on IT, global materials and pharma," Desai said.