East India Securities sees Nifty around 12,000 by year-end. Here are its 4 multibagger picks

Yes….albeit with higher volatility. Year End target is around 12000 for Nifty which is 17 X estimated Nifty EPS for FY20. We expect nifty earnings growth to be robust for next 2-3 years so a 17 multiple on forward earnings should be reasonable.

Even as the benchmark indices are hitting fresh highs this calendar year, experts believe the momentum may continue. Having said that, Sanjeev Mohta, COO of East India Securities, believes that there could be volatility going forward.

"The year-end target for Nifty is around 12,000, which is estimated Nifty EPS for FY20. We expect Nifty earnings growth to be robust for next 2-3 years. So, a 17 times multiple on forward earnings should be reasonable," Mohta told Moneycontrol's Sunil Shankar Matkar.

The Indian market started the year on a strong note, with benchmark indices hitting a fresh record high. Do you expect the momentum to continue? What is your year-end target for Nifty?

Yes….albeit with higher volatility. Year-end target is around 12,000 for Nifty which is 17X estimated Nifty EPS for FY20. We expect Nifty earnings growth to be robust for next 2-3 years. So, a 17 times multiple on forward earnings should be reasonable. 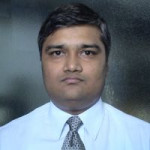 Do you expect Q3 and Q4 to be better than Q2 earnings? Will India Inc. deliver double-digit earnings growth in FY19?

Yes I expect so.

The much-awaited full-fledged Union Budget of the Modi government for this term will be presented on February 1. What are your key expectations?

What are the key sectors or themes that are likely to benefit the most from the Budget 2019?

Do you see any fiscal slippages risk for the government?

Marginal. This financial year it could be 3.5 percent, while for FY19, it could be around 3.2

Midcaps rallied more than 2 percent so far this year. Do you expect that momentum to continue in the current year?

Yes, but volatility will be much higher than CY2017.

Crude prices have risen this year. How important is it from macroeconomy perspective?

It will have some negative impact on Indian economy, but I do not see that denting the Bull market.

What are your five best multibaggers for next 2-3 years or five best picks that can double the money in 2-3 years?