Investors need to take a longer term perspective. In Modi 1.0, investors were handsomely rewarded for staying invested in equities, despite high valuations. Modi 2.0 looks to be a similar scenario.

Q: Do you think the upward momentum will continue amid rising concerns around NBFCs, global factors and shrinking liquidity?

A: From the low in October 2018, Nifty is up close to 20 percent. We have been urging investors to allocate to equities since late October and the beginning of the year.

After a strong run-up, the easy money has been made and further upside is likely to be tougher to come by, driven by catalysts such as the budget, reforms and earnings. 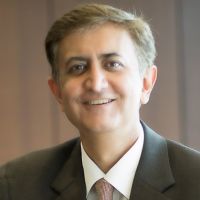 Nifty has consistently displayed a propensity to race ahead of fundamentals since Modi’s victory in 2014. The market today sports high valuations, yet investors are more focused on declining interest rates, declining crude and the prospects for growth in a world increasingly deprived of growth.

What we would say is that investors need to take a longer-term perspective. During Modi's first term, investors were handsomely rewarded for staying invested in equities, despite high valuations. Modi's second term looks to be a similar scenario.

Q: When Sensex and Nifty hit record highs, valuations were a concern. Do you think investors have got the reason to sell?

A: Absolutely right, valuations are a concern. Let’s consider the case of the valuation driven investor. This investor would have exited the markets in March 2015, 2017 and 2019.

Since valuations never reverted to even mean levels, let alone attractive, the investor was unlikely to have re-entered at lower levels. Meanwhile, the Nifty rose roughly 95 percent during Modi's first term.

Valuations need to be viewed in the context of earnings, interest rates and a variety of macro factors. We don’t see this as a market that is selling off; rather, this market is consolidating at current new high levels, after a dramatic move earlier in the year.

Q: Earlier in the month, RBI slashed key rates by 25 bps. Do you think RBI should have done more in its policy meeting to push growth and investment?

A: There’s been a substantial amount of talk in the media about the so-called dramatic slowdown in economic growth. We think, and we’re likely not in the consensus, that it’s premature to suggest we’re at the end of the growth cycle, or that there is a substantial growth slowdown.

The recent quarter’s activity has been greatly affected by the uncertainty around elections. Most promoters and investors we spoke to were by and large in wait and watch mode.

So, we don’t subscribe to the notion that the RBI should have delivered a more dramatic 50 bps rate cut. It was, however, important that the RBI move from neutral to accommodative, to get consistency on rate cuts and signalling.

Finally, the RBI’s decision to support systemic liquidity, while not supporting moral hazard and solvency, is the correct decision for the long term strength of the financial system.

Q: How safe are debt funds now amid rising concerns from IL&FS and DHFL fiasco that could push investors away?

A: Investors trust their capital with fund managers based on the belief that the fund manager will exercise fiduciary responsibility and allocate capital after conducting thorough due diligence.

The actions of some fund managers have been found wanting, and the market will gravitate to investment managers who can be trusted.

Q: Do you still feel that the broader market could outperform and if yes, then why?

A: We are looking at a global trend where companies with the scale of let’s say Amazon, Google, Netflix, etc. are enjoying strong competitive advantages.

Over the past two decades, we have seen a phenomenal list of mid and smallcaps emerge that challenged largecaps and forged new products and services.

We’re not seeing as much of that today. Meanwhile, we see enough businesses with strong experienced management, defensible moats in the largecap space.

Q: If somebody has to construct a portfolio now what would be your advice?

A: It has been my experience that quality stocks, held for long periods of time, deliver exceptional returns. How does one identify quality stocks?

Well, that’s where experience and understanding of equities are necessary. Companies with strong quality management operating in industries with leadership positioning and demonstrable barriers to entry by competitors generally do well.

We’d generally avoid FMCG on valuation. Also, we would avoid autos until clarity on a turnaround emerges, and also avoid commodity driven plays.

Q: If an investor in the age bracket of 30-40 years plans to invest Rs 10 lakh via mutual funds, what would be your advice in terms of portfolio allocations?

A: A 30-40-year-old investor has a sufficiently long time horizon. We would still build the foundation of the portfolio via a largecap weight.

Given the volatility small and midcaps have demonstrated, a healthy allocation—60–65 percent—to largecaps delivers stable and predictable growth.

We would allocate roughly 20-25 percent to midcaps and the balance to smallcaps. Further, we’d tilt the portfolio towards growth, not value, despite growth being expensive.

Q: Do you think the auto sector could emerge as a dark horse in the next 12-24 months?

A: We were amongst the early sellers on auto partly driven by our view that the regulatory and industry changes, alongside buyer behaviour, were possibly structural in nature.

We rarely make pre-emptive decisions and await market confirmation; rather, our approach is driven by understanding the market and reacting accordingly. So, we will look to change our view when the macro, industry data suggest that it’s time to do so.

Q: What is your first take on March quarter results?

A: We think the March quarter results should be viewed with an asterisk related to election uncertainties as well as the credit shocks from IL&FS, DHFL, etc.

Looking at CNX 500 companies, sales have consistently grown over the past 12 quarters. The March quarter also posted robust sales growth of 10.6 percent. Operating Profits have also grown decently, up 10.4 percent.

Q: How are we placed among emerging market peers?

A: With a stable currency, strong leadership, large domestic consumption economy largely insulated from global challenges, India has attractive characteristics amongst most emerging markets and most FIs rate it as an attractive destination for long term investors.