We think that, this time in July, the index will give the breakout of 10,500-10,550 level with the good support of 10,050-10,000, afterwards, the target would be at 11,040 levels, Sumeet Bagadia, Executive Director at Choice Broking, said in an interview with Moneycontrol’s Kshitij Anand.

Q) The week which started on a strong note witnessed profit booking decline in the second half of the week. How would you describe the market action in the week gone by?

A) Yes, the week started on a positive note compared to its previous week’s close but the first day of the week was not that jovial as the index formed a Doji candlestick which itself indicated dull movement. 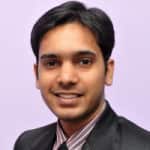 The index has been trading in a range starting from 10,100 on the downside to 10,500 on the upside. But, if we talk about the overall trend, it remains positive as the index is trading above its 21-Day Moving Average (DMA) which is a good sign for an upside movement.

Pattern wise, the index has been trading in a Rising Wedge formation and it is very close to giving a breakout from its upper band of the formation. Post the breakout, we may see a good spurt in the index up to the level of 11,040 levels while on the downside, support is seen at 10,000 on the Nifty.

Q) June series saw both Sensex and Nifty rally over 8 percent each. Which are the important levels that one should track in the July series? Do you think we could reclaim 10,500 or bulls will fail to defend 10,000?

A) Technically, the index has been trading in an uptrend since the last many days and the index is near to give a breakout of its formation afterward the index might give well upside movement.

In July series, one should keep watch on 10,500-10,550 as the Maximum OI also comes there in CE strike price plus 61.80 percent Retracement of its recent fall from 12,435 to 7,493 level and for downside 10,000 is a good support level as Max OI Put strike comes there plus lower leg of Rising Wedge also comes there.

Q) Small & Midcap stocks outperformed benchmarks in the June series and so far in the month as well. What is driving the rally in the broader market when most of the macro indicators remain muted?

A) There is no confusion that there is a wide disconnect between the underlying fundamentals and the equity market performance. This is not just a domestic phenomenon, but globally also the market has rallied. For me, this is a liquidity rally.

In the last few trading sessions, the surprise element is the relatively huge rally in mid & small-cap stocks as compared to the benchmark and the large caps. I am cautious about the mid & small-cap rally.

Q) The first six months which will get over next week produced three stocks in the BSE 500 index that rose over 100 percent. The list includes names like Adani Green, Suzlon Energy, and GMM Pfaudler. What is driving the rally in those names? Or is it just a liquidity wave or there is something fundamental?

A) The rally in GMM Pfaudler and Adani Green is somewhat linked to the fundamentals, but the rally in Suzlon Energy is not justified considering its financial position.

GMM Pfadler is the market leader in glass-lined equipment. It is anticipated to benefit from the shifting of chemical manufacturing from China to India.

Apart from certain corporate action in the Adani Group, the rally in the Adani Green shares might be linked to it winning the world’s largest solar tender. Rally in Suzlon Energy might be in the anticipation of certain positivity in the renewable sector.

Q) More than 70 percent of the stocks in BSE500 gave negative returns in the last 6 months. 18 out of 376 stocks fell more than 50 percent that include names like IndusInd Bank, Future Retail, Repco Home, Lemon Tree, and Raymond. Are they opportunities in a bear market or one should avoid catching the falling knife?

A) In the above-mentioned companies, the fundamental position has deteriorated. Thus there is a fall in the share price.

Our recommendations to investors are that there are many fundamentally strong stocks in the market for investment, rather than catching the falling knives.

Q) Your take on markets in the first six months? Opportunities for new investors but pain for the ones who are already invested? And what should be the strategy now to tackle the second half?

A) The market had been very volatile in the initial six months, with India VIX moving to 80 levels. Before the crash in the market, the economy was already in the downtrend. COVID-19 pandemic has further elongated the recovery time.

Monetary and fiscal actions from various countries have led to a recovery in the market from the March 2020 lows. The gradual opening of major economies from the lockdown has also contributed to the rally.

Certain disturbances done by the pandemic may be temporary and thus will take at least 12-18 months for normal operations.

In the near-term there will be a spike in the economic activities, mainly arising from the release of the pent-up demand. Unless there is a medical solution to this virus, the recovery will be gradual.As already said, currently the market is moving ahead of the fundamentals. We are anticipating short term negative jerks in the market, so that will be the time to enter the market for the investors, who have missed the recent rally. With some certainty, I can say that the market is not going again to March 2020 lows.

The trend is positive but gradual. Existing investors, who have been stuck in the market correction, will have to wait for some more time to get a respectable return.