'9,000 critical support for Nifty, and its breakdown could trigger slide towards 8,800'

This week, the derivatives statistics indicating sideways to a negative bias in both Nifty and Bank Nifty as fresh short buildup has been witnessed in both the indices.

The closure of Franklin's six debt funds may lead to a contagion effect on other mutual funds, leading to investors seeking redemption, particularly from high risk-high return debt funds. And, such an event hurts the entire financial system including the equity markets and results in a knee-jerk reaction," Ajit Mishra, VP Research at Religare Broking said in an interview to Moneycontrol's Sunil Shankar Matkar.

Q: Do you think the market will break on either side of its range in coming weeks or stay volatile?

Markets are constantly facing headwinds as the prevailing lockdown has completely derailed the economy and the news of a further delay in the stimulus package has dampened the sentiment. At the top of it, there's no relief from the COVID-19 front as the numbers are not showing any signs of slowing down yet and that could result in further extension of the lockdown.

In such a scenario, we doubt the recent recovery can extend further and Nifty would find it difficult to hold above 9,400. On the other hand, a decisive fall below 9,000 in the index would trigger fresh fall and we feel banking could lead that decline. 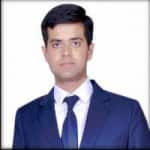 Q: Franklin Templeton MF closed its six debt funds, which was the second causality after IndiaNivesh which shut in March. Is it indicating that there could be more selling pressure in coming days which can break March lows. Will investors lose their faith like seen in 2008 global financial crisis?

The closure of Franklin's six debt funds has raised questions over the quality of investments by the fund especially when the scenario was pointing otherwise. This may lead to a contagion effect on other mutual funds, leading to investors seeking redemption particularly from high risk-high return debt funds (funds having exposure to low rated companies/corporates). And, such an event hurts the entire financial system including the equity markets and results in a knee-jerk reaction.

However, since the markets have already corrected by 25-26 percent from their peaks, some of the risks seem to be factored in. Further, there is a possibility that investors would move to funds with superior credit quality which could provide some stability. Also, we believe that it depends on how quickly the pandemic comes under control, as the resumption of business activities would help get the economy back on track and provide a sentimental boost to the investors.

Q: Few days back some analysts were saying about the debt crisis would be the next. RBI has been doing their best to maintain liquidity, but do you think more needs to be done to avoid such crisis. What should government and RBI do to avoid shutting down Franklin Templeton kind of funds?

We agree that the huge sell-off in debt markets owing to the COVID-19 impact has led to a decline in bond prices and a rise in yields due to poor liquidity. This has impacted corporates' ability to service their debt obligations which are hurting the debt mutual funds, especially with exposure to lower-rated corporate bonds. Although, RBI has taken a host of measures to infuse liquidity in the financial markets, banks are still apprehensive of lending to more vulnerable sectors like small and mid-sized NBFCs as well as micro-finance institutions. The poor response to recently launched TLTRO 2 is a case in point.

We feel the RBI can think of a special window to the banks to save the mutual fund industry as they did during the previous financial crisis if they see the situation deteriorating ahead.

Q: What are your top five bets for next one year which has defended and can defend themselves in every crisis (kindly explain the rationale if possible?

Britannia: Britannia is one of the steady players in FMCG space mainly biscuits and bakery segments. Strong management and its focus on growth are one of the reasons for the decent performance of Britannia. Going forward, we believe the company would deliver healthy growth driven by 1) innovating products in core categories, 2) continuous investment behind its brands, 3) Maintaining leadership position and gaining market shares and 4) Increasing distribution reach. Further, the company’s cost-saving initiatives, product mix and premiumization would help in gaining revenue as well as expanding margins.

Hindustan Unilever: HUL is a strong player in the FMCG sector, with presence across segments such as Home Care, Beauty & Personal Care and Foods and Refreshment. The company's performance has been consistent and going forward we expect HUL to outperform other players led by 1) healthy product portfolio and well-recognized brands amongst customers. 2) The company’s continuous focus on premiumization of products, 3) Its robust expansion in the natural category which is well-known among the young generation, 4) HUL has strong distribution network which helps the company reach its customers in rural as well as urban areas and lastly 5) It has constantly focused on acquiring brands which are suitable for developing business; e.g. recent acquisitions include GSK consumer business, VWash brand from Glenmark, etc.

HUL thus remains one of the preferred picks in the sector for long term on the back of strong balance sheet, earnings growth visibility and healthy return ratio.

Cipla: Cipla is the largest player in respiratory therapy with a market share of 20 percent and is the 3rd largest player in the domestic formulations market. Its India business is gaining strength as the company is enhancing the penetration of respiratory drugs. Notably, Cipla also sees opportunity in tackling COVID-19 by leveraging its wide portfolio of respiratory, asthma, anti-virals and HIV drugs. We believe, if successful, it could boost its growth prospects. Moreover, Cipla's initiative of combining its domestic business verticals of trade generics, consumer and prescription will lead to strong synergies across portfolio and distribution chain, thereby leading to higher growth.

Further, the company has a strong respiratory pipeline in the USA as well and expects to gain significant market presence through its complex products. On the cost front, reduction in debt, cost optimization measures, as well as declining R&D expenditure (as trials on respiratory assets are completed), will lead to better profitability going forward. In short, it could be one of the promising blue-chip bets from the pharmaceutical space.

Bharti Airtel: Bharti Airtel is one of the leading global telecommunication company with operation in 18 countries across Asia and Africa and a subscriber base of 419 million. The Indian Telecom Industry has witnessed challenging times in the recent past due to an increase in competitive intensity. However, despite that Bharti Airtel has managed to gradually increase its subscriber base. Further, concerning the AGR dues of around Rs 34,000 crore to the government, the company has successfully raised Rs 21,500 crore through a combination of fresh equity and convertible bond issuance. This has allayed concerns over the sustainability of its business and the recent much-required tariff increase has been a big positive for the industry, leading to better ARPUs for the company.

We believe the worst is over for the telecom industry in terms of pricing and Bharti Airtel is well placed to benefit from the same given its strong customer base, healthy balance sheet and industry tailwinds such as increased government focus on digitization leading to increase in data usage. Further, we believe that it would be one of the least affected due to nationwide lockdown.

HDFC Bank: HDFC Bank is one of the leading private sector banks, providing a wide range of banking services covering commercial and investment banking on the wholesale side and transactional / branch banking on the retail side. Since years, HDFC Bank has been a consistent performer in terms of delivering growth. Its financial track record has been impressive with its total income and PAT growing by 20.1 percent and 20 percent CAGR over FY14-19. NII growth stood healthy at 21.2 percent CAGR during the same period, while NIMs have remained consistent in the range of 4-4.5 percent. Further, its asset quality has remained stable for years with gross NPA at 1.42 percent and net NPAs to advances below 0.5 percent.

We believe that the banking industry would witness challenges in the near term owing to nationwide lockdown which has impacted businesses. Further, HDFC Bank’s high portion of retail loans could pose a risk to its asset quality. Therefore, we have seen a decent correction in the stock price recently. Nonetheless, we believe HDFC Bank is well placed to wither the storm given its quality franchise, strong balance sheet and industry-leading asset quality. From a long term perspective, it is poised for strong growth led by its increased focus on digitization and wider reach which would enable it to strengthen its market share further and deliver healthy growth.

Q: The volatility index cooled off considerably to below 40 levels in last four weeks. Does it indicate that there would be no major selling pressure in coming days or something else?

Though the volatility index has cooled off significantly this month but still hovering at a very high level of 40. And, we may again see a spike in the index, citing the weak domestic sentiment and which in turn may induce fresh selling pressure ahead. However, the quantum could be less as compared to the March month fall.

Q: What is the F&O data indicating now and what could be expiry level in coming week? Also what are things one should look at in the coming week?

The derivatives statistics indicating sideways to a negative bias in both Nifty and Bank Nifty as fresh short buildup has been witnessed in both the indices. As per the latest data, Nifty has witnessed a rollover of around 24 percent and Bank Nifty nearly 15 percent in the next series so far.

Importantly, the derivative data and chart are aligned in the same direction and 9,000 would be critical support area and its breakdown could trigger fresh slide towards 8,800 level.

Disclaimer: The views and investment tips expressed by investment expert on Moneycontrol.com are his own and not that of the website or its management. Moneycontrol.com advises users to check with certified experts before taking any investment decisions.
Sunil Shankar Matkar
Tags: #MARKET OUTLOOK #Nifty #Sensex
first published: Apr 27, 2020 01:14 pm