The success of the U.N. climate summit in Egypt, which has entered the second week, will be measured by the progress made on the contentious issue of climate finance, but the signs are not encouraging

Now that the initial excitement of including loss and damage finance in the official agenda at the U.N. climate summit at Sharm el-Sheikh in Egypt has settled, concerns are rising that nothing much would result from the summit as wealthy countries continue to drag their feet on climate finance while developing nations want more than words and intentions.

The small resort town on the Red Sea coast was abuzz with the presence of close to 50,000 participants at the 27th Conference of Parties (COP27). It is the first time in 28 years, since the U.N. climate convention was adopted, that global negotiators are discussing the issue of financing loss and damage due to the climate crisis.

Besides that, the other main highlight of the first of the two-week conference was a cameo by U.S. President Joe Biden on November 11. The United States with Egypt announced a $150 million climate adaptation fund for countries in the continent as a show of solidarity at what is being called the “Africa COP”. 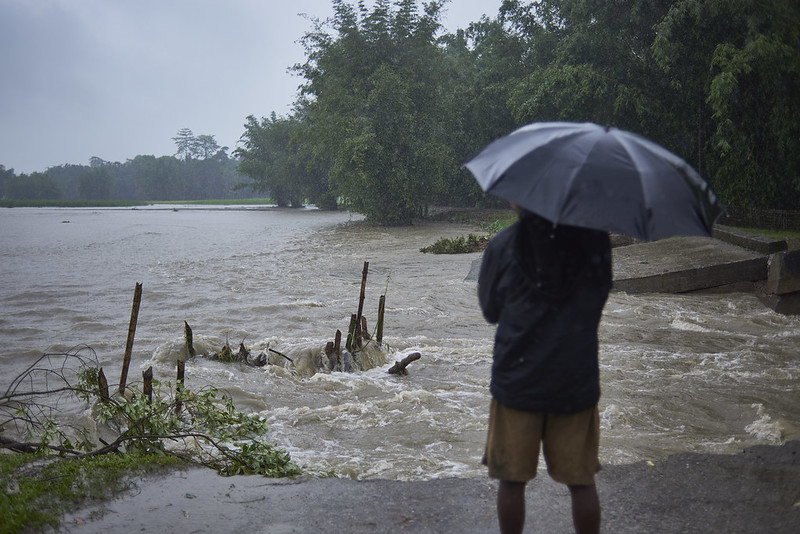 And in that aspect, the U.S. has been found wanting in COP27, again. John Kerry, the U.S. presidential envoy on climate, has made it clear that negotiations on the critical issue of compensating poor nations for the adverse impacts of climate change won’t end with rich countries signing up for open-ended liabilities. “That’s just not happening,” he emphasised at a press conference at COP27. The U.S., however, is engaged in a genuine dialogue on trying to make something work on loss and damage, Kerry added.

That stance is not enough, civil society organisations said, echoing the stance of countries from the Global South. “Vulnerable countries are setting the agenda at COP27,” said Eddy Perez of Climate Action Network, a coalition of NGOs. “There are a lot of expectations on loss and damage.”

“We need loss and damage finance,” emphasised Disha Ravi of Fridays for Future India, which is a part of the climate campaign started by teen activist Greta Thunberg, who has boycotted COP27. “There has not been any substance so far,” Ravi said. “We need to see some money on this account.”

“The U.S. has been the main blocker on loss and damage,” Perez pointed out. “We have to force them to change their views.”

Besides loss and damage, negotiations on other aspects of climate change, such as adaptation and mitigation, gathered pace in the first week of the summit. Diplomats from across the globe were, however, tight-lipped on the progress.

The summit began with an aim to raise finance and meet the agreed-upon financial commitments. So far, some of the rich nations have sought to avoid discussions on what qualifies as climate finance, and how it is reported and assessed. On the other hand, developing countries are against keeping definitions broad and undefined as that could be used as a loophole at a future date.

As the second week of negotiations start on Monday, November 14, the focus shifts to the ministerial sessions that will determine the outcome of the 2022 summit. Work has begun to put together a draft declaration that will be presented for unanimity at the end of COP27.

Because it is touted as an implementation COP, the Egyptian presidency will be eager to show some real progress. Discussions are taking place on a strong mitigation work program that will provide the framework to discuss the nationally determined contributions (NDCs) to cut emissions.

The mitigation plan will also lead to the global stocktake next year, which will officially look at the progress made on the NDCs. The plan aims to cut emissions by 50% by 2030, which is what the Intergovernmental Panel for Climate Change, the U.N. science body, says is necessary if the Paris agreement goals are to be met.

There has been little progress on the crucial, long-term goal of climate finance. Discussions in the second week will determine whether there will be any progress on it at all.

The Indian delegation has made its expectations clear at the end of the first week. The government negotiators expressed regret that there is still an unequal world, with enormous disparities in energy use, incomes, and emissions.

The world must recognise that the global carbon budget is shrinking rapidly, and the remaining budget must be shared equitably, India said in a statement. There is a serious gap in operationalising the principles of equity in matters related to the climate emergency, it emphasised.

India also stood firm on its long-standing stance of upholding the basic principles of common but differentiated responsibilities, equity, and the nationally determined nature of climate commitments under the Paris Agreement. 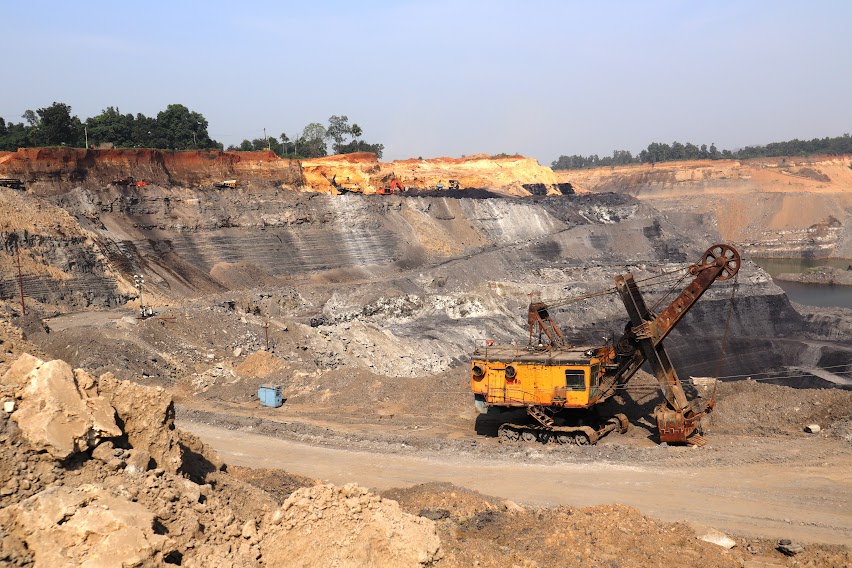 India states that COP27 must meet the long-term goal of phasing down fossil fuels. Photo by Mayank Aggarwal/Mongabay.

This is being seen as a diplomatic offensive by India, which has often been accused of using coal excessively to meet its electricity demand.

Last year at the Glasgow climate summit, there was a standoff between India and other major economies on the phasing out of coal. The developed world wanted to include the phrase ‘phase out,’ which India had insisted was not acceptable, putting forward the phrase ‘phase down’ as an alternative. India ultimately had its way, and the Glasgow summit called for a phase down of coal.

In a related development, a report released on Monday, November 14, said that the four major emitters — China, the United States, India, and the European Union — are downplaying their progress on arresting climate change. Real-world evidence suggests at least three, which includes India, will cut emissions faster than their headline targets indicate, said the report by the Energy and Climate Intelligence Unit.

“The pace at which the green transition is speeding up, particularly in the powerhouses of the global economy, is remarkable,” Gareth Redmond-King, international lead at the non-profit, said in a statement. “It shows starkly just how the right policy and market frameworks are driving change at a pace which would have been unimaginable just a few years ago.”

India, too, in its official communique urged the acceleration of the global clean energy transition, asking all nations to acknowledge that all fossil fuels contribute to greenhouse gas emissions.

The report said that the rollout of renewable energy, particularly solar, is accelerating rapidly in India and will transform the country’s electricity sector by the end of this decade. The report pointed out that coal generation will become an increasingly unprofitable backup for wind and solar and will inevitably fall away as storage takes off.

India is also seeing a steady flow of private capital to finance its energy transition. As much as 70% of the Adani group’s capital investment in this decade will flow towards green transition, the report said. Reliance Industries, one of India’s most valuable companies by market capitalisation, has committed to investing $80 billion in Gujarat alone. There’s up to $10.5 billion of support in a partnership deal between India and Germany.

The report said that these trends, alongside efforts in green transport and eco-friendly housing, look like putting India on course towards its 2070 net zero emissions target.