How the government resisted populist temptations to create a growth Budget

Economy in tatters, a raft of sectors batted by the virus crying for help, plenty of lobbying from all quarters. Yet the policymakers stuck to the task of creating a Budget affixed on growth goals. A behind-the-scenes look at what went into the making of Budget 2021.

In an ordinary year, the work on an upcoming Budget begins by October. It gradually ramps up by December, when most of the publicised pre-Budget meetings take place, and attains fever-pitch until the finance minister of the day presents the Budget on February 1.

The year 2020 was not ordinary. The pandemic turned on its head many things. Budget meetings—and preparations—too underwent a radical change due to the disruptions and damage caused by the virus.

Regular high-level meetings on the economy were taking place between the Finance Ministry, Prime Minister’s Office and other departments, as well as other stakeholders, since the nationwide lockdown in March due to the COVID-19 pandemic. So there is no firm point in time where the discussions on economic packages ended and where the budget talks began.

“You can say that in some ways we have been discussing the budget since March. There is a reason why the prime minister said on the first day of the budget session that it should be taken as a continuation of the Aatamanirbhar Bharat announcements,” said a top official.

For this article, Moneycontrol spoke to a number of top officials who were involved in the making of the Union Budget 2021-22. By now, the main themes have been debated and dissected: fiscal expansion, push to create jobs and demand through public investment in infrastructure, an ambitious privatisation programme and a renewed focus on the health sector in light of COVID-19.

What also caught many experts by surprise were the missing populist announcements in the budget. The government could have been excused if it had given into what most governments would have in a difficult year.

Yet it stayed away from extravagant measures. 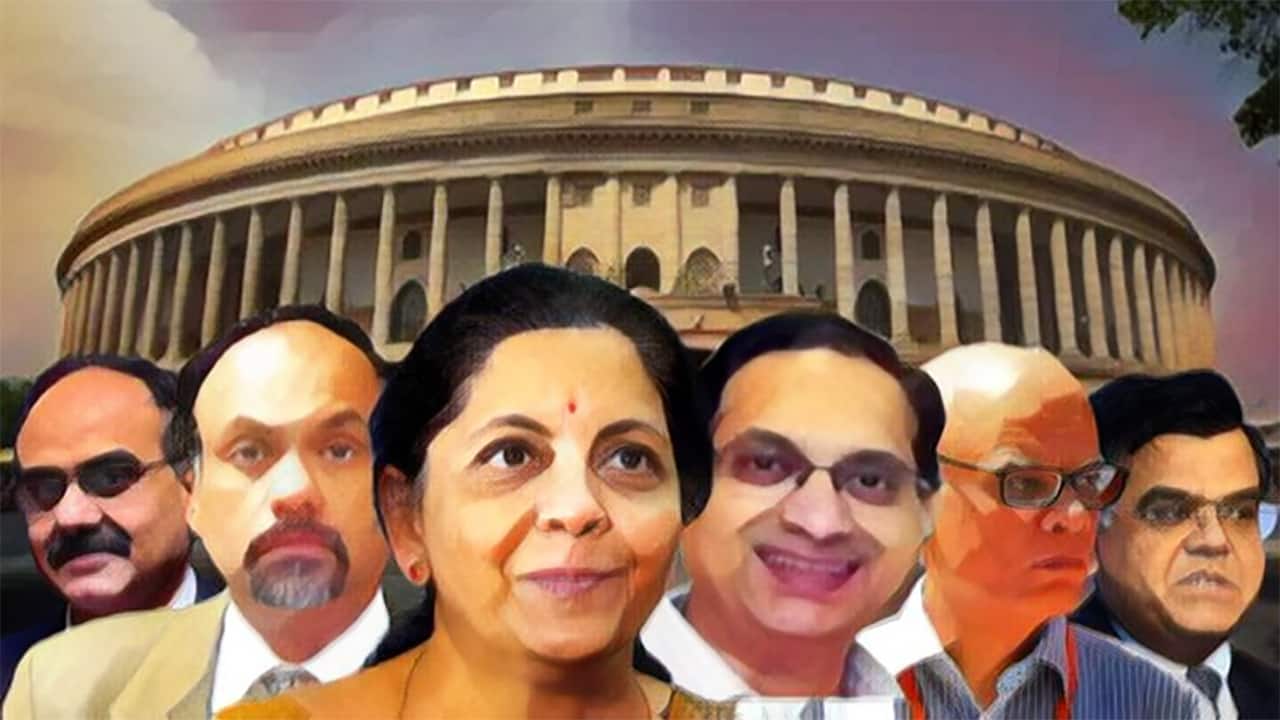 There was no shortage of advice though. Throughout 2020, officials in North Block and PMO were overwhelmed by advice and suggestions from industry bodies, economists, bankers, representatives of small and medium businesses, trade bodies, labour sector, as well as the RSS-affiliated bodies like Swadeshi Jagaran Manch, Laghu Udyog Bharati, and others.

These conversations were held against the backdrop of a severe economic slowdown, rising number of COVID cases and millions of jobs being lost, especially in the unorganised sector.

Almost all of this advice was populist in nature. The government was clear that the Gareeb Kalyan and Aatmanirbhar Bharat packages would focus on providing relief to the poor and on supply-side measures. “Our approach was different from other nations. It was calibrated recognising the simple idea that pushing the accelerator works only when the brakes are removed,” Chief Economic Advisor Krishnamurthy Subramanian said on January 29. This line has been oft-repeated by other officials.

“We were always clear that the demand push would come in the budget. Many stakeholders took that to decipher that the budget would be populist in nature,” said a second official.

The advice the government received over the past six months was on these lines: tax breaks for the salaried classes and MSMEs, incentivising MSMEs to expand and hire more, expansion of NREGA and the introduction of an urban jobs guarantee programme, continued income support by extending the PM Gareeb Kalyan announcements of March 2020, and even suggestions on bringing in some kind of a quasi-universal basic income. These discussions happened in publicised pre-budget meetings as well as numerous closed-door interactions.

Apart from the scheme to encourage MSMEs to hire more, announced in the November Aatmanirbhar Bharat set of announcements, none of this came in the budget. Budget-makers say it was a conscious decision.

“The prime minister has always been averse to populist handouts. It is not that we dismissed any of the advice we received. We considered all the views, including economists who are ideologically opposed to us,” said a political source.

Indeed, Moneycontrol has learnt that the idea of an ‘Urban NREGA’ was discussed threadbare. Internally, officials had even put a figure to it: Rs 35,000-40,000 crore annually to begin with.

However, as pre-budget deliberations between North Block and PMO gathered pace, by October it was decided that the way to create jobs would be through pushing infrastructure projects with a high multiplier effect up and down the value chain. A number of mega-projects were identified, and the pillar of the Budget would be public investment. 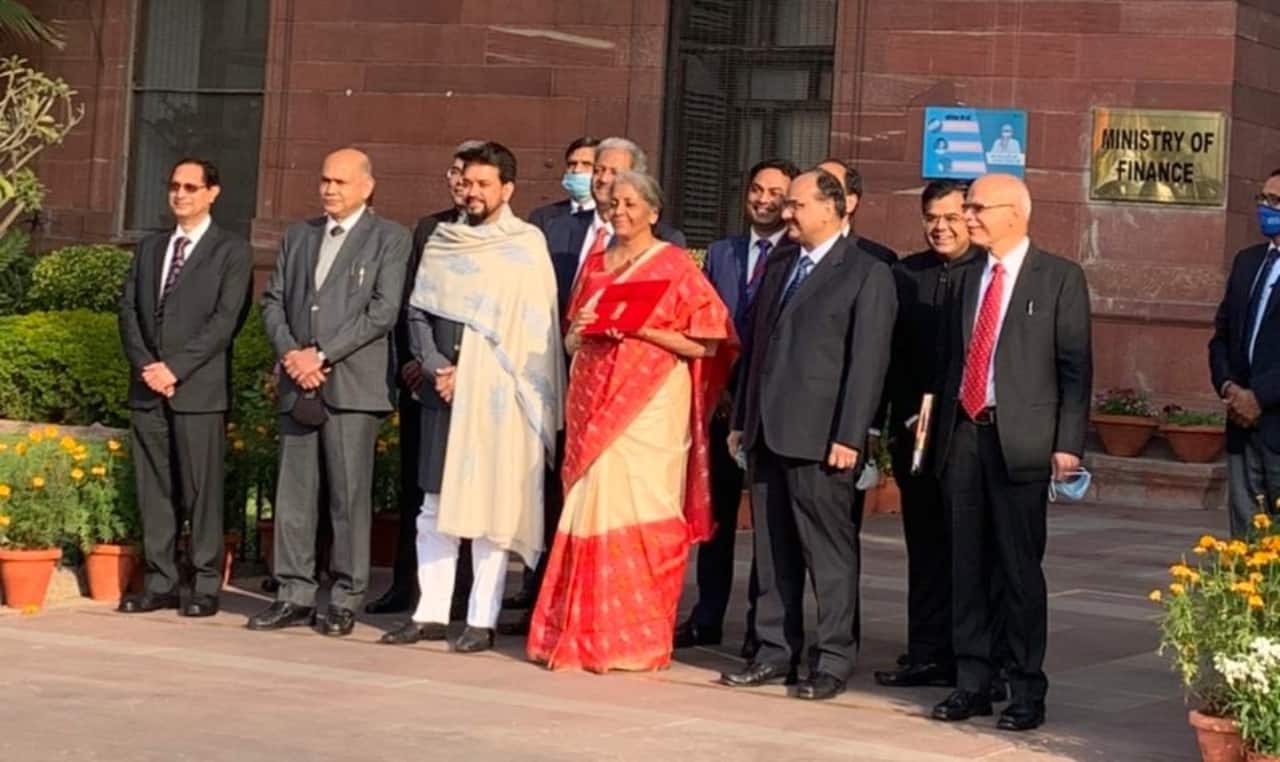 Another interesting narrative which the senior officials of the Finance Ministry have been speaking about is the ‘realistic’ and ‘conservative’ targets, especially the tax revenue numbers.

“So we have taken our nominal GDP growth rate at 14.4 percent and the revenues growth rate at 16.7. That means revenue buoyancy is only 1.16. We are hopeful that we will be able to get more than this and also achieve more in the other areas of non-tax revenue and disinvestment. We will definitely be within 6.8 percent (fiscal deficit target for 2021-22) and could be lower," Economic Affairs Secretary Tarun Bajaj said at the post-Budget press conference on February 1.

In fact, it was Bajaj and Expenditure Secretary TV Somanathan, two PMO veterans in the Finance Ministry, who drafted most of Nirmala Sitharaman’s budget speech.

An official deeply involved in the Budget-making process gave a very interesting reason as to why tax revenue targets were kept ‘low’.

The person said that there was sort of an unspoken agreement between the revenue department (mostly comprising revenue service officers) and other budget makers (mostly IAS officers).

“When faceless assessment and taxpayers charter was introduced last year, the revenue department was not initially warm to the idea. They came around eventually, but in return they have been given targets they can actually meet,” the official said.

This, two more officials confirmed, was the reason why any tax cuts for the middle class and MSMEs was not brought in, nor were income tax slabs tinkered with.

“The impact of corporate tax cuts in 2019 is yet to be fully realised. Cutting income tax or altering the slabs would have made the tax department’s job even more difficult. For a couple of years we will give them realistic targets,” said one of the officials.
Arup Roychoudhury
Tags: #Budget 2021 #Covid-19 #Economy #Finance Ministry #Narendra Modi #Nirmala Sitharaman
first published: Feb 8, 2021 06:39 pm