Third quarter performance was hit due to floods in Chennai but there has been a strong pullback in the last quarter, he said, adding growth in business from regulated markets like Australia and the US have helped, said Arun Kumar, Executive VC & MD at Strides Shasun.

Strides Shasun has seen solid growth in all except the emerging markets during the fourth quarter of FY16, said Arun Kumar, Executive VC & MD.

Third quarter performance was hit due to floods in Chennai but there has been a strong pullback in the last quarter, he said, adding growth in business from regulated markets like Australia and the US have helped.

The acquisitions done during the last few months have either not been fully consolidated or if consolidated were very small in terms of accretion to the quarter, he said pointing out that the numbers for Q4 are, therefore, comparable on a quarter-on-quarter basis.

Although the company does not give any guidance, he hopes the operating margin performance will only gradually improve from here on as company has undertaken various course correction initiatives and is looking at improving margins in the API business. 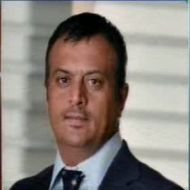 Below is the verbatim transcript of Arun Kumar’s interview with CNBC-TV18's Latha Venkatesh and Sonia Shenoy.

Sonia: The topline growth looks quite good at Rs 1,000 crore. Just take us through how the quarter has panned out for you?

A: It has been a great quarter in terms of both revenues and margins. So, we have obviously managed to beat the consensus here. We had a good pull back from Q3 when we had some issues with our Chennai operations because of the floods. But then we had a strong Q4 come back and it has been a milestone quarter from all aspects. So, we have had solid growth across all our markets except energy markets which is still flat growth and given all the currency issues and other things.

Latha: You also made a bunch of acquisitions which is why your results are not strictly comparable with the previous. Would you take us through how your various acquisitions did, the Arrow acquisition, the Australian acquisitions, the Nairobi acquisition.

A: Yes, Q3 to Q4 is fairly comparable because none of the acquisitions were completed before December 31 in terms of consolidation or if they were like in the case of Ranbaxy acquisition of the CNS branch to Sun Pharma. There were very small transactions in terms of accretion to the quarter. So, the quarter-on-quarter (Q-o-Q) has been a very strong growth and that is mainly come in from our regulated market growth in Australia and US.

Latha: Your earnings before interest, taxes, depreciation and amortisation (EBITDA) margins have come in at 19.6. That is a little better than what the analysts told us, they told us to expect 19 percent. How will FY17 look like, will you be able to improve upon these?

A: We don't give a guidance going forward.

A: Directionally it should. Since we have done all these transactions we have moved our base EBITDAs by close to about 400 points in the last 14-16 months. So, we will continue the growth, the focus at Strides has always been the growth of margins and we will get there. You need to consider that a large part of our business this year had an Active Pharmaceutical Ingredients (API) business where our margins are very low. In spite of that we have got close to 20 percent EBITDA margins and that is because the rest of the formulation business are doing well. But we have also managed to improve our API business margins and we will continue that momentum. We also believe the emerging markets will come back because all the course corrections were done since over three to four quarters. So, that will add up nicely to the EBITDA growth. So, yes, we are all very excited about what the next year could be.

Sonia: You were telling us about the growth that you have seen in US and Australia. Can you give us the exact numbers, what was the growth this quarter in those two markets and going ahead what kind of sustainable growth do you see?

A: We don't split up revenues of regulated markets by market but we can give you our total regulated market last quarter was the Rs 375 crore and for the whole year it was Rs 1,100 crore. So, that is over 100 percent growth over the last year.

Sonia: I wanted to just ask you about the inspection of your Bangalore facility. When do you expect approvals to come in for the same?

A: We had an inspection recently. Recently we had minor 483s which have been addressed. So, we expect the inspection close out to come across to us in the next five to six weeks if not earlier. So, that is what we assume. It was a very minor correction which we already completed.

Latha: How much would institutional business now constitute?

A: Institutional business have been the stellar performer this quarter and that is mainly due to a supply chain disruption across some of the other suppliers. So, we benefitted from that. That has been our strongest quarter and best yearly performance. So, we delivered close to about Rs 600 crore in a year and this quarter we had a little over Rs 200 crore.