In an interview CNBC-TV18 Vinay Khattar, Associate Director & Head of Research, Edelweiss Financial Services shared his views on the Q2 earnings performance of companies across various sectors. He is bullish on companies like Symphony Limited and KPIT Technologies on the back of their financial performance in the quarter gone by. However, he is not too gung-ho on Kewal Kiran Clothing given the falling gross margins and its inability to pass through cost to consumers.

Sonia: You have identified some stocks that have done well this earnings season and KPIT Technologies is one of them. Just take us through what your prognosis is for that coming?

A: If you look at the KPIT business model they are into providing IT services for the auto companies. Now if you look at the entire IT outsourcing space, auto engineering has been one of the spaces where IT penetration has been relatively lower as compared to let us say BFSI or telecom and other sectors. 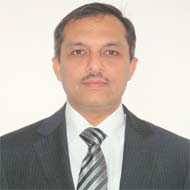 Our sense is that this space is going to expand very rapidly going forward. IT penetration will go up. Currently auto companies outsource only about 7 percent of their R&D pertaining to engineering and so on. This could go up to almost 14 percent over next three-four year which provides KPIT a big opportunity. Plus KPIT because of its earlier tie-up with Cummins is in a very sweet spot in terms of its technology capability and it should do pretty well.

Now coming specifically to this quarter, this particular segment, this particular SBU has done very well, it has grown at almost 24 percent top line growth eventually leading to a blended growth of about 8-8.5 percent at the overall company level. This traction can continue.

Another place where KPIT has done well is in terms of their SAP business. Now SAP business was underperforming for last two-three quarters because most of the companies had moved to the cloud computing where KPIT was still in the process of catching up. That has happened in this quarter they have begun to show some kind of turnaround happening there.

All said it is still available pretty cheap, 9.5 times FY16. An attractive bet maintaining its growth momentum and this should see lot of traction in terms of market capitalisation going forward.

Latha: What doesn’t appear cheap at this point in time is your next hit which is Symphony limited. It has risen by 322 percent year-to-date. Still not an expensive stock, why do you still like it?

A: Symphony has always been expensive, when we started covering, we covered it at Rs 350 just about two-three years ago, it is still a very interesting bet. Symphony is into cooler business, a large chunk of its business is in the unorganised sector. Symphony in terms of value terms is 50 percent of the market share in the organised sector. Every year it launches one-two products, it has got domestic presence which is significant. Large distribution setup and something which is very peculiar to this business is that they allow only cash and carry which means my working capital cycle is very tight. Most of its manufacturing is outsourced so net-net they have a return on capital which is almost 40 percent plus.

In addition to this the company has shown a consistent growth of about 35-40 percent in last five years that is the annual CAGR they have been clocking.

In addition you have an export business in which Symphony wanted to be present in countries where there is a tendency to have very dry air. So in places like Texas the moisture content is very low so people prefer air coolers there in contrast to air conditioning. So those are the markets in which Symphony would want to be present. They have done an acquisition in Mexico and the international business continues to grow healthily.

So net-net at these kind of ratios the multiples look justified and if it maintains its growth momentum the stock could still do well from these levels.

Latha: What is the valuation of Symphony at the moment?

A: At the moment the valuation would be cheap, it will be about 20 times plus one year forward which is FY16. They are likely to report a PAT of about Rs 170-180 crore with a market cap of Rs 5000 crore plus that makes it slightly on the expensive side. But the bet is that very good quality stocks are never going to be cheap. So whenever you have strong market corrections due to macro reasons these could be very interesting buys to be put in your portfolio.

Sonia: You have picked out a couple of misses for us, what about Kewal Kiran?

A: Kewal Kiran is a significant brand owner on the domestic jeans space where the Killer brand exists. In addition they have other brands like Integrity. Now what has gone wrong with Kewal Kiran in this particular quarter we have seen some trends of that happening in the last quarter is that their gross margins are dropping. At the gross margin level as well as at the EBITDA level we have seen a contraction of 3 percent.

Now their realisation has improved by 4 percent plus, volume growth has improved by 4 percent plus. So this tells us that despite having a significant traction both in terms of volume as well as in terms of realisations, my costs are going up appreciably. And this also indicates that the cost increase is so higher that I am not able to have a complete pass through of the price and that is what is causing a bit of concern to us at this stage that if the cost pass through is not happening, could margin pressure continue in the coming quarters at which point one then ends up taking a look at the other ratios and the other numbers and at 20 times plus the stock may not be really cheap if the margins come under pressure over next two-three quarters.

A: Biocon appears a short-term pressure, they have had pressure in the Middle East region, there has been lot of political unrest because of which company has had lot of credit problems. In the last quarter conference call also the company indicated that we would want to go slow in that region and probably withdraw not because the demand is low but because we are having serious credit issues in those particular geographies. So that is one factor which is impacting the company in that particular geography.

In addition there have been one-two odd drugs for which the API pipeline had slowed down, the company had indicated that again in the last quarter and most likely that is likely to pick up from Q3 onwards. So these two factors have had some kind of impact on Biocon numbers in the short-term and that is what is probably holding up the stock.

Few of the key triggers on the longer term for Biocon could be very interesting which includes Syngene listing and their Malaysian facility coming up over the next year which could cause a higher degree of traction on the price. But we may get it cheaper.

Flight restrictions will be lifted once we are confident that coronavirus is in control: Hardeep Singh Puri

Coronavirus pandemic: How Mumbai is planning to battle rising challenges as cases continue to spike

Should you avoid Bajaj Finance in the wake of COVID-19

Coronavirus Essential | Is a stimulus on its way? Lockdown enters critical phase