Upcoming Event : LeapToUnicorn - mentoring, networking and fundraising for startups. Register now
you are here: HomeNewsBusinessCryptocurrency
Numbers worldwide suggest that despite this, cryptocurrency adoption is exponentially surging. Venture capital funds across the world invested a cumulative of $30 billion in this space in 2021, a figure more than the total of all investments made over the last few years
Updated : December 24, 2021 / 06:20 PM IST

2021 has been a roller-coaster ride of a year for the cryptocurrency ecosystem, with many countries across the world taking decisive steps to either regulate or place an outright ban on this emerging, relatively-nascent asset class.

Per a recent report by the Global Legal Research Directorate (GLRD) of the Law Library of the US Congress, 51 countries have placed heavy restrictions on all cryptocurrency-associated transactions.

Out of these, eight jurisdictions like China, Iraq, Bangladesh and others have put in place absolute bans, declaring crypto to be completely illegal. On the other hand, 42 jurisdictions have imposed implicit bans. This implies banning operations of crypto exchanges, along with prohibiting financial institutions from dealing and offering services involving cryptocurrencies. Countries on this list include Tanzania, Toga and Turkey to name a few.

Many global figures have expressed divided opinions when it comes to understanding cryptocurrencies and their financial potential and implications in the real world. The staunchest supporters include Tesla founder Elon Musk and Microstrategy co-founder Michael Saylor.

International Monetary Fund (IMF) chief economist Gita Gopinath has recently been vocal about bringing in global regulations for cryptocurrencies since an “outright ban” seems difficult, given the borderless, transnational nature of cryptocurrencies. Even Jack Dorsey, co-founder and former CEO of Twitter, went as far as stating that bitcoin might replace the dollar.

Indian Prime Minister Narendra Modi over the last few months has called for “jointly shaping global norms for emerging technologies like cryptocurrencies so that they are used to empower democracy and not undermine it” as the debate around cryptocurrency adoption and regulation intensifies in the nation.

On the other hand, notable individuals who think of cryptocurrency as financially destabilising include former US President Donald Trump, who recently called out cryptocurrencies as “dangerous”.

His sentiments were partially echoed by senator Elizabeth Warren, who also called on legislators to clamp down on the “dangerous” decentralised finance and stablecoins sector before it’s “too late”. Former Reserve Bank of India governor Raghuram Rajan stated that “most existing cryptocurrencies won’t survive”.

Just like its adoption and popularity, cryptocurrency frauds have been on the rise, with scams related to it rising almost 81 percent over the last year, gouging off $7.7 billion in total, per a survey by Chainalysis.

But numbers worldwide suggest that despite this, cryptocurrency adoption is exponentially surging. Venture capital funds across the world invested a cumulative of $30 billion in this space in 2021, a figure more than the total of all investments made over the last few years.

India, particularly, led this crypto troupe, being home to the highest number of crypto owners in the world at 10.7 crores, according to broker platform BrokerChoser. With 7.3 percent of the total population owning cryptocurrencies in India, the country is potentially home to a thriving crypto space, the legal ambiguity around it notwithstanding.

But as India and the world warms up to cryptocurrencies, how exactly are governments in various countries bringing in crypto-related controls and regulations? We take a look: 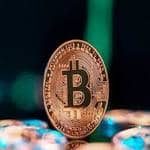 Crypto investments in India burgeoned by almost 400 percent in a single year, jumping from $923 million in April 2020 to almost $6.6 billion in May 2021. As a key financial player in Asia, which is home to the world’s top five nations in terms of bitcoin ownership, according to an analysis by Finder, a cryptocurrency tracking firm, the thriving Indian cryptocurrency space was expecting a positive regulatory response from the government this year.

Notably, the centre had indicated tabling a new bill on cryptocurrency, the Cryptocurrency and Regulation of Official Digital Currency Bill, 2021, during the winter session of Parliament. The bill, which will purportedly “create a facilitative framework for the creation of the official digital currency to be issued by the RBI (Reserve Bank of India)”, sought the prohibition of all private cryptocurrencies in India, with certain exceptions pertaining to the promotion of blockchain, the underlying technology of cryptocurrency and its uses. Additionally, the bill will also lay the groundwork for distributed ledger technology and the creation of the official digital currency.

However, the winter session wound up on December 23 without any deliberations on the bill, since the government sought wider consultations to introduce a bill that is in sync with global crypto standards being implemented in the European Union (EU) and other countries. Sources said the bill will likely be ready for presentation by May 2022.

The government is also contemplating bringing crypto transactions under the ambit of market watchdog Securities and Exchange Board of India, with the renaming of cryptocurrency as a crypto asset in a bid to distinguish it from the RBI’s digital currency project, the Central Bank Digital Currency, which will potentially be piloted early next year.

Citing adverse concerns around exchange management and India’s macroeconomic and financial stability to express their clear disfavour for cryptocurrencies, the apex bank has, time and again, reiterated its stand on imposing a blanket ban on this asset class. The government has strongly clarified that crypto will not be recognised as legal tender or currency in India.

Acknowledging the serious threats associated with cryptos when it comes to terror funding and money laundering, the stringent provisions of the Prevention of Money Laundering Act will also apply to cryptocurrency transactions, with violators facing fines up to Rs 20 crore along with an imprisonment term of 1.5 years.

Reports by various cryptocurrency exchanges like WazirX detail that meme coins SHIB and DOGE, along with MATIC and BTC (Bitcoin) are amongst the most popularly traded coins in India. Major cryptocurrency platforms like WazirX reported a substantial surge in their trading volumes, rising almost 1,735 percent from 2020. Millennials, Gen-Z and investors from tier-2 and 3 Indian cities comprise the majority of this trading base, with women helming the Indian crypto investing sphere. 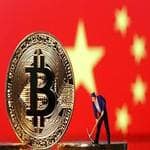 Among the earliest countries to take a strong, hostile stance on cryptocurrencies, China has deemed crypto mining to be “extremely harmful”, an activity jeopardising its pursuit of carbon neutrality. In its view, China views cryptocurrencies as a threat to not just the country’s economic and financial stability but also to its sovereign digital yuan project.

Having earlier commanded almost 65-75 percent of the global crypto mining system per data from Cambridge University, repeated crackdowns by the Chinese government in September and November 2021 have reduced this number to almost 20 percent, though China claims this figure to be at zero.

Having outlawed the provision of crypto transactions and trading services offered by financial institutions and payment companies in June, there are still an estimated 109,900 active crypto mining addresses present in China, mostly centred in cheaply-priced and electricity-abundant distant regions of Guangdong, Jiangsu, Zhejiang and Shandon, according to a report published on the same in November 2021.

Interestingly, the neighbouring region of Kazakhstan saw a sixfold surge in its share of global bitcoin mining, jumping up to 8.2 percent from its earlier share of 1.4 percent, just as China laid down stringent measures against the circulation and mining of cryptocurrencies in June 2021. 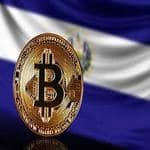 Marking history by becoming the first country in the world to declare bitcoin as legal tender, E Salvador passed legislation in June to allow for the cryptocurrency to become the country’s official currency. Notably, the South American nation’s treasury currently holds 1,120 bitcoin, according to official data, worth nearly $66 million, with the addition of 21 more bitcoins over the last week. With the intention of providing Salvadorans access to first-time banking services and saving some $400 million in remittance fees, El Salvador has long been heavily dependent on it for their economic sustenance. 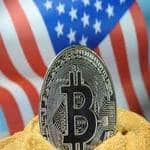 Leading the cryptocurrency mining bandwagon after China’s intense clampdown is the US, which has been rapidly working on adopting cryptocurrency regulations. The Cambridge Bitcoin Electricity Consumption Index says the lion’s share of the global bitcoin mining now resides with the US at 35.4 percent.

The development and designing of these regulations are in full swing in the Land of the Free, with the banking regulators in the country announcing the heralding of clear rules and regulations associated with how banks can employ cryptocurrencies in their operations by 2022.

And just as cases of cyber threats and frauds jump in the wake of rising cryptocurrency adoption worldwide, the US’ Central Intelligence Agency also revealed its involvement in various cryptocurrency-related projects to gather intelligence and to counter crypto-related frauds.

Senator Cynthia Lummins, who hails from Wyoming and is a member of the Senate Banking Committee, plans to introduce a bill that comprehensively covers the legislative and regulatory landscape of crypto in early 2022. She is also one of the two sitting legislators who hold bitcoin in their investment portfolio.