The government is likely to impose duty of up to USD 64.35 per cubic metre on imports of medium density fiberboard (MDF). This comes after Greenply Industries had filed an application for initiation of anti-dumping duty probe.

Speaking to CNBC-TV18, Shobhan Mittal, Joint MD, of the company, said the landed price differential between imported and domestic medium MDF stands at around 5-6 percent. Net MDF imports account for 30-35 percent, majority of which come from Vietnam and Indonesia, he said.

Mittal expects this anti-dumping duty to be implemented in the next 45 days.
Further, the company will increase capacity utilisation to 115 percent from 100 percent with product mix and better products, he said.

Below is the verbatim transcript of Shobhan Mittal's interview with Reema Tendulkar & Nigel D'Souza on CNBC-TV18.

Nigel: Could you give us details on what is the share of medium density fibreboard (MDF) imports into India. How much comes in from Indonesia and Vietnam?

A: The total MDF import in India is close to 30-35 percent of the total MDF market. However, up until few years ago the share of Vietnam and Indonesia was much lower but when anti-dumping was implemented on the other countries like Sir Lanka and Malaysia, the import shifted to Vietnam and Indonesia. Therefore, today majority of the imports are coming in from these two countries.

Reema: Would an anti-dumping duty of USD 64.3 per cubic meter be sufficient and after that is imposed, what will be the price differential between import prices as well as the domestic prices? 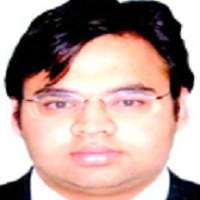 A: USD 64 is not a blanket number across all producers. Every foreign producer is assessed based on their cost and their landing prices in India and duties are different based on. So it is up to USD 64 depending on the produce but some producers attract the lower anti-dumping duty as well.

However, with the anti-dumping duty the gap is lower but it also depends on the location of the import. On the port areas the importers may still be more competitive compared to the domestic producers whereas as you go more inland towards the inner parts of the country, the freight plays an important element and that is where it starts helping us as well.

Nigel: What is the current price difference between MDF and landed cost? Could you give us a rough estimate?

A: It varies from product-to-product and cost-to-cost but it could be anywhere between 5 and 10 percent depending on products and grades of products.

Nigel: In absolute numbers that would be?

A: On an average the MDF realisation ranges at about Rs 16,000-17,000 per cubic meter for domestic producers.

Reema: The commerce ministry has already notified the anti-dumping duty. What is next? How much time do you think it will take to implement it now?

A: I think the matter will go up to the finance ministry and we are hoping that within a month or 45 days we should have this implemented.

Nigel: Sources tell us that you are already running at around 100 percent capacity utilisation and if I am not mistaking, you are coming up with new plant but that is going to be on-stream only in the next couple of years. How will this help you? Will you increase prices? What can this do if it stays for the next year? What can it do to your turnover?

A: We have always maintained that from the existing plant with a right product mix we can push up the capacity to 115 percent. So we still have a margin there and product mix and pushing the right products in the market also will result in higher capacity utilisation. So at the moment we are comfortable. We are not going to look at price increases etc because the idea is to narrow the gap within the foreign producers and us. It is not to encash on increasing profitability. So the idea is to maintain our prices and be in a fair competition with the foreign producers.