UPCOMING EVENT:Are you 45+? Planning for retirement? We have just the right webinar for you - Planning for Retirement with Life Insurance on 27-Jan, 3pm. Register now!
you are here: HomeNewsBusinessCompanies

Demonetisation did not have any adverse impact on the company. Rather, it benefited from the shift to organized sector, said the company’s chairman Dilip G Piramal.

VIP has seen a 54 percent uptick so far this year despite demonetisation that was implemented in November last year.

Demonetisation did not have any adverse impact on the company. Rather, VIP benefited from the shift to organized sector, said the company’s chairman Dilip G Piramal.

Most of the retail chains are now moving towards the organized sector.

VIP will further benefit from high growth in the travel industry. Growth is likely to be in range of 15 percent in the coming year, according to Piramal.

In last 2-3 years, VIP has managed to gain about 2-3 percent market share. It currently enjoys more than 50 percent of market share. 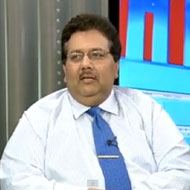 Below is the verbatim transcript of Dilip G Piramal's interview to Latha Venkatesh, Sonia Shenoy and Anuj Singhal on CNBC-TV18.

Sonia: I wanted to start by asking you about the growth because clearly the impact of demonetisation is behind us. We can see it in your own volumes where you have seen 10 percent growth in domestic luggage volumes in the quarter gone by? Are things looking much better than when we spoke last?

A: Things are very good. In fact, demonetisation did not have any adverse impact on us. I think we had a positive impact because it did affect the unorganised sector which is quite a large part of our industry and I think we got the benefit of that. Also, most of our trade channels are now getting – they are veering more towards organised sectors like the hyper markets stores, the canteen stores department, the retail arm of the Indian army is already a very organised player.

So all this has had a very positive impact on our business. Also what has happened is that the travel industry is growing very fast. In fact, we do not get too many figures but the aviation sector is very organized and that has been growing by more than 20 percent. So I am sure, our industry also should benefit.

Latha: You say that the travel industry anecdotally appears to be growing well. In that case, can you give us an idea of how growth looks 12 months down the line? You had guided for 10 percent, although your Q3 numbers income growth was only 5.5, would you want to improve on 10 percent?

A: I think we should do better. What has happened in this current year is that last year we had very large extraordinary order for the Hajj pilgrims, so that was about 5 percent of our sales and that order was only one time order. So to that extent, it has impacted our growth rate this year but I think we are very optimistic now and we are looking at 15 percent growth rate in the coming year.

Anuj: Can you tell us what kind of market share have you gained over the last six months or so?

Anuj: The rupee is very strong, at the moment the dollar has gotten cheaper just over the last two days by about 60-70 paise, now we are looking at a 65.50 as a cost of the dollar. You make purchases in yuan and yuan has depreciated though it is stable now, how does the rupee appreciation hurt you if at all?

Latha: The imported Samsonite or the American Tourister will be cheaper, isn’t it?

A: That is more a question of our competitor’s situation here in the market whether it is Samsonite or any other company which imports from China, we are all in the same boat because of our size, we get good prices.

So there is no disadvantage or advantage vis-à-vis the dollar between the various companies in India.

A: That has been the highlight of our company’s performance in the last 18 months. I would say, our Skybags brand has blossomed out. What happens with a heritage brand like VIP is that the new generation does not associates as much with it. They all say that it is a very light brand and it is very good but it doesn’t appeal. We had launched Skybags about 10 years ago and now it has blossomed. In fact, in the coming days, it will sell more than VIP.

I would like to take some time to explain our brand strategy and why our margins are also increasing now. We have five brands in the luggage space, Carlton at the very top segment, VIP, Skybags, Aristocrat and Alfa and now as the volumes of all the products are going up, we find that all our brands are doing quite well and even in the very marginal brands like Carlton and all, we are not losing any money in spite of advertising quite substantially.

So today, VIP and Skybags are our biggest brands and they are blossomed and they are giving us good returns. We have also taken on now, two cricketers, Ravichandra Ashwin and one more player, both are our brand ambassadors. We now wish to promote Aristocrat also at the economy level. So all this is going to give us very good return. That will increase in our margins.

A: I do not want to give too many details but I would say that VIP and Skybags are about 75 percent of our luggage sale. Carlton is still quite small and we hardly had 5 percent market share in that segment and now our market share is more than 20 percent, which is very good. Aristocrat and Alfa also are doing quite well. So it is a combination of everything.

Latha: Your margin trajectory? When you last reported it was 8.5, does it get much better?