Reports suggest that DIPP has proposed foreign direct investment (FDI) ceiling of 51 percent in multi-brand retail be made composite cap.

The Modi government may be considering allowing foreign portfolio investors to own majority stake in retail companies. Reports suggest that Department of Industrial Policy and Promotion (DIPP) has proposed foreign direct investment (FDI) ceiling of 51 percent in multi-brand retail be made composite cap.

An inter-ministerial note has been floated by DIPP with approval from commerce and industry minister. There has been proposal seeking to do away with the different kinds of overseas investment and bring about clarity in the norms. However, FII or FPI investment beyond 49 percent will be required to go through government route and performance-linked conditions will apply.

The move would attract significant investments to the country, but how much boost will this provide to retail companies?

Discussing the issue, Kishore Biyani, CEO, Future Group, said the company had written to the Finance Ministry last year seeking permission to raise its portfolio investment limit to 49 percent as RBI wanted clarification from government on enhancing the FII limit. 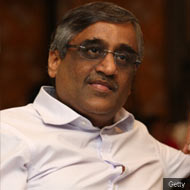 Biyani said the company has been trying for a government nod to up FII limit for 2-3 years and that not a lack of permission has been hurting its fundraising plans.

He said the clarification will give more options to foreign investors investing in India and will give a level-playing field to domestic retail companies.

Below is the transcript of Kishore Biyani’s interview with CNBC-TV18\\'s Sonia Shenoy and Menaka Doshi.

Sonia: This is of course at this point in time just a note that has been put out but what is your analysis of what the benefits could be for the sector if it actually comes through?

A: When the government announced the policy one and half years ago on multi brand retail going up to 51 percent we sought a clarification on what happened in case of a listed entity wherein there are other investors, i.e. portfolio investors, Foreign Institutional Investor (FIIs) and we had taken our board approval for going up to 49 percent and we were seeking clarification.

We have been waiting for the clarification to come in. I believe there is some thought now which has been discussed in the newspapers today that how should one view it since the policy allows FDI in retail up to 51 percent what happens in case of a listed entity.

Menaka: Could you clarify why do you need to go to the government to get an enhancement in your FII limit or now your Foreign Portfolio Investor (FPI) limit, cant you do that via going to shareholders only?

A: We did that with our shareholders and board approval but then Reserve Bank of India (RBI) is the regulatory body and RBI wanted a clarification from the government. So we went to the government based on RBI seeking a clarification. Otherwise it should have been on the automatic route.

Menaka: Because the perception is that this should be automatic route. There doesn’t seem to be any circular or anything in the FDI circular that says that portfolio investment in the Indian companies that operate in the multi brand retail business has to be less than 49 percent. That doesn’t seem to be explicitly stated anywhere unless I have missed it?

A: Yes, but we did apply to the RBI and they took a view that they would need a regulatory clearance from the ministries.

Menaka: So for FPI limit you are seeking government permission to allow it to go up to 49 percent?

A: That is FII limit. Today our FII limit is restricted to 24 percent and once it touches 24 percent investors are not allowed to buy and then you have to keep on taking approvals again from RBI because it is marked. They don’t allow more than 24 percent currently.

Menaka: So currently you have 21 percent and you have sought approval from your shareholders already to go up to 49 percent, you are awaiting RBI and government clearance for the same?

Menaka: In fact this draft note as the Mint has reported today does become a final policy decision then that would mean that automatically FII or now it is referred to as FPI would be able to go up to 49 percent in your company. You would not need any specific government or RBI permission for that?

A: Absolutely. Today since people are not so clear we were not allowed to go above 24 percent.

Sonia: There are still some hurdles to this note. I understand that the Department of Economic Affairs (DEA) has called this a retrograde policy measure. What exactly is the DEA’s opposition to this issue?

A: I have not seen any notes. I have just read the newspaper report but there has been an issue around. Wherever there has been some conditionalities around FDIs. So when they look at conditionalities they view whether this conditionality is applied to even a portfolio investment. But we believe in portfolio investment nobody can buy more than 10 percent; no individual investor can buy more than 10 percent and still the company is run and managed by Indian promoter. Indian promoters are 51 percent in any case, so it is still managed and owned by Indian company as per press note two, three, four also.