UPCOMING EVENT:Special webinar on Highlights of global investing in 2021 and what lies ahead' at 2 pm on 21st January, 2022. Register Now!
you are here: HomeNewsBusinessCompanies

Seeing a lot of interest from various investors for InvIT: IRB Infra

In an interview with CNBC-TV18, VD Mhaiskar, CMD of IRB Infrastructure Developers spoke at length about InvIT.

In an interview with CNBC-TV18, VD Mhaiskar, CMD of IRB Infrastructure Developers spoke at length about InvIT.

Latha: The projects that you have put into this InvIT are at the moment loss making. Is it that the investors are buying this in anticipation of profit? Can you give us some kind of guidance of how it will perform?

A: First, we are glad to offer Infrastructure Investment Trust to the nation. It has been well received. 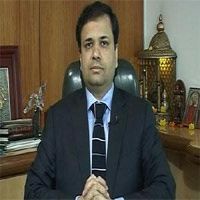 In terms of numbers I would say that post listing once we pay down the entire debt of these special-purpose vehicles (SPVs), the SPVs would be generating close to, post tax EBITDA of around, Rs 700 crore and on enterprise value of Rs 5,922 crore it would generate a yield of around 12 percent. So that is the underlying thing which the investors have well appreciated.

Anuj: What kind of overall interest do you expect this InvIT to generate because it is going to be the first of its kind?

A: I think with our experience and the demand that we have seen is very secular in nature. We have seen all geographies participate in this, almost all. We have seen good traction from the domestic vis-à-vis international investors also a very good mix in terms of pension funds, insurance funds and sovereign funds and at the same time we have also seen many of our existing shareholders in IRB participate in the issue which bestows their confidence in what we are doing. Therefore, the demand overall has been very good and very secular.

Sonia: You spoke about revenue CAGR of 11.4 percent that you have done in the past but can you give us the future outlook for these six projects because we understand that as of December 2016 the revenue from the operations of these projects is around Rs 750 crore or so. What would the growth be over the next two-three years?

A: In terms of how they have delivered in the past, as I said they have delivered revenue CAGR of around 11.4 percent while we marketed this product and took this product to the investors, they believed that there has to be good amount of value that has to be left on the table because they are not taking pure debt risk but this involves hybrid kind of instruments where there is an element of equity risk involved. So we moderated the future projections with a variable of around 5.5 percent volume growth and around 4.5 percent inflation which have linkage to the tariff. So 9.5 percent revenue CAGR, we have tried to value the enterprise value and that is the level at which investors have showed good amount of interest and they have come into this product.

A: That is correct. So, what happens now is once the capital is raised by the trust, the money will be primarily used to pay down the debt in these six SPVs amounting to around Rs 3,350 crore and post that, the trust would have no debt left, so the entire EBITDA post tax, would be available for distribution to the unit holders. Sebi requires the trust to keep distributing its cash flows at least twice in a year up to the extent of 90 percent of the cash generated.

Now, these being all toll projects, we would be looking forward to distribute these cash flows on a quarterly basis so that it can further enhance the yield for the investors. And as these projects are all operational, there is no future risk of any project delays or anything of those kinds.

Sonia: Any other assets apart from these six that you plan to include in the InvIT over the next couple of years?

A: Yes, IRB has given a right of first refusal to the trust. So, going forward as IRB assets become stabilised and eligible to be transferred to the trust, they will be offered to the trust. The trustees would then take the consent of its unit holders. It would need 60 percent affirmative vote for the asset to be bought and post that, the trust can buy these assets. IRB today, has almost 2x size of pipeline of what it has presently transferred and those projects will keep offering a good visibility and keep the trust going in a kind of perpetual manner.

So, immediate future, we have one project which has already stabilised now which is Amritsar-Pathankot. It is close to Rs 1,700 crore enterprise value (EV) kind of a project because what happened is when we started the process, this project had not completed its two years, but the evolution of this process has taken good enough time that this project now stands qualified. So in the near future, after listing, we will certainly offer this project to the trust.

Latha: So, it is more a right of first refusal, we cannot expect that all your lucrative projects will inevitably go to the trust?

A: No, IRB has to offer those to the trust. That is the understanding. Whether the trust buys it or not will depend on its unit holder's consent is what I meant. So, there is no question of IRB going about raising different trusts for different projects. All those projects which would stand eligible would be taken to the trust.

Sonia: You did say that some of these funds would be used to retire debt as well. Can you tell us how much would the finance cost for IRB Infra go down over the next 6-12 months? What is the cost of borrowing now and what would it be post?

A: In terms of IRB as a sponsor, towards selling these projects 100 percent to the trust, it would receive close to Rs 1,700 crore towards the sub debt that it had infused into the projects and towards the sale of equity. So, this would tantamount to around one time book, at which the projects would stand transferred. And with this Rs 1,700 crore of cash coming into IRB, the net debt to EBITDA of IRB would come down from close to 3:1 where it stands today to around 1.8:1.

So, there would be a substantial reduction in the debt as far as IRB is concerned and with the reduced gearing, we believe that the rating for a consol level in IRB should improve up and once that happens, the debt cost for the balance projects also can move down at least by 100 basis points.

Latha: Even on a like to like basis, would your finance costs have fallen because of the cut in MCLRs?

A: Yes, it has. So, average cost of funds for IRB today stands at around 10.75. So, from 11.50, it has moved close to 10.50-10.75 kinds of range. So, it has moved down, but what will now happen is, for the trust level, the trust is AAA rated. So, for future buys, the trust can raise debt and buy projects and keep returning capital to IRB and that can certainly take IRB debt levels further down as IRB keeps transferring eligible projects and the trust will keep having accretive internal rate of return (IRR) because of taking some amount of debt to buy projects at 12 odd percent discounting while raising funds in the trust at the rate of around 8-8.5 percent.

A: The largest investor presently has been the Government of Singapore. They are the ones who have put in the largest bid. Then there is Platinum Asset Management from Australia, then there Schroders, then we have Birla Mutual Funds, HDFC Life, Birla Life, Deutsche Global Infrastructure Fund which has come in, then there is Morgan Stanley, there is D. E. Shaw. I think it has covered a very good length and breadth of geography from where the investors have come in. And it is a good amount of long-only funds that have actually come in.
Tags: #Business #INVIT #IRB Infrastructure Developers
first published: May 3, 2017 10:40 am