Rural slowdown risky for sales of branded FMCG cos: SocGen

As far as ITC is concerned, Nitin Mathur, emerging markets consumer research, Societe Generale says expansion in gross margins has been in-line with expectations. He is building an 8 percent cigarette volume decline for the company in the fourth quarter.

But rural slowdown can be a potential risk for branded consumer goods’ sales, he told CNBC-TV18.

As far as ITC is concerned, he says expansion in gross margins has been in-line with expectations. He is building in 8 percent cigarette volume decline for the company in the fourth quarter. According to him, the management outlook on regulatory news around cigarettes will be key for the company.

Mathur, however, likes HUL over ITC among largecap consumer companies. 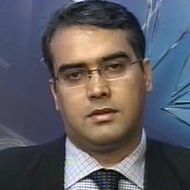 Below is the edited transcript of Nitin Mathur’s interview with Ekta Batra & Anuj Singhal on CNBC-TV18.

Ekta: What is your expectation on ITC?

Anuj: What is the major trend in terms of rural and urban demand growth? What kind of trends are we seeing?

A: Consistently, the theme is that the rural is growing faster than urban India consumption. We at Societe Generale believe that essentially rural is under penetration theme where companies can still navigate in a tough environment by increasing distribution, playing around the price points, playing around promotions and everything. The gross margins expansion that the companies have seen is going in the right direction in terms of increased adverting and sales promotion.

Now we have seen gross margin expand for Hindustan Unilever, Colgate-Palmolive, every one of these companies. We expect that rural is slowing down, which is a little bit of concern but is it like a structural risk? The answer might be no.


The second important point that we make is that the glory years of consumer pack in 2005-2007 was the time when urban consumption was doing very well. While rural slow down is a risk for branded consumer companies, revival of urban consumption environment still provides a huge opportunity and it matters on how the companies are going to play it out.

Ekta; If you had to play that theme in terms of may be urban seeing a little bit of revival eventually and rural, may be there could be down trending and rural consumer, will downtrend in terms of the shampoo he is buying be less expensive as compared to the more expensive shampoo? How would you plate these two trends going into FY16 efficiently?

A: It is very important to realise that we are not expecting any V-shaped recovery to happen in the near term or in the middle-term as well. Companies will have to work extremely hard for the piece of premiumisation to inch up. Now when you talked about the soaps and shampoos, specific example is Hindustan Unilever (HUL) which had to take price cuts in soaps and detergents, which in turn actually also improved the pace of premiumisation.

The same trend was witnessed for Godrej Consumer in their soap portfolio. So from a profit and loss (P&L) perspective we like HUL because that is where we think they can continue to play the moving parts brilliantly and deliver on profitable growth.

Anuj: What about something like a Jubilant Foodworks? It is a mysterious case where we have had three or four quarters of not too much same store sales growth and the stock didn’t really correct much. One quarter of 6 percent growth and we have the stock back to lifetime highs. What is going on here?

Second important point is the way these guys have expanded in a bad economic environment; that is again a thing which is going to reap dividends once the urban consumption sentiment recovers sharper than expected maybe.

Ekta: Nestle, you covered that stock, you have a sell rating. It has been in news because of it coming under the food safety scanner because of Maggi Noodles. How important is that for a stock performance, do you think it will impact volumes significantly for them?

A: You look at any of these branded consumer companies you will realize the amount of money they invest in advertising and sales promotion continuously. Brand equity is extremely important; the trustworthiness of brands is extremely important. Any such news flow it is negative for the company but how do they address that-if there is a product recall, they are able to resolve it quickly is something we are hoping will happen very quickly.

Anuj: Two stocks where you have price targets way below the current market price, United Spirits and United Breweries and you have a sell rating as well.

A: The way we look at Indian consumption market is that the opportunity is there for the longer-term for all the players who are present there. Now which company is utilizing that perfectly and who are the winners and losers is to be seen. To our clients we always advise that we don’t like companies that don’t enjoy economies of scale which is alcoholic beverages sector or who have a very high risk from vertical integration by suppliers which is again companies like United Spirits and United Breweries.

The risk that we see really is that the street expectations are never going to be met; we don’t see margins expansion happening at a pace in which street is expecting. It is probably again going to be slow and gradual thing. The fact of the matter is while we are expecting margins uptick to happen, we are also cognizant of the fact that they are losing market share to Pernod Ricard and other players in the country. So, those are the issues that company needs to address and probably give us some more confidence before we actually turn neutral or maybe bias on the stock.

A: We like both of these companies. On top pick, we have Hindustan Unilever right now versus ITC, so probably we are more hopeful that that will achieve target price sooner than expected.

Anuj: Couple of more stocks we wanted to discuss. One is Titan. We saw what happened to the stock after the numbers and the other is Colgate, which normally is very volatile but this time was quite subdued on the earnings day. What is your position on these two stocks?

A: We are buyers of Titan and we are sellers of Colgate-Palmolive India. One of the thought process that we have is that we don’t like companies which excessively focus on gross margins or where the gap from regional competition is expanding beyond sustainable levels.

We did some exercise on Colgate-Palmolive India on a purchasing power parity basis and we realised that some of the premium products are priced higher than the prices in the US as well. Now that is not a surprise because the 5 percent volume growth that they are delivering doesn’t excite us that much. For a company like Colgate where there still is a huge penetration; under penetration story is to be played out. We would like to see the number inching up before we get more confident on the stock.

For Titan company, we were pleasantly surprised that they are reducing the making charges and they are addressing the concerns where they were losing two regional players or other branded players in terms of jewellery making. So, we are positively biased on Titan from longer-term perspective.

Ekta: Coming back to ITC, what would be a positive surprise tomorrow and what would be even more of a negative as compared to the estimated 8-10 percent decline that you are working with?

A: Any incremental sort of news flow from may be minus 7 percent volume number if they deliver will positively excite the street. So it will be looked at just minus 7 percent versus 8-10 percent which we are building in and the street probably at more negative, volume growth so that is one thing which we are looking at. Again one thing for ITC, you have to notice that the stock had probably traded at 15-20 percent discount to FMCG sector in the past while the discount has now expanded to 28 percent right now to the FMCG pack. So there is a huge valuation comfort which is present in the stock as well and hence we are maintaining our buy rating on the stock.

Anuj: Do you track Marico?

A: We have neutral rating on it currently.

Ekta: What would make you turn the corner on Dabur, Godrej Consumer and Marico?

Anuj: Since you spoke about not being too bullish on alcoholic business and at the same time you have a buy on Radico Khaitaan?

A: That is a relative valuation pick. The stock is at a significant discount to the sector. Probably the negatives of the alcoholic beverage sector are factored into the stock price currently. It is a good company and a market leader in respective categories. So we like it on relative valuation.

Ekta: In terms of all the numbers that have come now, ITC is the only big one which is left. Can you tell us which one possibly disappointed you the most and maybe surprised you the most on the positive side and which one would you be most confident on in FY16?

A: Emami was a positive surprise. We were building in 21 percent around revenue growth. They delivered 24 percent which was a positive surprise. As I said, we would be happy looking at companies. These are underpenetrated branded consumer goods that we are talking about, so some of the revenue growth numbers that excite us at 20-24 percent where we think the potential is there for companies to expand and aspiration of the consumer is present. So that’s one of these things.

There has not been any negative surprise so far. We were building in good gross margins expansions. So companies have reported more or less in our expectation range.

Ekta: You are watching the monsoon carefully?

Disclosures: No holding from my end.