Rolta should allow independent agency to look into nos:IIAS

Rolta has denied the report from Glaucus Research which indicated fabrication of the reported capital expenditures in order to mask their materially overstated EBITDA. But Amit Tandon, MD of Institutional Investor Advisory Services is not convinced and says just a denial of charges by the company is not good enough.

Rolta has denied the report from Glaucus Research which indicated fabrication of the reported capital expenditures in order to mask their materially overstated EBITDA. But Amit Tandon, MD of Institutional Investor Advisory Services is not convinced and says just a denial of charges by the company is not good enough.

According to him, Rolta should allow an independent agency to look into its numbers.

Below is the verbatim transcript of Amit Tandon's interview with Anuj Singhal and Sonia Shenoy on CNBC-TV18.

Anuj: How do you read this entire Rolta episode where Glaucus has accused the company of fabricating its capital expenditure (Capex)? 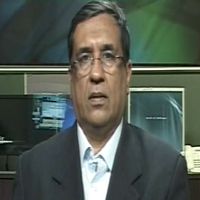 A: Let me comment on the fact on what the report is said. Actually they got some fairly serious charges about or against the company beginning from the fact that when they have looked at the numbers they find that the kind of infrastructure spend that company has is many fold that of a global firm like Google. They find that the company, what they are spending on IT and hardware is many times that of some of the larger firms and even some of the frontline Indian stocks. They then go on to actually say that one of the key witnesses in a case which was being investigated by the Ministry of Defence and where Rolta’s was involved seems to have had an unnatural death in one of the hotels. So, these are fairly serious charges which the company has against Rolta and I would say that they certainly bear looking at a lot more closely and they need to be investigated further.

Sonia: So how should a normal investor approach this entire issue? I mean if you want to invest in Rolta what do you do now? Because no one has heard about Glaucus earlier but these accusations seem to be quite serious.

A: The best thing forward is the company of course had yesterday put out a statement at the stock exchange saying they deny all the charges. I do not think that is good enough for now, given the fact there have been fairly detailed charges, detailed numbers which the research output has put out. What the company needs to do is if they do not agree with them or they feel that they are being wronged, then what they need to do is look at each of these specific charges and then counter it. And this relatively easy given the fact that there are a lot of numbers out there, so they need to say, look, this is right or wrong or we have taken write-offs or we have not taken write-offs. If there is some spend on let us say the infrastructure, its number which is out in the balance sheet because that is where the numbers have come from. As far as the shareholders are concerned, unfortunately there is little they can do.

But having said so, I do believe this given the shareholding pattern, you have about 15 percent with institutional investors, not large, but not insubstantial in any case. Lot of it is foreign institutional investors (FII). They need to engage with the company. I think it will be good if the company were to, if they believe that the charges are not correct, say that they will have some independent agency coming in, looking at the numbers and what they need to do is bring out disclosures that each states that these are the numbers, this is what has happened, this is right, this is wrong and then we will know that whether these charges against the company are right or wrong.

Retail shareholders need to be a part of this and if the disclosures are made on an ongoing basis, they will understand what is right and what is wrong.

Anuj: We saw a similar by Veritas a good three or four years back on Indiabulls and couple of Anil Dhirubhai Ambani Group (ADAG) companies as well but it died down after sometime. Do you think we should take some of these lesser heard foreign brokerages on face value?

A: Look, my sense is that there are different points of view. Not everyone is saying buy, not everyone is saying sell and some of the work which these firms are doing seems to be fairly detailed. If you look at the balance sheet, some of the charges which they have made are not very obvious. But then if you kind of read through the full report and look at the data which they seem to have gathered over the last, they are showing data which is about eight or ten years old. I mean going back as much as eight or nine or ten years, it kind of builds a story. So, I do not think it should be disregarded. Having said so, what all these merit is the fact that there needs to be a closer scrutiny of the company.

Companies need to make greater disclosures and of course, investors need to take into account what is being said. After that they could say that we have heard what the brokerage is saying, we have got our own view and we will continue to hold or we have heard what the broking house is saying and we are going to sell one way or the other. But just to disregard it saying that it is a lesser known foreign brokerage house does not actually mean that it needs to be ignored.

Sonia: But why do none of the Indian brokerage firms pick up all these points who are sitting just next door to the company?

A: You are absolutely right. We need far more research along the lines of what some of these firms have been doing. In this case of course, you need to take into account specifically the researches aim at the foreign bond holders and the company had issued bonds of about USD 500 million which had been trading and this was a play on the international or the foreign debt which the company had so none of the Indian entities would be able to participate on that but none the less, what they said has ramification for the equity market and it would be good if equity houses would do some research. There are few instances, for instance Ambit does similar research and it would be good if, I believe Edelweiss is also doing some of this. So, it will be good if this research is a little bit more widespread so that there is a better understanding and a greater awareness about some of what is happening in these companies.

Anuj: The Rolta management has also accused Glaucus of having personal financial interest in shorting the bond and then publishing the report later. How much will you agree with that?

Sonia: Has your own organisation been approached by any Rolta investor or shareholder?

A: I did have a look yesterday. We have not had any recommendations out on Rolta for the last, nothing is there on the website. So no, as of now, none of the investors have spoken to us but what we urge them to do is they should actually now engage with the management, work with the management, maybe see that there are one or two independent directors who are appointed, get onto the audit committee and lead the charge in terms of investigating this matter and ensure that there is timely disclosure which is made out to all the market participation so that everyone has enough information in a timely manner to decide what is right or wrong. Now, if there is some truth in these charges, then of course it needs to be taken to another level. Then the relevant regulatory authorities need to step in, but if there is no merit in these charges then I guess they can go back to business as usual and then you can decide what you would do against some of the research outputs which have actually shorted the stock and benefitted from this.

Why market is rallying while economy tanks