Retail credit to grow 40% on back of rate cut: Vijaya Bank

In an interview to CNBC-TV18 managing director and chief executive officer Kishore Sansi says the bank has reduced its base rates by 40 basis points (bps) in the last three months itself.

Base rate is the minimum rate at which banks can lend to customers. 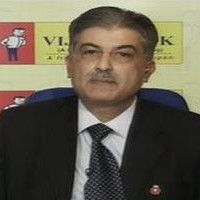 Below is the verbatim transcript of Kishore Sansi’s interview with CNBC-TV18's Mangalam Maloo and Reema Tendulkar.

Mangalam: First up at 9.85 percent your base rate is still higher than most of the other banks. So, with this cut that you have taken how much of an incremental credit off take or benefit that you see to your books arising on the back of this base cut?

A: This 9.85 percent is one amongst the lowest as far as the public sector banks is concerned and this is in addition to the last cut which we had on June 1 when we had reduced it by 25 bps. So continuously going we have reduced the base rate by 40 bps in the last three months or so.

Looking into the market the credit off take is muted and it has become more interest sensitive that saw the Asset-Liability Committee (ALCO) committee on this meeting held day before yesterday decided to further reduce the interest rate. With this cut we are expecting that we will get a major share of the retail specially the house and the car segment we have also announced the festival bonanza in which there is a cut on the processing and the commitment charges. So, we are expecting our retail credit to grow by about 40 percent with this rate cut in times to come.

Reema: Retail credit to go up by 40 percent because of this rate cut as well as the onset of the festive season but could you tell us what impact it could have on your net interest margin (NIM)?

A: It would have a very marginal impact. In fact the ALCO committee deliberated for quite some time and we had done all the calculations and the benefit which is likely to come in terms of the improved credit is much more than the adverse impact it would have on our NIM.

Mangalam: Talking about your numbers last quarter you all did see a worsening in your asset quality. So, how is quarter two of this fiscal been for you?

A: Before that the cost of deposit has been continuously coming down. So, it stands at 7.40 as of now and the NIM which was 1.88 percent as on December 31, 2014, so it improved to 2.13 percent as on June 30 and we can expect further improvement in the September quarter.

Then the asset quality yes, we are still struggling with some consortium infrastructure account and then the Rajasthan Discom also we are discussing with the state government authorities and the state Discoms but for these few consortium accounts and the Discom accounts our asset quality should not pose any further challenge.

A: The ALCO committee will have to take cognisance at that point of time looking into the market scenario and the competitiveness in the banking industry.

Reema: I just wanted to understand very recently the Reserve Bank of India (RBI) had come out with draft guidelines where they indicated that maybe from April 1, 2016 they would consider the base rates should now be based on the marginal cost of funding. If that were the case then what would be the base rate for a bank like Vijaya Bank?

A: We will have to work on it but definitely it is going to hit our NIM considerably and we will have to actually work on what kind of incremental marginal cost of fund is at that point of time when it gets implemented.

Reema: Generally could you give us a sense of - I know you spoke about a few clusters of weakness but how have the slippages recoveries been in this quarter?

A: Recovery has been our main focus during this quarter and we are seeing a lot of good recoveries specially in the agriculture and the Small and medium-sized enterprises (SMEs) and on a whole this quarter should be extremely good for the recovery and the similar trend is likely to continue in Q3.