Is there movement in stalled projects on the ground?

Other than government projects, most stalled projects in the private sector were in power, roads and steel, says IDBI Bank executive director RK Bansal. While the situation has improved as far as power and road sectors are concerned, steel continues to remain a concern.

The number of stalled infrastructure projects has fallen, but the pace of new capex too declined in March and June quarters, according to the Centre For Monitoring Indian Economy (CMIE). Government policy measures have more or less ensured that the number of stalled projects continue to fall.

IDBI Bank executive director RK Bansal says it is good that the number of stalled projects has declined, but a more important parameter would be to gauge whether stalled projects on the ground are moving. According to him, there are three reasons that led to stalled projects:

1) Promoters did not have enough equity.

2) Lack of necessary approvals from the government and 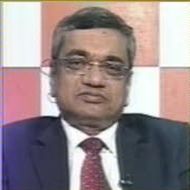 3) With time, some projects have turned unviable.

Bansal says while there is a chance to work around the first two issues, unviable projects may not come up at all.

Mahesh Vyas of Centre For Monitoring Indian Economy too told CNBC-TV18 last week that many projects are being abandoned as companies no longer find them viable. Banks may ultimately have to take some hit on such projects.

Other than government projects, most stalled projects in the private sector were in power, roads and steel, Bansal says. While the situation has improved as far as power and road sectors are concerned, steel continues to remain a concern.

The landed price of steel continues to be north of USD 300 and import concerns, foreign trade agreements (FTA) and lower cost of production abroad continues to plague the steel sector. Dumping too remains an issue and while the government has raised the anti-dumping duty, investors have been asking for a further hike, says Bansal.

These pitfalls have resulted in mounting debts as far as steel companies are concerned, with companies such as Essar Steel becoming NPLs for many a banks. But IDBI Bank says Essar is not an NPL for them.

With mounting stress in the sector, are banks looking at the SDR option and hence looking at taking over stressed companies?

Recently, the Reserve Bank of India empowered banks to take control of a company - majority owners - if it fails to repay loans under the corporate debt restructuring (CDR) plan. Further, under strategic debt restructuring (SDR) scheme, these banks can find experts and trained professionals to run the company and later divest stake to recover its dues.

IDBI's Bansal says there are a few things that banks need to keep in mind while looking at the option. One, it has to take 51 percent ownership in the company and thereafter find a buyer that has the potential to turnaround the stressed asset/ company. But the problem arises with unviable projects, he says. No one will be willing to come forward to takeover such projects.

However, Bansal adds, as of now, steel companies worldwide are going through a bad phase because of demand from China being low, and capacity in China being huge. Demand for steel is also directly related to economic uplift, Bansal adds.

Bansal says as far as June is concerned, the trend indicates that NPLs are on a decline. He says demand is definitely picking up, clients have started talking - though actual on the ground demand is yet to take off, and some sectors are seeing traction. But the deciding factor, he warns, will be September. "If the NPL situation doesn't worsen in September, then it shouldn't worsen from here on," he told CNBC-TV18.