Infosys board a let-down; not a Sikka vs founders duel: V Bala

The faceoff between the Infosys board and founders is more on governance than any strategic matters says, former CFO V Balakrishnan. "The board is a big let-down in engaging with shareholders," he says in an interview to CNBC-TV18. He also clarifies it is not an issue between (Vishal) Sikka and the founders.

The faceoff between the Infosys board and founders is more on governance than any strategic matters says, Former CFO and founder V Balakrishnan. "The board is a big let-down in engaging with shareholders," he says in an interview to CNBC-TV18. He also clarifies it is not an issue between (Vishal) Sikka and the founders.

Balakrishnan believes hiring a law firm to mediate between the board and founder is also not the right way to handle such matters as it signals a breakdown of communication and highlights trust deficit. The company is said to have hired Cyril Amarchand Mangaldas to review and address questions over governance.

Reiterating the issues are specific to compensation and remuneration of certain employees, he said there have been many missing disclosures, which is against the governance principles Infosys has so far been hailed for. No issues have been raised over the use of cash on books, he clarified.

Earlier today, sources told CNBC-TV18 that the management is keen to resolve differences with the founders and will take into account all suggestions. This, while maintaining there has been no violation of corporate governance. 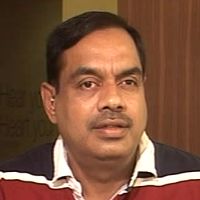 Sources said the board members have been apprised of all issues and no concerns have been raised by them yet, and have, in fact, readily agreed to implement certain employee engagement and retention initiatives suggested by the founders.

Balakrishnan believes reorganisation or re-composition of the board would be a good way to put the matter to rest. The Chairman of the board should step down, engage with founders and find out a suitable way to reorganise the board, he said.

On whether he would consider coming back on the board, if such a suggestion comes forth, he said he does not intend to.

Below is the verbatim transcript of V Balakrishnan's interview to Shereen Bhan and Latha Venkatesh on CNBC-TV18.

Shereen: On the back of what you have seen so far by way of what the founders have communicated to the board, the statement that has now officially come in from the Infosys board, would it be fair to say that this is not so much about strategic differences, but this is largely board governance related issues that the founders are raising?

A: I don't think it is an issue between Sikka and the founders. Founders have brought in Sikka, they are aligned with what he is doing, they encourage him and they support him fully. I think there is an issue between the board and the founders. The founders being one of the larger shareholders raised certain governance issues. I don't think the board has addressed it effectively. As a shareholder of the company, I believe that the board is a big let down. In a large shareholder group, that too iconic founders who had been well respected in this country, who have built the company from scratch to what it is today, and they raised some governance issues, you can't brush it away.

Having a law firm to mediate in between is a wrong idea. The board has to effectively engage with the founders, address their concern and if required, change. Look at what happened in Cognizant when a large shareholder raised an issue, the board engaged with the investor directly and made the change. I think that is what the Infosys board should be doing.

Shereen: You are saying that the board has let down or has been a let-down. Why would you say that, are you basing this on the fact that the severance packages given out to David Kennedy, and Rajiv Bansal have been perhaps a tad too generous even though an investigation at least as far as Bansal was done cleared any impropriety. Why would you say that the board has been a let-down when it comes to governance?

A: You have been following Infosys for a very long time. Infosys is a golden standard for governance and disclosures in this country. It is a hope and dream for every Indian in this country, it creates a governance structure, which became law in this country for other companies to follow. So, when you have such a legacy, the way that board handles certain issues, I don't want to get into all the issues, but take the issue of severance package paid to the ex-CFO, how it happened.

They made a payment, they just innocuously mentioned that in the financial statement without any explanation and when the issue came up, they gave a statement it is enhanced non-compete. When none of every CFO or any senior person in the company got any enhanced non-compete, it is odd for a CFO -- when ex-CFO leaves -- to pay such a large payment.

Then they came with some statements saying that everything is hunky-dory, then they stopped the payment without any explanation. Even today, nobody knows why it has been stopped; they made some vague statements. I think this is not the way Infosys operated all along. Infosys always have been open, they always upheld the value system and then concerns or issues raised like this, they should effectively address that. I don't think the board has addressed those issues.

Shereen: The second point that you made, you are saying that it is wrong for the board to bring on board a law firm to mediate between the founders as well as the board. Cyril Amarchand Mangaldas I understand has been appointed as of last week to try and evaluate the suggestions that have come in promoters and stakeholders, why do you believe that it is wrong for the board to have brought in Cyril Amarchand Mangaldas as you call it as a mediator?

Latha: Is the remuneration and the manner of claw back the only point of contention that the founders have with the board?

A: There are several issues they have raised. It is all in the public domain. Some related to the large severance packages paid to ex-employees, some related to substantial hike in salary without any explanation. Even today none of the shareholders know how the variable payout is going to be made, what is the target year-on-year to achieve the 20 billion. So, there are a lot of disclosures lacking, there is loss of trust deficit.

Latha: You would not want to look at Cyril Amarchand Mangaldas as merely a third party, an independent observer putting things on the table, would it definitely indicate breakdown of conversation between the two parts?

Q: Is remuneration and severance packages the only bone of contention, is there any issue or any difference of opinion between the board and the founders on the utilisation of Infosys's cash, a difference of opinion in terms of whether it should be a buyback or whether it should be used for aggressive acquisitions, the quality of acquisitions, any dissonance on those issues?

A: I don't think founder raised any issue about use of cash. Some of us raised that issue, in fact me and Mohan wrote that letter some three years back and that too the board just brushed it away saying that some shareholders wrote a letter. This is not the way you engage with the shareholders. When somebody writes a letter, you evaluate that, discuss with them, call them, engage with them and then come to some conclusion. That is what I am saying, the board is a big let down in terms of engaging with the shareholders.

Shereen: But, we just heard from the board yesterday in a statement that has been issued, in fact, Mr Lehman who heads the remuneration committee has very categorically stated that the board continues to have leadership of Mr Seshasayee and his ability to steer the company through challenging times.

A: They are living in the old world. I think they have to come out of the idealistic world, see the reality and address the issues quickly.

Shereen: So you are clear that board changes perhaps, even a change as far as the board leadership is concerned will resolve this matter?

Shereen: I am going to ask you perhaps an awkward question, but I am given to understand that the founders have suggested the board consider bringing you as well as Mohan back in some form of ash and perhaps even re-join the board of Infosys. Was that something that was discussed with you?

Shereen: Would that be something that you may consider if it were to come down to it?

A: I am doing a lot of other things outside. Today, we are running a venture capital fund. That is more exciting and I do not think I will consider that.

Latha: What is the way in which this might pan out? Will it become actually vote in the board with a show of strength and an effort to actually change the Chairman or challenge him in a board meeting itself through votes?

Shereen: For investors who are watching this, these are challenging times, not just for Infosys in specific, but for the Indian IT industry in general. The last thing you need is to be distracted by a board room battle and that is what it seems like. How will investors read this?

A: That is where I am also investor and that is why I am saying the board is a big let-down. They should not have allowed the issues to come to this stage because the industry and the company is going through a tough phase. They are going through a big transformation and these are the last of the issues they should be worried about. Board should have maturity to address these issues upfront, head-on and solve the issue quickly, not allow the issue to linger on and become a larger issue. It is not in the interest of any stakeholder. Actually I agree with you.