172@29@17@103!~!172@29@0@53!~!|news|business|companies|exclusive-adigro-aviation-to-bid-for-jet-airways-wants-to-partner-etihad-to-revive-airline-3950671.html!~!news|moneycontrol|com!~!|controller|infinite_scroll_article.php!~!is_mobile=false
Watch experts decode 'The rise of ESG investing' on October 29 at 4pm. Register Now!
you are here: HomeNewsBusinessCompanies

AdiGro Aviation, part of the London-based AdiGroup, is set to bid for distressed airline Jet Airways on May 10, the last day for bidding. Group founder Sanjay Viswanathan said he has the backing of key investors.

"We are certainly putting in a bid," Viswanathan told Moneycontrol over the telephone from London.

Viswanathan is also Managing Partner of Adi Partners, which is part of AdiGroup, a global management and investment advisory firm. This will be the first investment in aviation for the group, which also has interests in technology and fintech.

The bid will come as a respite to Jet Airways stakeholders, amid increasing doubts if the airline will attract any investors after its key assets were given away to peers.

However, Viswanathan clarified that the firm hasn't aligned with Jet Airways founder Naresh Goyal, or with the group of investors, including British entrepreneur Jason Unsworth, who are also interested in the airline.

Earlier, Unsworth had claimed that Adi Partners was part of a consortium that included him and investment firms such as Future Trends Capital and Redcliffe Capital. Reports had also linked Adi Partners with Goyal. 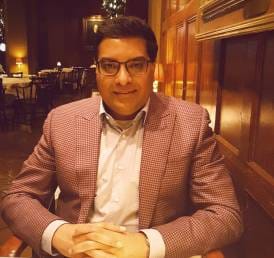 Reaching out
Viswanathan, who held senior positions at Infosys, Sonata Software and GE/Genpact before founding AdiGroup, said the company has reached out to Etihad Airways for a possible partnership to turnaround Jet Airways. Etihad owns 24 percent stake in the cash strapped airline."We are very keen to work with Etihad. It's a key partner for the airline. If Etihad wants to continue with Jet Airways, we would love to partner with them to re-engineer Jet Airways," said Viswanathan, who has met with senior officials at the Abu Dhabi-based airline.

He also had high praise for Cramer Ball, the former CEO of Jet Airways, who has been spearheading Etihad's bid for the Indian airline. "Cramer has been a high-impact leader and we have only heard terrific things about him. We would love to have him on the board of Jet Airways," Viswanathan stated.

Jet Airways as an asset
The AdiGroup founder is not perturbed much over Jet Airways' assets, including slots and aircraft, being given away to its rivals in the country.
"We see it differently. There is a natural reset that is happening in the business that makes Jet Airways more attractive to us. Jet Airways had grown opportunistically and needed rationalisation of its routes and optimisation of its fleet," Viswanathan said.

He added that some slots and fleet of Jet Airways won't be needed. "We won't get into some of the bad habits of the past," said the entrepreneur, who was quick to add that the airline's management and employees have been 'phenomenal.' "We have also met senior government officials and are delighted with the support from them and the lender group to transform Jet Airways," he said.

Viswanathan added that he wants to run "Jet Airways as a combination of hospitality and balance sheet business," and not like a lifestyle business because of which many airlines have failed.

Jet Airways' liabilities
There have been concerns that a bidder will have to come with deep pockets as Jet Airways owes banks over Rs 8,000 crore. Reports suggest its total liabilities could mount to over Rs 20,000 crore.

But Viswanathan said that the amount is lower than that. "We know that is not the kind of money that is needed."

When asked about the criticism of lenders, who didn't put in more funds leading to suspension of Jet Airways operations, Viswanathan said: "Lenders are getting a lot of unfair flak. And it’s not their fault. They have been forgiving and given Jet Airways a lot of space. We would love to work with them in turning the airline around."

The Tata vision
The investment in Jet Airways is part of AdiGroup's strategy in the transportation sector.
Reiterating that AdiGroup will come with veteran aviation professionals and investors, Viswanathan said, "We are not a typical private equity firm, but professionals who have long-term vision to deliver impact in India, just like the Tatas do. We have model LPs (investors) who are aligned with us in taking a 100-year view in geographies and sectors we operate in. My vision is for Adi Group to be viewed as the 'Tatas of 21st century,'" he stated.