In recent times, the domestic legal circles have witnessed a churn when it comes to executives working in law firms and corporates. Sapan Gupta was elevated to the post of Global General Counsel at Lakshmi Mittal & L& L Partner Damini Bhalla is headed to IPO bound food delivery unicorn Zomato as General Counsel.

In yet another instance of a key legal reshuffle in India Inc, Devaiah PM, who was the Vice Chairman and Group General Counsel at Everstone Group, has stepped down and is likely to soon join Gautam Adani led Adani Group as the Group General Counsel of the diversified conglomerate, people with knowledge of the matter told Moneycontrol.

“Devaiah is a veteran with more than 25 years of experience and will lead the legal function at the fast-growing Adani Group which has multiple verticals today,” said one of the individuals cited above. 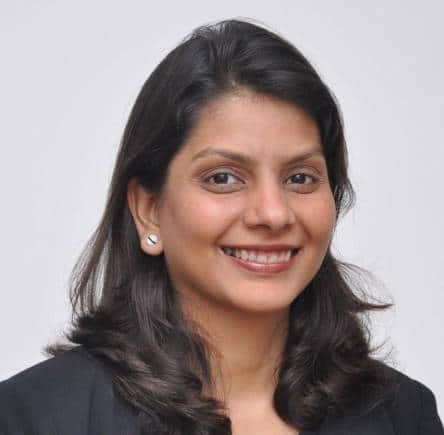 “She is scheduled to join the private equity firm as Group General Counsel on 1st May, 2021. She will also head the corporate affairs vertical,” added a third individual.

All the three individuals above spoke to Moneycontrol on the condition of anonymity.

Nishith Desai, Founder, Nishith Desai Associates said, “Pratibha joined us from Goldman Sachs about 10 years ago and helped establish our Delhi office. We have had a great decade together and have become family. Now she is joining our valuable client, Everstone. So, all in the family. We wish her a great time ahead. In conformity with NDA’s distributed leadership business model and ethos, Pratibha has trained and would be leaving behind a number of capable leaders, to fill her shoes.”

When contacted, Pratibha Jain said, “Having worked at NDA for almost a decade and having set up the Delhi office successfully, I felt the need for a new challenge. With the Everstone group being a multi-billion dollar platform spanning across private equity, real estate, infra, credit, venture and global opportunities, and in process of raising its latest private equity fund, it is a perfect platform to apply my 20+ years of experience in financial markets. I am very thankful to my colleagues at NDA including Nishith bhai for their unwavering support to me during the last few years. It’s a firm focused on research and academics and really allows you the space to grow as a professional.”

According to his Linkedin profile, Devaiah PM has more than 27 years of experience as an in-house legal counsel and has spent the last 13 years at the Everstone Group. Prior to this, he has had stints at ICICI Venture, the Carlyle Group, BPL Cellular, Unilever & Tata Projects. He is an alumnus of the University of Mysore and has attended an executive program at Harvard Business School, Boston on late stage buyouts. His experience includes compliance, multi-lateral legal assignments, cross-border transactions, complex shareholder litigation & arbitration, as well as legal and compliance matters related to the private equity, power, telecom, and manufacturing sectors.

Pratibha Jain leads the funds and regulatory practice at NDA. She has obtained law degrees from Oxford and Harvard and prior to NDA, she has spent a decade working with international law firms such as Sullivan & Cromwell and Skadden Arps in their offices in New York, Tokyo and Hong Kong and with an investment Bank, Goldman Sachs, in its offices in Hong Kong and Mumbai.
Ashwin Mohan
Tags: #Adani Group #Devaiah PM #Everstone Group #Pratibha Jain
first published: Apr 4, 2021 09:06 pm