172@29@17@244!~!172@29@0@53!~!|news|business|companies|cares-rating-upgrade-to-reduce-6-interest-cost-gravita-1361637.html!~!news|moneycontrol|com!~!|controller|infinite_scroll_article.php!~!is_mobile=false
Subscribe to PRO at just Rs.33 per month. Use code SUPERPRO
you are here: HomeNewsBusinessCompanies

Gravita India on Thursday received a rating upgrade from CARE Ratings based on improved scale of operations and continuous business performance.

Owing to these reasons, he expects margins to expand from Q4FY15. However, its revenue growth is anticipated to be 10-15 percent in FY15 as against targeted 25-30 percent, he added. 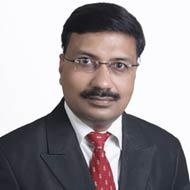 Ekta: Can you just tell us what your debt figures were and whether you have managed to reduce your debt figures and how much do you think your cost of funds will possibly come down because of this Care Rating upgrade that is come through?

A: Our total debt figure is around Rs 90 crore and we expect with this rating there is a one notch improvement in short-term and long-term ratings. We expect a six percent cost reduction in our financial cost.

Sonia: What is the absolute interest cost that you pay every quarter and how much do you expect it to go down by?

Ekta: It will reduce by how much?

A: The total out go towards interest will reduce by six percent of the total interest out go.

Ekta: Do you have plans of reducing your total net debt?

Sonia: What about your exports you were looking at improving your exports from this 55 percent of overall revenues? How much do you think you can scale it up to by the end of say FY16?

A: The exports generally are good in first two quarters rather two and a half quarters. From the fourth quarter onwards there will be more on the domestic market because the local markets will be having heavy demand from the battery sectors which is required for your uninterruptible power supply (UPS) and inverter segment in summers to come. So, there will be a more activity in domestic market in Q4 because there will be a price arbitrage as well.

Ekta: The last time you spoke to us in November you had indicated that may be operating margins would be better on the second half as opposed to the first half, is that playing out for you all and what would be the improvement in basis points if you could relay that for us?

A: That will be mainly favourable in our quarter IV and just as I mentioned it should be somewhere around 5 to 6 percent.

Sonia: What about the expansion plans, what could they look like for the next year or so how much capex are you investing at this point and would you need to raise any fresh money at all?

A: We are not going to raise fresh money actually more mainly from internal accruals and as planned in next two and a half years horizon we had around 65 crore of expansion. Now the quarter IV we will be having our aluminium recycling in place at our Jaipur facility so that as we mentioned earlier around 500 tonne per month of aluminium, alloy manufacturing at our Jaipur unit. So the production will start in Q1 of next FY and the plant and machinery are under process at our Jaipur facility that will complete within Q4.

Ekta: Are you inline to achieve the 25 to 30 percent odd growth that you all had outlined for FY15?

A: Inline but there was some gap because of subdued conditions in the market or some of the commodity prices falling last two and a half month. However, we hope to get at least our 75 percent target of our numbers.

Ekta: What would it scale down to?

A: Year or year last year.