Aurobindo's topline can swell by $350 m with Teva buy: PL

Indian pharmaceutical companies Aurobindo and Intas are among the final contenders for Teva‘s generic drug business in UK. The strategy will help the companies expand their European business.


Pharmaceutical companies Aurobindo and Intas are among the final contenders for Teva’s generic drug business in the UK. The strategy will help the companies expand their European business.

Speaking to CNBC-TV18, Surajit Pal of Prabhudas Lilladher says that Teva’s generic business will benefit Aurobindo and Teva both but will depend upon the final deal valuation.

A deal value of USD 600-800 million will be favorable for the companies, he adds. Aurobindo, if it acquires Teva, can add up to USD 350 million to its topline growth and USD 100-110 million to operating profit, Pal says.

Below is the transcript of Surajit Pal’s interview to Ekta Batra & Prashant Nair.

Ekta: Want to start with your thoughts on Aurobindo Pharma and whether that likely Teva acquisition of the European portfolio will benefit them.

A: There are quite a bit of bidding fight going on, around three-four guys, but major fight between Aurobindo and Intas. So, Aurobindo and Intas, both are trying to strengthen their European business and that is why it is beneficial for both of them, whoever will take it. But it also depends on what valuation they are going to get it. So my call is that if the value is below USD 800 million then definitely it will be a very good deal.

Ekta: The other stock that I actually wanted to ask you about is Claris Lifesciences. I know you do not look at it, but the stock is down 5 percent. We do understand that there are no data integrity observations, but it also comes at a time where there is a strong buzz about them possibly selling their injectibles business or it being on the block. What is your sense? 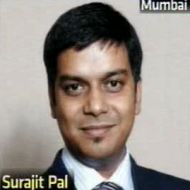 A: Their major business, they have sold off already to Takeda, so whatever the injectibles business has been leftover, it is mainly non-oncology and antibiotic space. I doubt that they will find many buyers into that segment because majority of the guys does not want to get into that area unless and until they have already the portfolio in that. So, over there, strong competition in injectbles, so I am not very positive on that news.

Prashant: Just to go back to Aurobindo, would them actually buying this asset, and it had to raise money as well, would it be return accretive or dilutive, say for example from a three year perspective for Aurobindo?

A: Given what they information which I received from the Teva’s sell-out of those assets under the instruction of European commission, the topline addition will be roughly around USD 350 million and earnings before interest, taxes, depreciation and amortisation (EBITDA) level will be addition of around USD 100-110 million. So, what will happen is that definitely it will be EBITDA accretive and it all depends on how much the total value of deal. If it is USD 600-800 million and they could manage 2.5 percent of debt if I go by the current value of their debt in terms of their interest cost. So that kind of debt and equity combination will definitely be earnings per share (EPS) accretive, if the deal is between USD 600 million and USD 800 million.

How India could improve cancer treatment