Upcoming Event:Join us for New HorAIzon from Oct 6-7, 2pm and be a part of exciting conversations on tech & innovation
you are here: HomeNewsBusinesscommodities

Looking ahead, prices may lose some of its heat in the coming days as investors take a hard look at supply and demand fundamentals.

File Photo: Sheets of copper cathode are pictured at BHP Billiton's Escondida, the world's biggest copper mine, in Antofagasta

Copper rallied to yearly highs in domestic and LME platforms spurred by supply concerns and faster economic recovery in China. Though the US-China tensions and rising virus cases across the globe kept the market sentiment subdued, the metal swiftly regained momentum by gaining more than 45 percent.

The outbreak of COVID-19 adversely hit the global economic activities and the demand for industrial metals. Many of the widely used industrial metals dropped to multi-year lows on concerns over demand. The panic selloffs triggered in March took copper to a four-year low in both LME and MCX platforms. However, the metal dramatically came back in the second quarter with LME prices rising to two-year highs and MCX futures jumping to a seven-year peak.

Fast economic recovery of the world's largest base metal consumer lifted the trend of copper. China's economic recovery in the second quarter ended June was faster than analysts expected as GDP numbers grew to 3.2 percent. The country returned to growth backed by strong industrial numbers which went up 4.4 percent year-on-year.

The swift recovery of the economy was due to a raft of measures taken by the government. Chinese policymakers have rolled out measures like more fiscal spending, tax relief and cuts in lending rates and bank's reserve requirements to revive the economy and support employment. At the same time, domestic consumption and investment remained weak, indicating the need for more policy support to bolster the recovery. 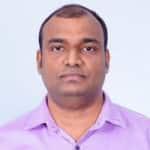 China's gross domestic product data and other indicators will be closely scrutinised around the world as many countries continue to grapple with the pandemic. China has largely managed to contain the outbreak and has begun to restart its economic engines. China's economy was the first in the world to be jolted by the pandemic and has been recovering during the last three months.

Signs of economic recovery have been reported by the US and European Union as well. US Industrial production and new home sales data jumped after constrains in March and April. Latest data showing Eurozone manufacturing activity is also pointing to a reversal.

Growing fears of disruption of copper output from the top producer Chile is the other reason for the metal to skyrocket. The worsening coronavirus situation in the country has triggered growing concerns over mining activities and output of the metal.

Due to the tight restrictions on mining activities, market surplus of the commodity in the country has also been drastically marked down. To prevent the spread of virus, Chile's state-owned copper miner Codelco has halted operations at its biggest smelter and refinery in Chuquicamata division. The country projected a decline of 2,00,000 tonnes of output that represents 3.5 percent of the country's 2019 production due to the impact of the pandemic.

Looking ahead, prices may lose some of its heat in the coming days as investors take a hard look at supply and demand fundamentals. Increased virus infections in countries like the US may overshadow improved demand for Chinese exports. A decline in speculative interest on the commodity may also lead to a price correction.

On the price front, LME futures may trade in a tight range of $6,600-$5,400 a tonne initially and breaking any of the sides would suggest fresh directions. In MCX, Rs 515 per kg would act as an immediate upside barrier. A close above the same is required to lift prices further higher. Else, there is a chance of corrective selling pressure.

The author is Head Commodity Research at Geojit Financial Services.