The acute water shortage across the country has caused shut-down of some major power plants. CNBC-TV18's Archana Shukla has the details.

The acute water shortage in Maharashtra has hit the power generation companies hard and the latest to feel this heat is Adani Power, which has shut down four of its five plants at Tiroda totaling 2,640 megawatt.

According to central water commission's latest data, 91 major reservoirs across the country have just 19 percent of the total storage capacity. In Maharashtra, out of the total 25 major dams, 4 dams have dried up completely and 7 others have water storage less than 12 percent.

In this scenario as drinking water has become the priority, water supplies for industries has been curtailed to a large extent.

So the impact is not only on the Tiroda power plant. Mahagenco's Parli thermal power station in Beed district has been under outage due to water shortage since June-July 2015, while many others are operating at reduced capacity.

The situation pan-india is no different. Last month, MRPL had to initiate a partial shutdown of certain units, considering the acute water shortage in Dakshina Kannada district of Karnataka. 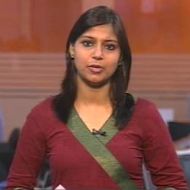 NTPC shut down five units of its Farakka power plant in West Bengal in mid-March owing to abysmally low level of water in the Farakka feeder canal.

While the power minister is talking on improving water utilisation at these thermal power units, a larger focus needs to be given to this looming water crisis.