172@29@17@248!~!172@29@0@53!~!|news|business|cnbc-tv18-comments|7-reasonsmarketstakingbeating-george-soros-1048089.html!~!news|moneycontrol|com!~!|controller|infinite_scroll_article.php!~!is_mobile=false
Subscribe to PRO at just Rs.33 per month. Use code SUPERPRO
you are here: HomeNewsBusinessCNBC-TV18 Comments

7 reasons why markets are taking a beating: George Soros

Billionaire financier George Soros sounded downbeat about the global economy. He said it was going to be a difficult year and that the balance was to the downside

Billionaire financier George Soros no doubt is a widely followed voice across world markets. Below are the key seven points from the George Soros meeting.

The most critical one was that he compared markets today — the stock markets — to 2008. Of course, he differentiated the causes, then it was the sub-prime crisis, and now it is China. He said that it was going to be a difficult year; and 'the balance is to the downside'.

Speaking of the China problem, he talked about deflation and over indebtedness as the key reasons why China is seeing such difficulties in managing its shift to a new growth model of services and consumption-led one. He also said China has taken too long to change this growth model and he called this a hard landing. It is interesting he said that because not too many experts across the world have considered this a hard landing.

He put the current deflationary environment to China, lower commodity prices and to competitive currency devaluation. 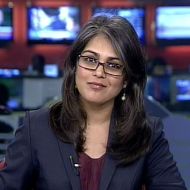 Speaking of the Fed, he said that the US Federal Reserve acted too late. He said the US is already slowing down, the Fed should reverse that rate hike but that may not help much because of the diminishing returns of an easy monetary policy. However, he was quite clear that he thought that the Fed had been wrong in raising rates when it did. He perhaps is not against the action in itself, he is against the timing and he thought that it could have been done earlier.

Soros is also extremely concerned about what the refugee crisis is going to do to the European Union (EU). He said: "The Russian economy and the European Union were both in a race to collapse and that the EU was winning this race." He spoke extensively on what he thought should be the solutions or issues to manage this refugee situation. He backed a martial plan suggested by the German Finance Minister. Suffice it to say that he feels it is critical that global economy pay attention to the consequences of this problem.

This one had the entire crowd in the dining hall laughing, he said Donald Trump is doing the work of ISIS. What he essentially means is that Trump was creating hatred against the religion which is exactly what ISIS wants.

What to bet on?

When he was asked what or how to play the markets in such an environment, he didn't answer directly, except to say that he went short on S&P and currencies of raw material countries and Asian countries and he said 'I have been long on the dollar'. So, that is what he said about his investment strategy in these volatile markets.

He sounded downbeat about the global economy. He said it was going to be a difficult year and that the balance was to the downside.