MC Interview | Our Mars Mission 'tore up the rule book', accomplished in half the time and budget: UAE Minister Sarah Al Amiri

Sarah Al Amiri, in an interaction with Moneycontrol, shares how the Emirates Mars Mission was able to change the mindset, its wider impact on the Arab youth and why the country's space programme has parallels with the setting up of Jebel Ali - now the world's top commercial harbour - back in the 1970s.

The United Arab Emirates (UAE) earlier this month celebrated the first anniversary of becoming the only Arab nation and fifth in the world to reach Mars. The trailblazing team that is credited for the success of Al-Amal or 'Hope' probe - which successfully reached the Martian orbit on February 9, 2021 - is led by 35-year-old Sarah bint Yousef Al Amiri, the UAE's Minister of State for Advanced Technology. 'Her Excellency', as she is formally referred to, is also the head of the UAE Space Agency. In an email interaction with Moneycontrol, Al Amiri shares how the Emirates Mars Mission (EMM) was "able to tear up the rule book", its wider impact on the Arab youth and why the country's space programme has parallels with the setting up of Jebel Ali - now the world's top commercial harbour - back in the 1970s.

Edited excerpts from the interview.

The success of Hope Probe certainly has relevance for the UAE. But, does this also mark the resurgence of an era of science in the Arab world?

Yes, I believe it does. The naming of the Emirates Mars Mission’s probe as ‘Amal’ or Hope, was always intended to symbolise that anything is possible, that a young team and a young nation can aspire to reach for the stars and that young Arabs can share that aspiration and, indeed, realise it. We are seeing a tremendous increase in focus and interest in space and indeed in research and science across the region and I think that is at least in part a product of the fact that EMM has shown young people that it is possible, that they can dream and take inspiration and turn those dreams and inspirations into reality. That shift in mindset alone is a huge thing – for young people to be thinking forward, to realise that they can do these amazing things. You cannot put a price on that. UAE Minister Sarah al-Amiri (L) and MHI Senior VP Naohiko Abe (R) celebrate the success of H-2A rocket launch at Japan's Tanegashima Space Centre on July 20, 2020. (Image: AFP/Mitsubishi Heavy Industries)The UAE space programme is gearing up. Where does the country see itself in the next five years? Will it be able to compete with the likes of Russia, the US, the European Union, and India who have made a mark for themselves in the realm of space exploration?

We don’t see ourselves as competitors. One of the things I love about space is its inherent reliance on collaboration and internationalism, which are key values for the Emirates and values I personally feel passionate about. I don’t see what’s gone before necessarily has to define our future, either. In many ways, EMM tore up the rule book, our spacecraft design contains innumerable innovations derived from a different approach to mission planning, design and execution.

We encompassed heritage wherever possible but also lost no time in challenging heritage thinking, processes or procedure where we thought we could innovate a smarter way. We developed a mission in something like half of the conventional timescale and at something like half of the conventional budget. I like that we can now look back and celebrate it as unconventional. But our team spans the Emirates, Europe, Far East and America, we collaborate with other agencies around the world constantly and actively seek that collaboration.

In many ways, EMM tore up the rule book, our spacecraft design contains innumerable innovations derived from a different approach to mission planning, design and execution.

The UAE space sector, according to the government, is described as one of the "most prominent sectors of the future economy". This implies that it will be one of the key factors that will shift the UAE away from being only an oil-based economy. Can you explain how the space sector will strengthen the Emirati economy?

You have to look ahead, as far ahead as you can and then challenge yourself to go further. When Sheikh Rashid built Jebel Ali back in the 1970s, people thought he’d lost his way – the world’s largest man-made harbour, which it remains to this day, to serve an economy that had only just emerged from being based on traders around a creek? At that time, it seemed insane, yet today we can look back and see the sheer extent of the vision that drove that development. We’re investing in space today with the same sort of eye to the future: the Emirates is planning its next five decades, including defining principles for that period called ‘the principles of the 50’. These are our guidance moving ahead as a nation. And within that, we have a strategic commitment to the development and growth of our space sector, as a vibrant and dynamic sector that provides the co-location, communications, resources and brilliant minds that will drive entrepreneurialism, development, innovation and commercial opportunity based around space-related and space-derived innovation.

From small scale satellites and big data management through to building heritage and capability in deep space exploration that drives innovation and advanced research, we’re building global opportunities for young thinkers, dreamers, researchers and scientists from around the world to work with the Emirates, come to the Emirates and set up facilities, operations and startups or work with us to develop global commercial launchpads. 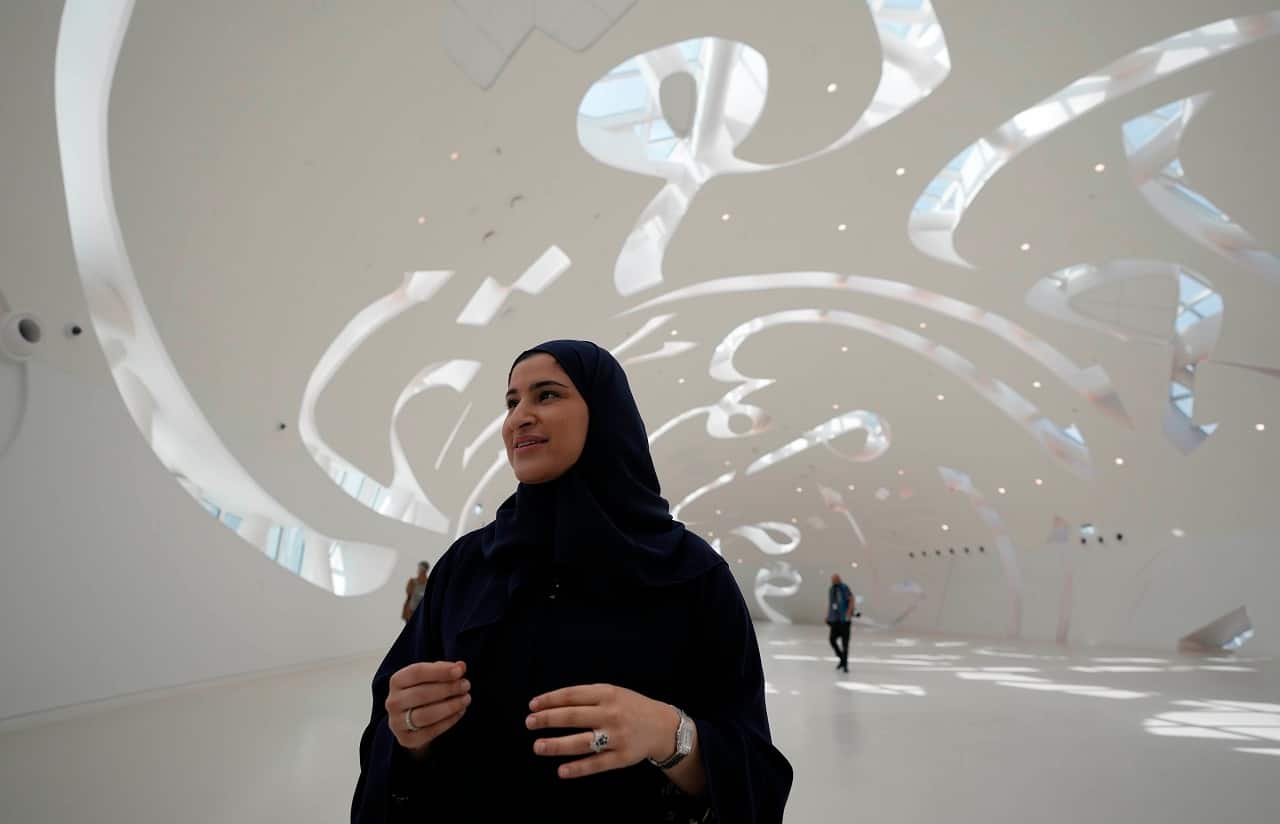 Do you believe that your journey (an Iranian-origin woman reaching the helm of Emirati space programme) will empower more women to take up challenging roles in the Arab world?

I don’t see my journey as being outstanding or inspirational in any way. There are thousands of people in the Emirates who are more inspirational figures, both men and women, and both Emiratis and those who have come here from around the world to build better futures. We are all blessed with potential and with encouragement and opportunities we can realise that potential. I see it as part of my work to contribute to building an environment where anyone can fulfil that potential to the degree that brings them safety, security, satisfaction and happiness. Do I see that as a gendered thing? No.
Invite your friends and family to sign up for MC Tech 3, our daily newsletter that breaks down the biggest tech and startup stories of the day
Mohammed Uzair Shaikh
Tags: #Jebel Ali Free Zone #Mars #Sarah Al Amiri #UAE #UAE Space Agency
first published: Feb 27, 2022 05:02 pm