Limited Period Offer:Be a PRO for 1 month @Rs49/-Multiple payment options available. Know More
you are here: HomeNewsWorld
The explosion at Natanz, months after then Iranian nuclear programme chief's assassination, comes as a major setback for the country's security establishment. Speculations are rife that it may derail the ongoing nuclear deal negotiations, while putting Tehran and Tel Aviv on collision path.
Updated : April 17, 2021 / 05:31 PM IST

The Iran-Israel conflict is at centre of the tumultuous geopolitics in the Middle East. When the centrifuges crashed at Iran’s underground nuclear fuel production site at Natanz on April 11, many suspected the involvement of Tehran’s archfoe.

Israel has neither denied nor confirmed its involvement but suspicion gained steam after Tel Aviv’s Kan public radio cited intelligence sources to claim that the country's surveillance agency Mossad had carried out the cyber-attack that led to the nuclear sabotage at Natanz.

The New York Times also reported, citing American and Israeli intelligence sources, that Tel Aviv was involved in the attack on the facility that is at the heart of Tehran’s uranium-enrichment programme.

In Iran, the public and political sentiment has further intensified against the “Zionists” as the country has vowed to avenge the act of "nuclear terrorism". 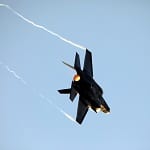 Has the attack pushed Iran and Israel closer to war?

Zarif called the Natanz explosion a "dangerous, reckless sabotage", an act of "nuclear terrorism", a "grave crime of war" and reiterated that this "won't go unpunished".

Apart from sharpening the rhetoric, Iran has also initiated the process of increasing uranium enrichment to 60 percent -- closer to the 90 percent-level required for nuclear weapons.

Even as Iran appears to be escalating the issue, it would refrain from entering into a full-fledged war, experts say.

"Iran lacks both the will and the capability to wage a full-fledged war against Israel, which it will undoubtedly lose. Despite loud claims of missile development milestones, Iran's military capability is a mirage, thanks in large part to insufficient testing and a lack of access to advanced technology and equipment that the West forbids the Iranian military from acquiring under sanctions. On the other hand, Israeli capability is cutting-edge and among the world’s best," said Dr. Sujata Ashwarya, Associate Professor, Centre for West Asian Studies, Jamia Millia Islamia University.

A war will not serve Israel's interests either, as the country's primary goal, as stated by Prime Minister Benjamin Netanyahu, is to only prevent Iran from obtaining nuclear capability.

"Additionally, Israel is unlikely to receive US approval for an all-out war, first and foremost because the US does not want to become embroiled in regional conflicts and overextend itself, as it did in Iraq and learnt a bitter lesson, and secondly, because the US under the Biden administration prefers to negotiate with Iran, contain it, and focus on the myriad problems confronting America," she added. 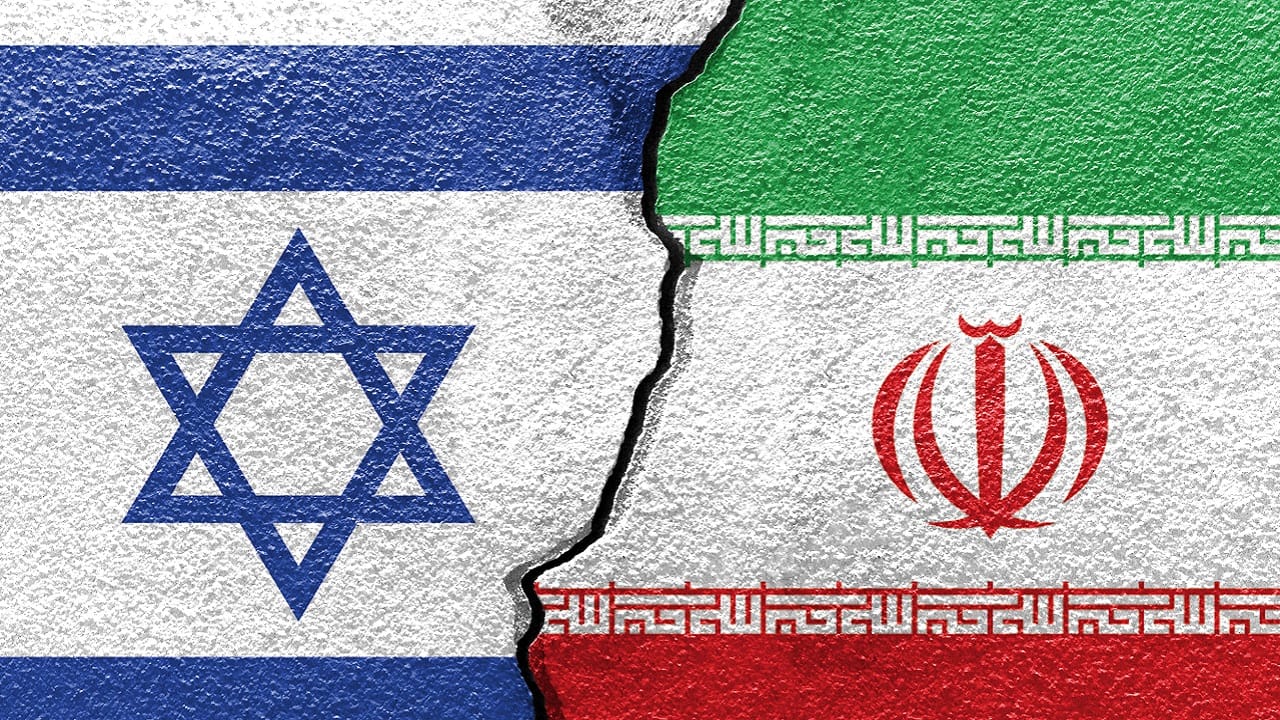 Additionally, both Tehran and Tel Aviv realise that a full-blown military confrontation would leave a vast section of their civilian populations vulnerable to fatal attacks.

The Iran-Israel military conflict “would quickly become existential in the sense that both sides would seek to inflict the maximum possible casualties on its opponent, and to destroy its ability to recover as a nation,” security analyst Anthony H Cordesman argued in a study conducted for the Center for Strategic and International Studies (CSIS). 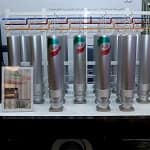 Iran's announcement on April 12, to increase uranium enrichment to 60 percent, signalled a hardening of stance ahead of the next round of negotiations in Vienna, Austria.

The 2015 nuclear deal had restricted Tehran from enriching uranium beyond 3.67 percent. It was raised to to 20 percent after the US, under then president Donald Trump, walked out of the Joint Comprehensive Plan of Action (JCPOA) in 2017 and imposed crippling sanctions against Iran.

The Natanz incident, an alleged Mossad operation, has infuriated Iran to the extent that Iranian President Hassan Rouhani, on April 15, warned of enriching uranium to weapon-grade 90 percent.

Iran's Supreme Leader Ayatollah Ali Khamenei also upped the ante, warning the government against holding “protracted talks” with the US.

"Most of the proposals by the Americans are arrogant and contemptuous. They are not worth looking at," Khamenei said in his public address on the first day of Ramadan.

The hard line drawn by the Iranian leadership, triggered by the alleged Mossad attack, indicates a setback to the diplomatic efforts that led to the initiation of nuclear deal negotiation.

The Natanz incident is “not only sabotage of centrifuges” but also “sabotage of diplomacy”, Marc Finaud, the head of arms proliferation at the Geneva Centre for Security Policy, said in a briefing to reporters at the UN office of Geneva on April 12. “It is a major attempt to stop the process of restoring the Iran nuclear deal,” Finaud noted.

Ashwarya of Jamia Millia, however, claimed that Tehran is more inclined towards the JCPOA accord considering its economic, strategic and geopolitical challenges. The country is "experiencing a severe economic crisis" and is "eager to exit the sanctions web", she said.

"Iran desires a deal with the US, and whatever it does in so-called retaliation will be a self-inflicted wound. And, given its current circumstances –– regional isolation, estrangement from Europe, a lack of friends and increasingly at the mercy of a loan shark China –– Iran is more than capable of doing so as a cry for help. That is not a position to be envied," the expert added. 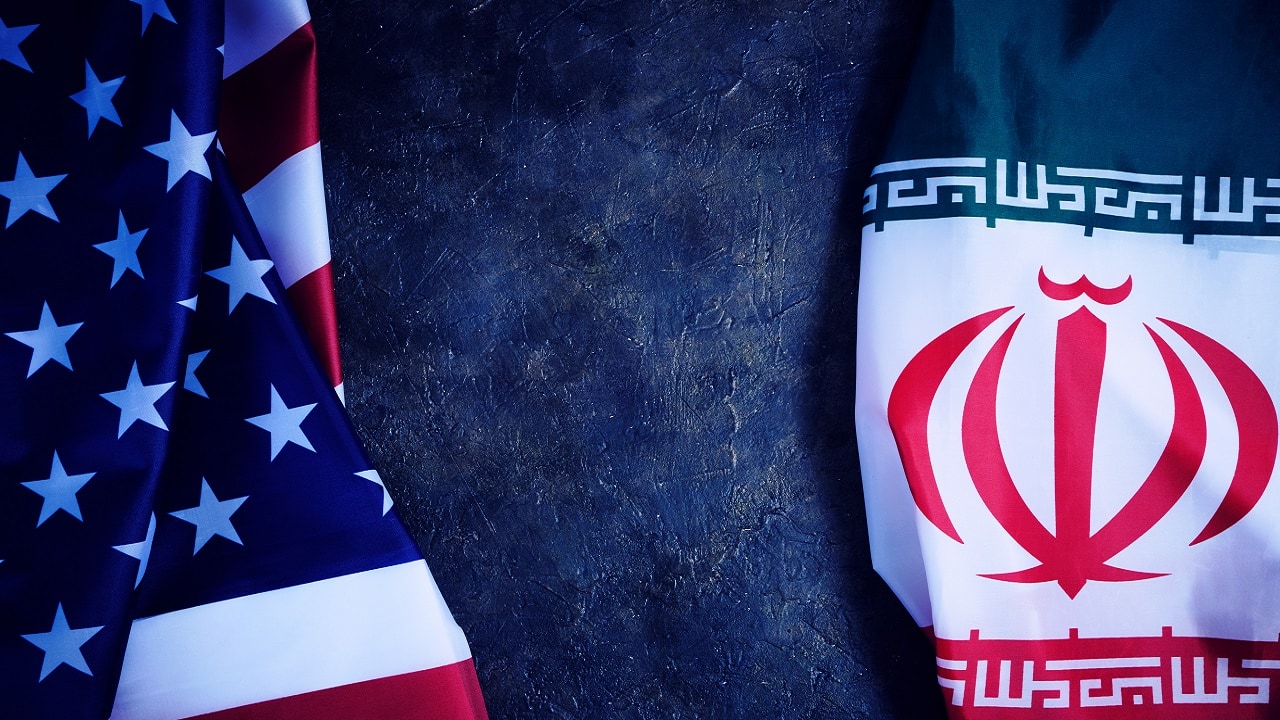 Flags of the United States and Iran (Representative image: Shutterstock) 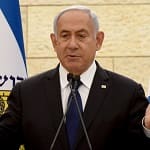 The alleged Israeli attack could serve the purpose of strengthening Netanyahu's domestic political clout, at a time when he is struggling to hold a parliamentary majority.

"Netanyahu has personal reasons to sabotage the (nuclear deal) talks as well. He has been unable to create a governing coalition since last month’s elections. He is under criminal investigation for corruption. Sowing a climate of fear and crisis is his best hope for holding on to power," veteran analyst Fred Kaplan stated in his column for Slate.

Some experts, however, stressed that the democratic institutions of Israel will not let Netanyahu skip accountability on the pretext of Iranian threat.

"Anyone familiar with Israel is well aware that if Prime Minister Netanyahu is found guilty of the corruption and criminal charges he is facing, no foreign policy tool, least of all an attack on Iran, will be able to save him. Israel is a democracy with such strong rule of law that its former president (Moshe Katsav) and former prime minister (Ehud Olmert) have both been indicted and imprisoned," Ashwarya said. Israeli Prime Minister Benjamin Netanyahu at a memorial ceremony for fallen soldiers at the Yad LeBanim House in Jerusalem on April 13, 2021. (Image: AP)

Iran under heightened pressure to retaliate?

The assassination of Iran's nuclear programme chief Mohsen Fakhrizadeh in November 2020 was a major embarrassment for the country's security establishment.

The Islamic Revolutionary Guard Corps (IRGC), a wing of the Iranian armed forces tasked with preventing foreign interference and military coup, is considered to be under heightened pressure to retaliate considering that an Israeli radio broadcaster has publicly attributed Mossad's role in the Natanz incident.

According to analysts, the fallout could be seen in the Persian Gulf where the tit-for-tat vessel attacks may escalate.

The Bahamas-flagged vehicle carrier Hyperion Ray was targeted off the United Arab Emirates coast on April 12, a day after the explosion at Natanz.

Unnamed Israeli officials, quoted by the country's Channel 12, blamed Iran for the "missile strike" on the vessel. Tehran, however, did not claimed responsibility.

This came days after another Israeli-owned vessel Lori was attacked in the Arabian Sea on March 25, with Iran being blamed as the perpetrator of the missile strike.

A vessel owned by Tel Aviv-based Ray Shipping Ltd., the Helios Ray, was also attacked in the Mediterranean Sea last month. Israel had blamed Iran for the assault. Experts are, however, unsure whether Iran, through its retaliatory moves, is capable of causing damage to the extent it suffered at Natanz.

"I am unsure whether Iran is capable of retaliating, and I am also uncertain about the effectiveness of Iran’s retaliation. Iran’s hit-and-run operations in the region over the last few years have had a limited impact, whether it was the September 2019 attack on Saudi Aramco’s oil processing facilities in Abqaiq and Khurais in eastern Saudi Arabia, or the recent missile attack on the ship MV Hyperion Ray bound for the UAE from Kuwait. At best, Iran can sabotage Israeli assets in the Middle East via proxies," Ashwarya said.

Some analysts, however, have pointed towards the robustness of Iran's Quds Force - the military unit specialising in secretive operations - as demonstrated in the alleged attack on a Mossad base in Iraq's Kurdistan.

Iraq's Sabreen News, citing sources, had reported that an intelligence agent was killed in the attack in Kurdistan on the night of April 15 and several Mossad personnel were injured. A day later, however, official authorities in Kurdistan rejected the reports.

"The reported Iranian attack on a Mossad base in Kurdistan, Iraq, claimed by the Iraqi news outlet Sabereen News, which is affiliated with Iran-backed militias in the country, has now been proven to be false, with the Kurdistan Regional Government (KRG) categorically denying it," Ashwarya pointed out.

The KRG also stated that there is no Mossad base in Iraq’s Kurdistan region. The entire episode demonstrated "Iran's propaganda machine’s frailty", the Jamia Associate Professor said, adding that "even if an attack occurred, the narrative was quickly undermined by a counter-narrative." 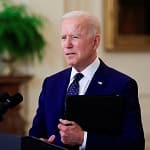 US and Israel’s response to Natanz incident

The White House was quick to distance itself from the incident. Jen Psaki, Biden administration’s press secretary, said “the US is not involved” in the attack in any manner. “We have nothing to add to speculation about the causes,” she added, at the press briefing on April 12.

Psaki also noted that the US was committed to hold negotiations in Vienna which both sides have agreed upon. “We expect the diplomatic discussions to continue … They will be difficult and long,” she said, adding that the US has not received any indication of change in Iran’s participation in the negotiations.

Defense Secretary Lloyd J Austin III, who landed in Israel for an official visit on April 11 -- the day when the explosion took place at Natanz –– made no mention of Iran in the two press briefings he held before leaving the country a day later.

Israel, which refrained from officially admitting the "role" of Mossad in the clandestine operation, reiterated its hardline approach against the Iranian regime.

“My policy as prime minister of Israel is clear: I will never allow Iran to obtain the nuclear capability to carry out its genocidal goal of eliminating Israel,” news agency AP quoted Netanyahu as saying on April 12. “And Israel will continue to defend itself against Iran’s aggression and terrorism,” he added. Notably, the last time when the nuclear production facility in Natanz was targeted in September 2010 using the Stuxnet malware, it had emerged as a joint Israeli-American cyber operation. The malware attack was secretly approved by the then US commander-in-chief, Barack Obama, the NYT had reported.

Biden, whose administration denies involvement in the fresh attack on the Natanz plant, was incidentally the vice president a decade ago when Obama had “ordered” the clandestine operation.