The Tippling Point | Kahlua, made with locally sourced Arabica coffee, vanilla and rum

The name Kahlua is an Arabic slang word for 'coffee.' The name is also firmly rooted in Mexican culture. In local dialect, it meant 'House of the Veracruz.'

You cannot take away Veracruz, that port state in eastern Mexico, from the drink since it is where Kahlua was born in 1936. (Photo: Taylor Beach via Unsplash)

How do you like your coffee? Cappuccino? Latte? Americano? How about throwing a little rum into it? This was the question a few friends in Mexico were tossing around during a casual chitchat in the 1930s.

Here is a businessman, two brothers, and a chemist. Senor Blanco, the businessman, only had to float the idea. The chemist, Montalvo Lara, took it and promised he could do wonders if the others could get him some good Arabica coffee beans. Luckily, the Alverez brothers at the table were already in the coffee industry. Together, they worked out a formula that included coffee beans, corn syrup, rum, and vanilla bean and successfully captured the essence of the rural life of Veracruz, Mexico, in a bottle. Kahlua, the legendary coffee liqueur was born.

The name Kahlua is an Arabic slang word for 'coffee.' The name is also firmly rooted in Mexican culture. In local dialect, it meant 'House of the Veracruz.' Yeah, you cannot take away Veracruz, that port state in eastern Mexico, from the drink since it is where Kahlua was born in 1936.

The drink is made from 100% Arabica coffee sourced from the locality (but the name they use is not coffee beans), but coffee berries.

The trees are planted at high altitudes from where they get an abundance of sunlight. Finally, they are harvested, and dried out before being added to the rum distilled from sugarcane which is also sourced from Veracruz. The elaborate procedures of roasting and blending ensure that you'd never forget the intense flavour and impressive finish of coffee you get from a sip of Kahlua. The vanilla added in Kahlua is also produced locally. And how many of you know that it takes seven years to make the drink?

It's the time the coffee beans in Kahlua take to get ripe to become an iconic drink.

Kahlua became a hit ever since it landed in America. It once again received huge attention in the 1960s when the Kahlua ladies took over. The entire team was now made up of women, something spectacular in a period when the ideas of gender equality were blossoming from many quarters. It all began when Maria del Pilar Gutierrez Sesma took over as operations manager and general manager of the company.

Kahlua hogged the limelight when the White Russian cocktail that demanded Kahlua as its chief ingredient hit California in 1955. The invention of Espresso Martini which includes ice, vodka, Kahlua and espresso took the drink to new heights. Kahlua website insists that to make the perfect cocktail, you have to shake the cocktail for 20 seconds before your strain it into a martini or cocktail glass. 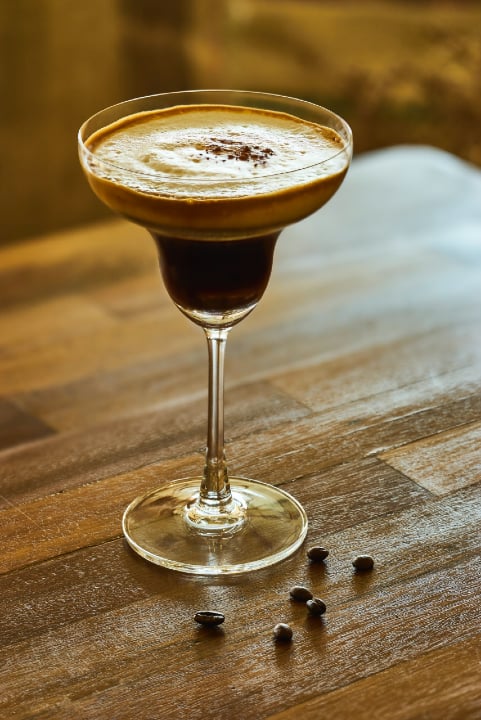 In addition to acting as one of the major ingredients in many a cocktail, Kahlua also plays cameo roles in many Italian dessert dishes. Pour a bit of Kahlua over your favourite ice-cream or gelatto to see what magic your taste buds experience. The Italians also incorporate Kahlua in their cake recipes.

So how should you treat Kahlua as a drink?

In pure form Kahlua is served chilled. Mixing it with cream or milk is kosher. Perhaps the best way to meet Kahlua is to take it on the rocks or mix it with coffee (mind the splurge in caffeine). Take time to read the label when you get a bottle. Only in England, Denmark and Mexico, the original drink is produced.

February 27 is the national Kahlua day. The right day to send someone (even this writer) a bottle of Kahlua, with love.